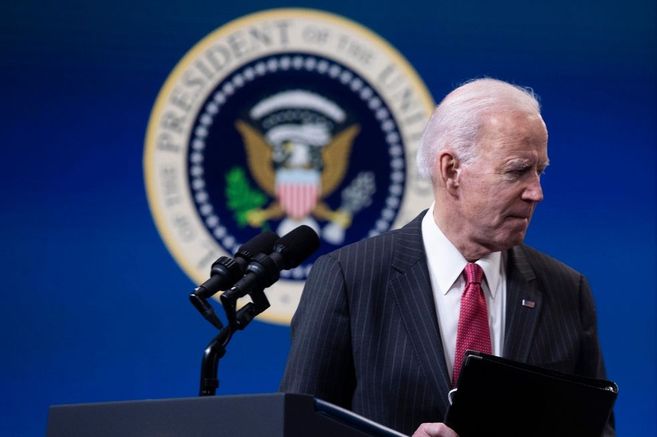 A coalition of twelve states, including Arizona, Ohio, Nebraska, is suing President Joe Biden. The rebellion of Republican officials against the Democratic directives continues.

US President Joe Biden has been sued by a twelve-state coalition with Republican attorneys general over an executive order he signed in January aimed at protecting the environment and curbing the climate crisis.

The plaintiff states are Arkansas, Arizona, Indiana, Kansas, Montana, Missouri, Nebraska, Ohio, Oklahoma, South Carolina, Tennessee, and Utah. Prosecutors in these states, with a conservative ideology, consider that Biden does not have the constitutional authority to implement rules on the emission of greenhouse gases, but that this is a task that falls to Congress.

What did Biden order?

Hours after being sworn in as president, Biden signed Executive Order 13990, which asks federal agencies to calculate the social cost of greenhouse gas pollution.

And what is the social cost?

The social cost is the cost that society must face for the operation of a company. This is measured by the effects that the production of an economic activity can have on society, which can be both negative and positive. For these purposes we call them externalities.

An example of a positive externality is education, as it brings many benefits to the population. While a negative externality can be found in the purchase of a new car that emits gases. This has a negative cost for society in the long term due to gas emissions and the effects that these can have on people’s health.

With this understood, what Biden wants to do is carry out a projection to evaluate the pros and cons of carbon emissions and, based on this evaluation, be able to set a new dollar rate for carbon dioxide, methane and nitrous oxide emissions. .

See Also:  4 takeaways from day 2 of the January 6 hearing - Reuters

It may interest you: Crisis in Texas: Was the Green New Deal to blame for the great blackout?

All this implies that companies that use non-renewable energies, such as those linked to agricultural productivity, would see an increase in their expenses if they do not switch to a more planet-friendly process. And Republicans believe that thousands of jobs could be lost this way.

Experts have long debated what the exact cost per ton of carbon released into the atmosphere should be. Progressives point out, supported by science, that it should be much higher than the current one. Conservatives, sheltered by the wishes of the industries, say that the risks of climate change are being overestimated, and therefore the costs of carbon emissions and the benefits of regulations are being inflated.

We recommend: The United States officially returns to the Paris Agreement

“Establishing the ‘social cost’ of greenhouse gases is an inherently speculative, policy-laden, and indeterminate endeavor, involving trying to predict unknown contingencies such as future human migration, international conflict, and global catastrophes hundreds of years into the future. Assigning such values ​​is a legislative action par excellence that falls within the exclusive authority of Congress, ”says the lawsuit filed.

But those “unknown contingencies” that Republicans cite are not so unknown after all. The effects of climate change on the planet are evident, only that conservatives want to deny them to keep businesses linked to non-renewable energies afloat.

Former President Donald Trump dismantled the interagency task force of experts studying the social cost of greenhouse gases. It also reduced the value of a metric ton of carbon dioxide to roughly $ 1 to $ 6, when the team of experts had placed it at $ 45.

That price was used for numerous regulatory processes on gas emissions. This undoubtedly brought benefits for large companies, but a huge cost for humanity and especially for future generations. In 2020, the United States experienced a record 22 extreme weather disasters. The change was also driven by false arguments and ideological movements that were unaware of the reality of the danger of gas emissions.

Biden now wants to raise the cost of a metric ton of carbon dioxide to $ 51. This new estimate would lead to stricter regulations on greenhouse gas emissions. But it is still not enough. During the four years of the Trump administration, with the abrupt and dangerous adjustment of the social cost that was made without taking into account the scientific evidence, the world lost time, and the United States fell behind in the fight against climate change. The price a metric ton of carbon dioxide should be at should be $ 125, according to the Union of Concerned Scientists.

The Republicans’ lawsuits against Biden only seek to derail a plan that is expected to build a green and sustainable economy to benefit future generations and all Americans. However, this is the danger of passing such a project through an executive order that can be challenged in federal courts. In order for Biden to advance his agenda, he needs these bills to go through Congress.

We recommend: Donald Trump and climate change, a natural disaster