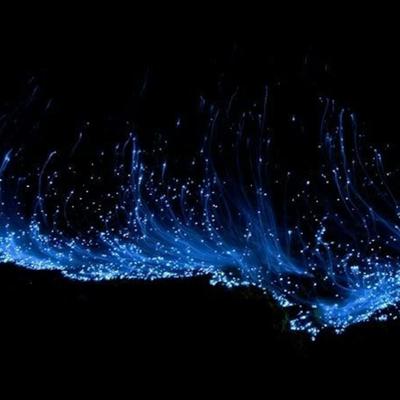 According to Duane De Freese, executive director of the Indian River Lagoon Council and the National Estuary Program for that ecosystem, he has blamed nutrients from human sources (such as septic tanks and fertilizers) for feeding the algal blooms that have ravaged the lagoon, including the devastating 2016 brown algal bloom that wiped out much of their vital habitat.

Similarly, the Pyrodinium bahamense Lagoon bioluminescent could also flourish uncontrollably if it feeds on too many nutrients that flow into the environment from outside sources.

The algae blooms have also contributed to the starvation of manatees, the affectation of fishing and the economic impact of the lagoon, translated into billions of dollars a year, says De Freese. Likewise, he points out that the bays of Old Tampa, Sarasota and Biscayne have suffered a similar impact.

The solution is to reduce the nutrients consumed by the lagoon, especially nitrogen and phosphorus, De Freese specifies. This includes updating and maintaining wastewater treatment plans to support the growing population and improving stormwater systems and sewer conversions.

Citizens, especially those who live on the water, can also play a role, he says, by reducing the pesticides, fertilizers and herbicides they use on their lawns.

“That’s a really good example of how strong economics can help conservation,” says De Freese. “People voted to raise taxes because this is a program worth it. Which wouldn’t happen if we weren’t financially sound.”

The locals hope that visitors will also be motivated to help protect the lagoon’s unique ecosystem.

Widder adds that seeing the bioluminescence of the lagoon is an experience that often stays in the memory of tourists for a lifetime. “It’s often considered one of his best experiences,” she admits. “And that can only have an impact on the desire to protect her.”