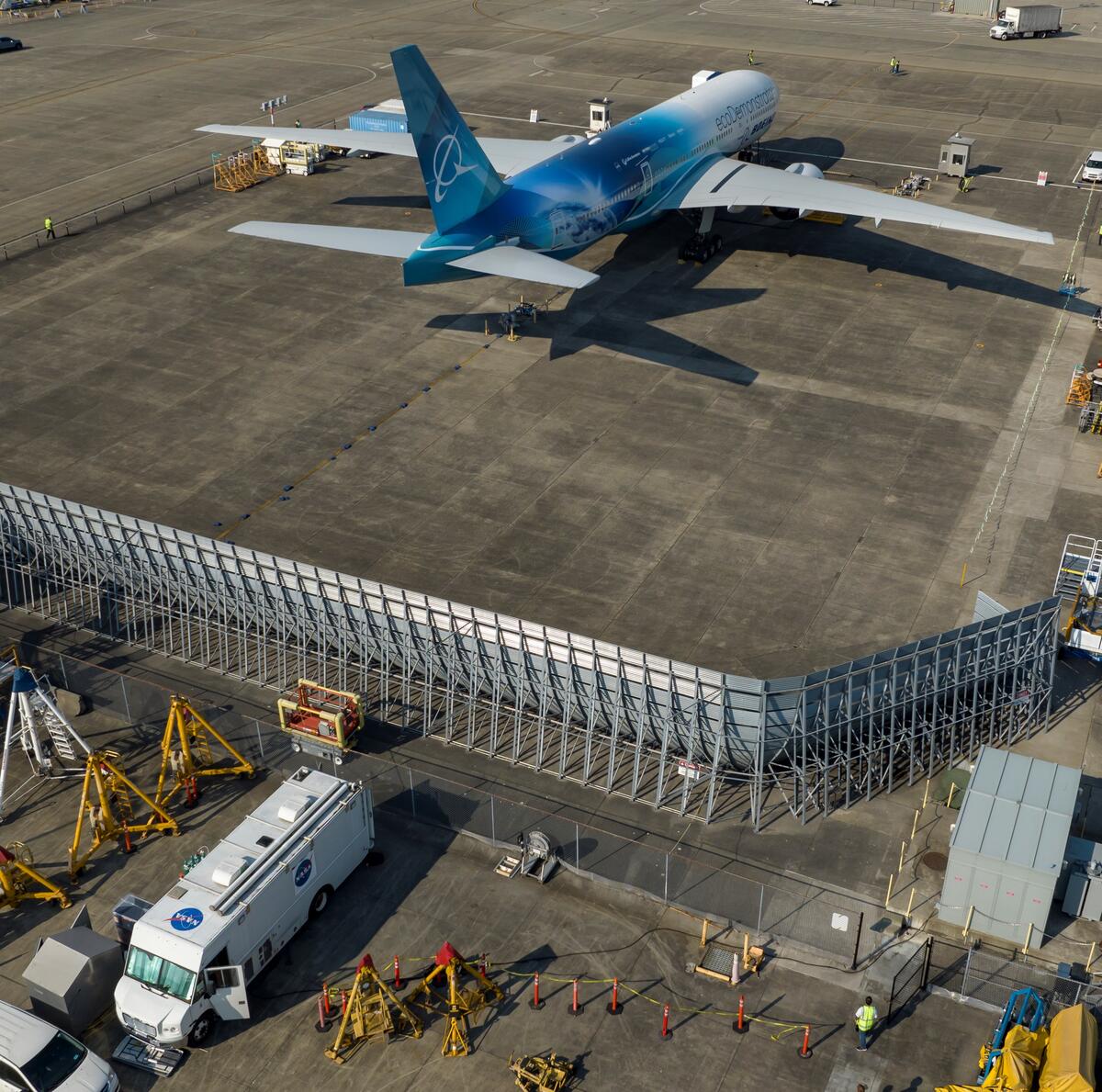 NASA and Boeing scientists are currently analyzing soot particle emissions from an aircraft whose engines burn different blends of sustainable aviation fuels. The goal is to find out whether the latter, consuming sustainable aviation fuels, produces fewer soot particles than traditional jet fuel. The tests were carried out with the Boeing eco-Demonstrator 777-200ER converted into a flying test bed. This is the second consecutive year that NASA and Boeing have partnered to study sustainable fuels for aviation. In the first year, 2021, the device used for this type of measurement was a Boeing 737-MAX 9 powered by LEAP-1B turbojets, a device attached to the Alaska Airlines fleet. This year’s Boeing ecoDemonstrator testing involved an aircraft powered by Rolls-Royce Trent 800 engines, which have been in service since 1996.

“Testing all of these different engine technologies helps us better understand how sustainable aviation fuel can positively impact air quality when engines are idling at airports, and the global warming potential of aircraft contrails. condensation in the atmosphere,” said Richard Moore, an atmospheric scientist at NASA’s Langley Research Center in Virginia. The researchers implemented Langley’s mobile laboratory, which was shielded from the 777-200ER’s powerful exhaust by a blast deflector. The lab’s comprehensive set of instruments enabled analysis not only of gaseous emissions, but also of particulates – soot and other aerosols – using a custom-made probe designed to interface with the baffle behind the plane.

Researchers are also incorporating lessons learned from last year’s fuel handling trials. After the sustainable fuel leaves the refinery, researchers must ensure that there is no contamination from the jet fuel as it moves through the national logistics system. “This is important because we are starting to realize that even minute concentrations of sulfur or aromatic chemicals in fuel can impact emissions,” Moore said.