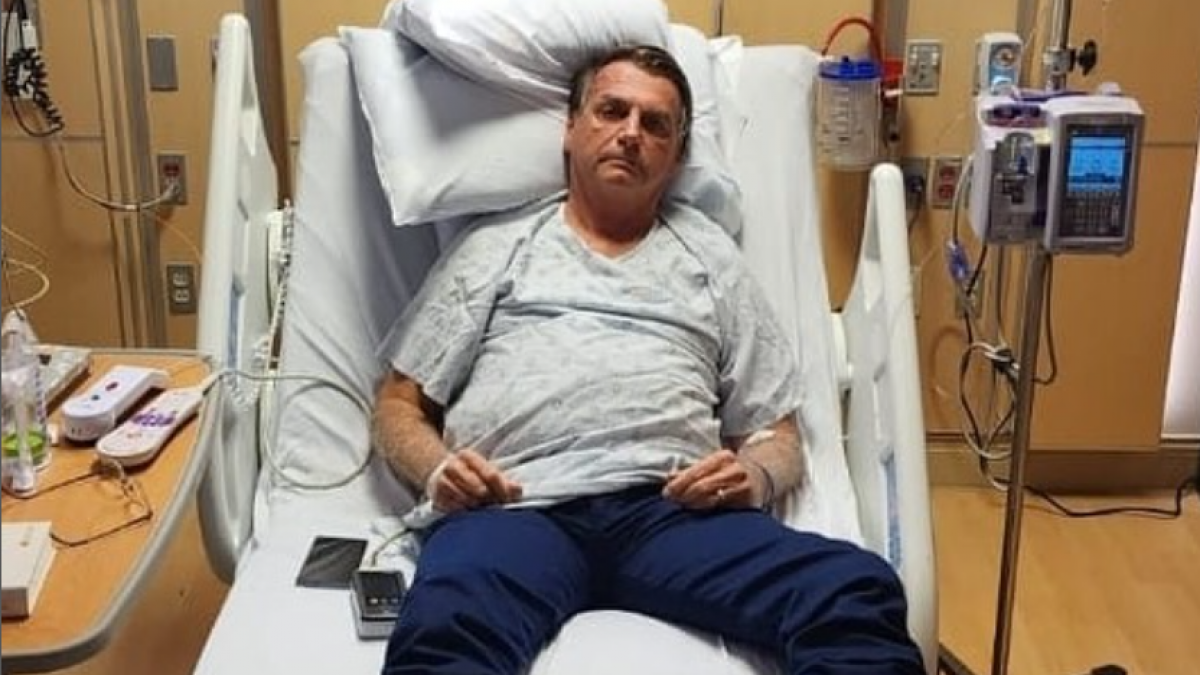 The former president of Brazil Jair Bolsonaro announced this Monday that he is admitted to a hospital in Orlando, in the United States, for an “abdominal adhesion” as a result of the surgeries he underwent after the attack he suffered in 2018.

“After the stab wound suffered in Juiz de Fora, I underwent five surgeries. Since the last one, twice, I had adhesions that led me to other medical procedures,” Bolsonaro published on his social networks with a photograph in a hospital bed.

For the same reason, the president explained, “a new adhesion was presented” that led him to be “hospitalized in Orlando”, a city where he arrived on December 30, two days before leaving office.

“Thank you for the prayers and messages of speedy recovery,” added the former ruler in his message.

In the photo, Bolsonaro is seen with catheters in both arms to receive serum and medication and with special shin guards on his legs, apparently to treat circulatory problems that came to the fore during the electoral campaign.

The former president’s wife, Michelle Bolsonaro, had already indicated on social networks that her husband is “under observation” in a hospital in the United States for “abdominal discomfort.”

These gastric problems, according to Michelle, are a consequence of the “stab that Bolsonaro received” on September 6, 2018 during an electoral act in the city of Juiz de Fora (southeast), and for which he had to undergo surgery several times. .

As a consequence of this attack, the retired Army captain has also suffered digestive system problems that have forced him to be hospitalized on various occasions during his tenure, which began in January 2019 and ended on December 31, 2022.

The former president left Brazil on December 30, two days before the inauguration of Lula, whom he has not yet congratulated on his victory in the elections last October, and headed for Florida with no official plan to return to his country. .

His hospitalization coincides with the frustrated coup attempt carried out on Sunday by thousands of his most radical followers in Brasilia, where they invaded and vandalized the headquarters of Parliament, the Presidency and the Supreme Court for four and a half hours.

Bolsonaro lukewarmly rejected the insurrection of his supporters who are calling for a military intervention with a coup and charged Lula, who accused the now ex-governor of “stimulating” his supporters to attack Brazilian democracy.