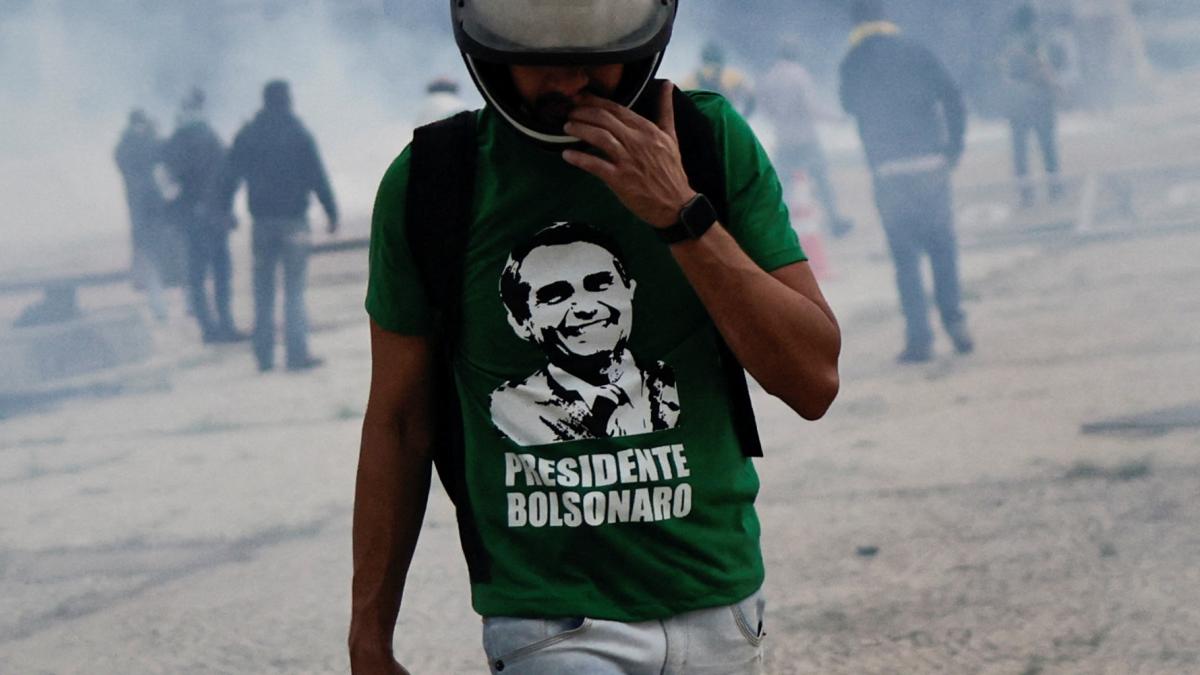 The former president of BrazilJair Bolsonaro, who is in the United States, this Sunday mildly failed the Coup attempt promoted by his radical sympathizers, who invaded the headquarters of the three powers in Brasilia.

“Peaceful demonstrations, within the law, are part of democracy. However, vandalism and invasions of public buildings such as those that occurred today, as well as those practiced by the left in 2013 and 2017, escape the rule,” the ex-president stated on his social networks.

The retired Army captain, who left power on January 1, repudiated in his message “the accusations, without evidence” made by the current head of state, Luiz Inácio Lula da Silva, who today reproached his predecessor for “stimulating” the coup acts of its most radical supporters.

“Throughout my tenure, I have always been within the four lines of the Constitution and defending the laws, democracy, transparency and our sacred freedom,” said the leader of the Brazilian extreme right.

Bolsonaro, who still does not openly admit his defeat in the elections on October 30, traveled to the United States two days before Lula’s inauguration without an official return plan.

From the time the elections were held until his departure for Orlando, the now ex-governor locked himself up in the official residence and minimized his public acts, while his most radical followers blocked several of the country’s main highways or promoted serious disturbances in Brasilia on the eve of the Lula’s inauguration.

This Sunday, thousands of these radicals, who have been asking for weeks at the gates of the barracks for an intervention by the Armed Forces to overthrow Lula and return Bolsonaro to power, invaded and destroyed the headquarters of Congress, the Presidency and the Supreme Court.

The coup protesters caused extensive damage inside these buildings and were only dispersed by security forces four hours later.

“Almost 200” of them have been arrested so far, according to Justice Minister Flávio Dino.

For his part, Lula promised to identify and punish the “fascist vandals” who “destroyed everything in their path” in Brasilia, and decreed federal intervention in the security area of ​​the Brazilian capital until January 31.

The measure means that Brasilia’s police forces will now be under the direct control of the central government.