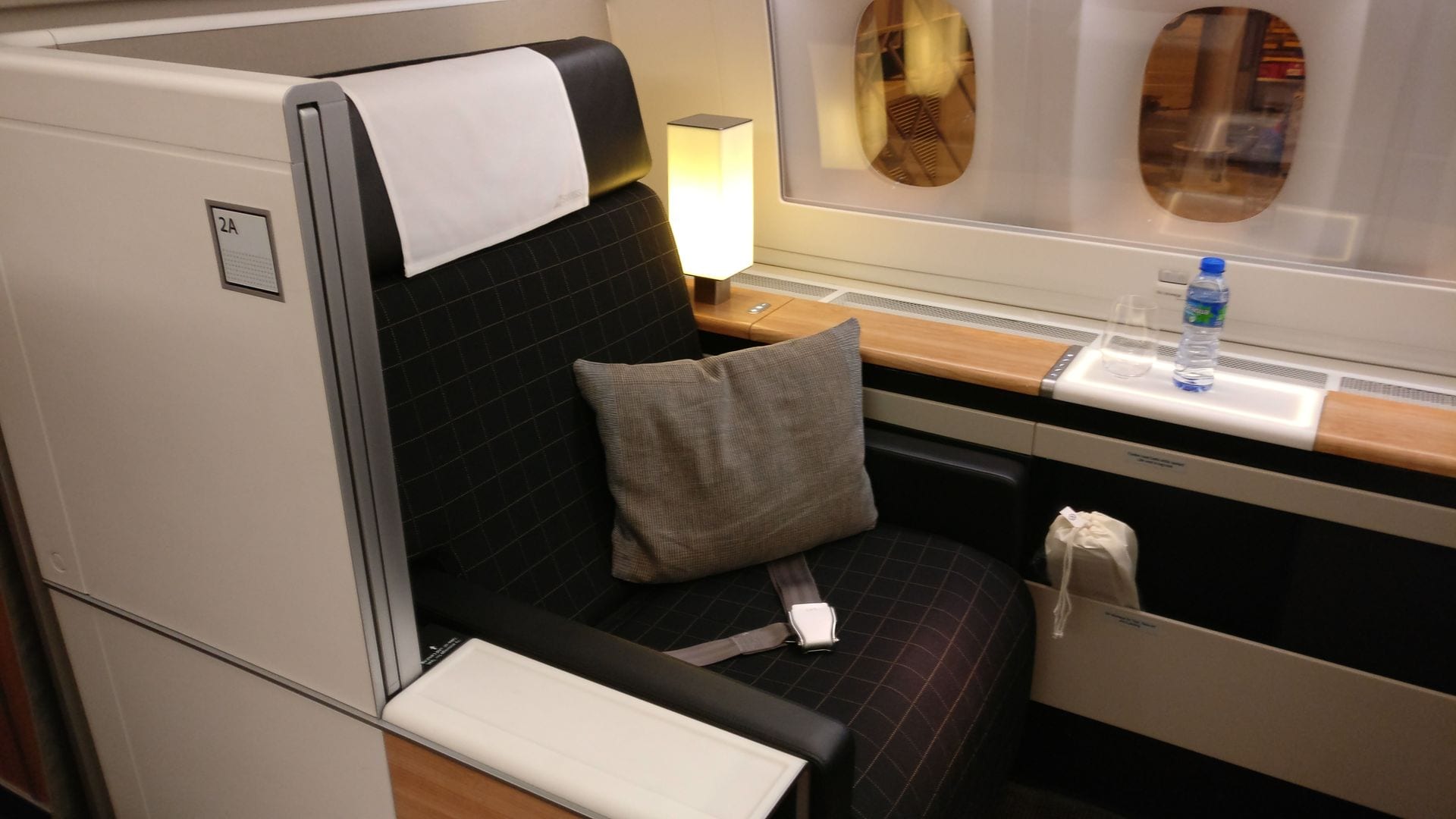 After spending most of the last few months in Europe, a bigger trip is coming up again in October – both the impressions of the flights and the hotels will be exciting!

This year, the long-haul route seems to only take me to two countries: After a longer trip to the United Arab Emirates in February, I went back to Dubai in May. In between I have a little detour to New York as part of the Surprise trips for my niece did. So now it’s back to the USA, but this time to the west coast. Final destination: San Luis Obispo! Sounds strange? In the intro of my trip report, I will show you why I ended up there!

The search for a perfect flight

No, the reason for my trip is not to achieve Miles & More Senator status – optimizing the flight is. The goal is San Luis Obispo because I have the chance to travel to the California Luxury Forum in October. This year it will take place in the middle of California and not in one of the two metropolises of the state. A win for me, because while I’ve been to both Los Angeles and San Francisco several times, I don’t know the rest of California that well. So I can look forward to getting to know a whole new destination and, as a nice side effect, to achieving Senator status. But first things first…

Why do I still need status miles and why should it be the Senator? Well, I’ve had Star Alliance Gold status through Turkish Airlines for many years, but I’ve become rather annoyed by many service issues. The status expires in May 2023. I’ve also been a frequent traveler at Miles & More for a long time. As if that weren’t enough, I’ve already earned over 45,000 tier miles this year, so the jump isn’t quite that big. As a final basis for decision-making, there are also the 1.5-fold status miles that Miles & More currently has. Since I don’t have much time left for other mileage-optimized flights, I wanted to seize the opportunity and had to get pretty creative to do so. In the end it became Swiss First Class and at a price that wasn’t exactly cheap. Why I chose this path you can also read about it again in this article!

Anyone who knows me knows that I’m always looking for the best deal. Nevertheless, I had to realize that the options are rather limited, especially with the currently high prices for transatlantic flights and a fixed date. From Berlin there were Business Class flights to California – no matter with which airline and even with a few days flexibility – not for less than 3,000 euros. It looked a little better from other European cities, but for less than 2,500 euros there were only variants that would not even have been enough in terms of status miles. The best option would have been LOT from Budapest, but here too it would have been just under 2,500 euros – and that with a not very good product in Business Class that I had previously used in mine LOT business class rating could test.

A little frustrated, I considered not doing the Senator and simply using miles – but the availability wasn’t exactly ideal here either. Almost by accident, however, I came across a variant at Spinnereien that finally appealed to me, even though it was even more expensive. But a closer look at the calculation should show why I went this route anyway.

Since I didn’t really know what to do, I just played around with First Class flights and usually only found options in the Star Alliance that were more than 8,000 euros (e.g. from Berlin). On Google Flights, however, I came across almost by accident that the tickets from Kraków were sold for just under 4,000 euros. Here, too, it was quite a cramp with the availability, so I planned a little back and forth. After all, I also had to make sure that I actually got 55,000 status miles in the end. But after a bit of back and forth and the help of a travel agency friend of mine, I ended up with a flight that was exactly right. Specifically, this looks like this:

See Also:  These are the benefits that immigrants could apply for in California – NBC Los Angeles

With 1.5 times the status miles that are available on Lufthansa Group flights and the 25 percent bonus as a frequent flyer (also on United flights, by the way), this flight brings me more than 60,000 status miles and easily gets me over the finish line. But that’s by no means all, because a few other boxes relevant to me were ticked: The flight arrives in Los Angeles in such a way that I can acclimatize for two days. What is even more important to me, however, is that I fly directly from the west coast on the return flight and that too in the evening, so that I can sleep perfectly through the long flight – and that too in the Swiss flagship product that I already have in my Swiss First Class Boeing 777 review could test.

On the outward flight I can also get a picture of the Airbus A330 First Class as a comparison. This shouldn’t be quite at the same level, which is less annoying on a day flight – although of course that’s whining at a very high level anyway 😉 As if all that weren’t enough, I’m also allowed to use the really outstanding Swiss First Class Lounge twice Test Zurich in Terminal E, which I found really unique on my only visit so far. It is also very easy for me to get to Kraków from Berlin, so that there are hardly any additional costs or relevant effort involved in getting there.

The hotels shouldn’t be boring either. I haven’t made my final decision yet, but it’s already clear: I’ll test one or the other Hilton Hotel on the trip because I need a few more nights to extend my Diamond status. One of the hotels in Kraków will start (the final decision hasn’t been made yet), while I then orient myself further up every night: After arriving in Los Angeles, I’ll go to the new Hilton Los Angeles Culver City. Then it’s on to the extraordinary Waldorf Astoria Beverly Hills, which ranks in the most expensive Hilton Honors category, with 120,000 points.

See Also:  The 13 best places to work in the United States: two are in California

After that, it’s off to the new Conrad Los Angeles for another night, which is also set to be a new milestone for the brand. In my opinion, the direct comparison to the Waldorf Astoria, which is also quite new, is very exciting. Otherwise, I will be spending three nights at the Hotel Cerro in San Luis Obispo as part of the event. After that I can look forward to two more hotel nights, whereby I make a stop in Santa Barbara with my rental car and have decided on another reisetopia hotel that I am really looking forward to: The Ritz-Carlton Bacara Santa Barbara.

At the end of the trip we go back to Los Angeles, more specifically to Santa Monica. Here I also booked the Oceana Santa Monica with points. For 95,000 points instead of more than $1,000 with taxes, I’m in for a great redemption here too. Of course I’m very excited about the third Hilton luxury hotel that I can test on this trip. By the way, you can explain why I used points again Check out my article on Brilliant Redemptions!

Summary of my trip to California

God knows my flight to Los Angeles is not cheap, but in the detailed calculation and in comparison to other options, the overall package is a very attractive one. So I can not only look forward to great flights, but also to exciting reviews and of course lots of sun in California, exciting appointments and last but not least special hotels, which I am already looking forward to very much!