Taken from the newspaper Expreso/Nogales, Sonora

Agents of the National Migration Institute (INM) were trained by US authorities in first aid and exposure to fentanylaccording to information provided by the official John R. Modlin.

The head of the Tucson Sector of the Border Patrol announced that officials of the federal agency were the hosts of this binational trainingwhich was held this week at the Nogales Station facilities.

what they already know how to do

Several agents of the federal agency Mexican with operational headquarters in Nogales, Sonorawho were trained to know what to do in case of emergency situations and be able to provide first aid to people who require it.

Also on the procedures to be taken into account in case they are exposed to fentanyl, a drug that can be deadly for anyone who does not know how to handle it in any of its presentations.

“With this, Mexican officers improve their skills to be able to handle any emergency situation that arises on the border that we share as countries”

An attempt was made to contact the sub-delegate of the northern region of the INMbased in Nogales, Nadir Palafoxfor more details on this joint exercisebut it was not possible to locate it. 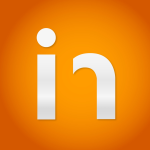