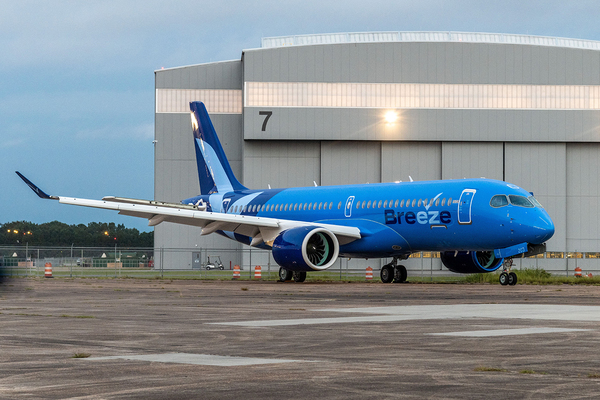 The American company is also confirming an order for 20 additional A220-300s.

Breeze Airways has unveiled the new livery on its A220-300 aircraft, while confirming that it has reached a purchase agreement with Airbus for 20 more aircraft. This previously unidentified order of 20 brings the number of A220-300 aircraft on order for Breeze to 80. The first unit will be delivered in the fourth quarter of 2021.

The freshly painted aircraft has just rolled out of the paint shop at the Airbus site in Mobile, Alabama, from which approximately one A220 per month will be delivered to Breeze over the next six and a half years. The airline plans to start flights with the Airbus fleet in the second quarter of 2022.

Breeze began flight operations in May 2021. This first A220 is the first new aircraft to be operated by the airline.