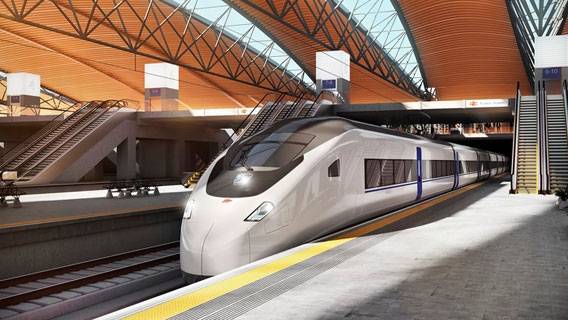 The UK’s most expensive infrastructure project, the HS2 high-speed rail link between London and the north of England, will be drastically cut. Thus, the Ministry of Finance is trying to cut government spending, which rose sharply during the crisis.

The eastern section of HS2, which connects Birmingham and Leeds, is expected to be cut or frozen due to the “astronomical cost” of the project. Estimates for the entire line have tripled over the past decade to over £ 100bn.

Transport Minister Grant Shapps has been instructed by the Treasury Department to take control of the implementation of existing schemes and be rigorous in prioritizing new projects. Cabinet members fear the final bill for HS2 could be much higher if the project is not cut now. “Cutting the HS2 east line could save £ 40bn, but frankly, the numbers are just over the top right now,” said one senior official familiar with the tense negotiations between Chappes and the Treasury.

Finance Minister Rishi Sunak is now also trying to limit borrowing in his fall budget estimates. This could give rise to disagreements between him and Boris Johnson, who needs funds to implement his program of “leveling the country’s welfare” in the north of England.

Translated by the editors of the Vek electronic newspaper