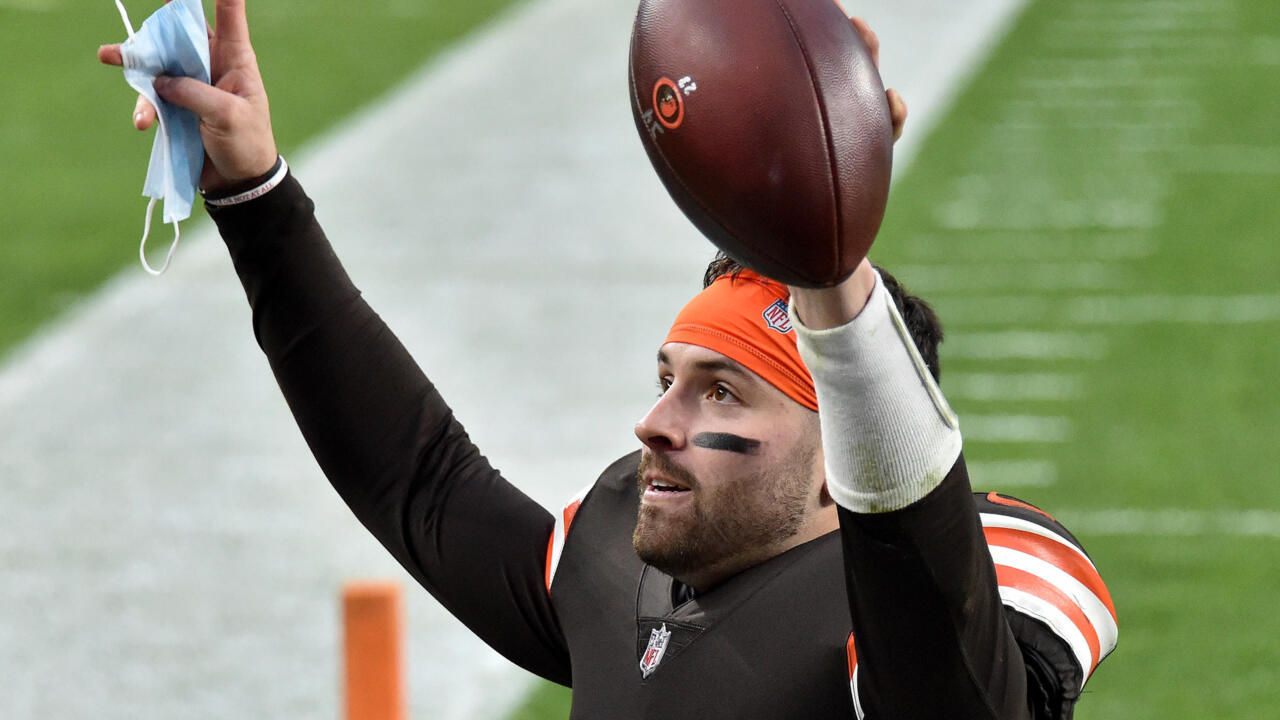 The Cleveland Browns reached the NFL playoffs for the first time since 2002 by beating the Pittsburgh Steelers 24-22 on Sunday amid an electrifying close to the regular season.

Nick Chubb and Jarvis Landry each ran for a touchdown and quarterback Baker Mayfield pitched for another TD as the Browns broke the NFL’s longest active postseason drought, while the Baltimore Ravens and Tennessee Titans also qualified for the playoffs, which begin next Saturday.

The Browns, three years after an 0-16 campaign, weathered an interrupted week of preparation with a training facility closed for three days due to Covid-19 issues.

“We wanted this. I could see that determination,” Browns coach Kevin Stefanski said. “It’s not over. We have work to do. I like how this team responds when their back is against the wall.”

Quarterback Lamar Jackson threw for 113 yards and three touchdowns and rushed 11 times for 97 yards to fire Baltimore (Ravens) over Cincinnati to 38-3 to secure an AFC wild-card spot.

Jackson became the first quarterback in NFL history with consecutive 1,000-yard rushing seasons, while JK Dobbins rushed for 160 yards and two touchdowns in the Ravens’ battle.

Meanwhile, the Titans, who played later in Houston, secured a playoff spot as the Miami Dolphins were defeated 56-26 at Buffalo. Tennessee can claim the American Conference Southern Division crown.

Indianapolis will take last place in the AFC playoffs by later winning at home over the worst team of the season, Jacksonville (1-14), but a loss to the Colts, the only team defeated by the Jaguars in the entire season, I would give him the ticket to Miami.

Miami was forced to start with backup quarterback Tua Tagovailoa as starter Ryan Fitzpatrick is on the covid-19 list.

Also holding up their playoff hopes were the New York Giants, who beat visiting Dallas 23-19 and could become the first playoff team with 10 losses in the regular season.

For its part, Washington (6-9) needs a win in Philadelphia, where the host Eagles is nine players short.

But a Washington loss would give the Giants, who started 1-7, a playoff spot and their first division title since 2011.

Half of the 14 spots in the NFL playoffs were disputed this Sunday, on the last day of a regular season that will end on time despite postponements due to the coronavirus pandemic.

In later games, the Los Angeles Rams-Arizona Cardinals winner will advance and Chicago could join them by beating Green Bay, which needs a win to secure first place in the NFC (National Conference).

Tampa Bay’s Mike Evans became the first player with more than 1,000 receiving yards in each of his first seven NFL seasons with a 20-yard reception in the first quarter, but he went on the next play with a left knee injury in Tom Brady’s 44-27 Buccaneers win over the Atlanta Falcons.