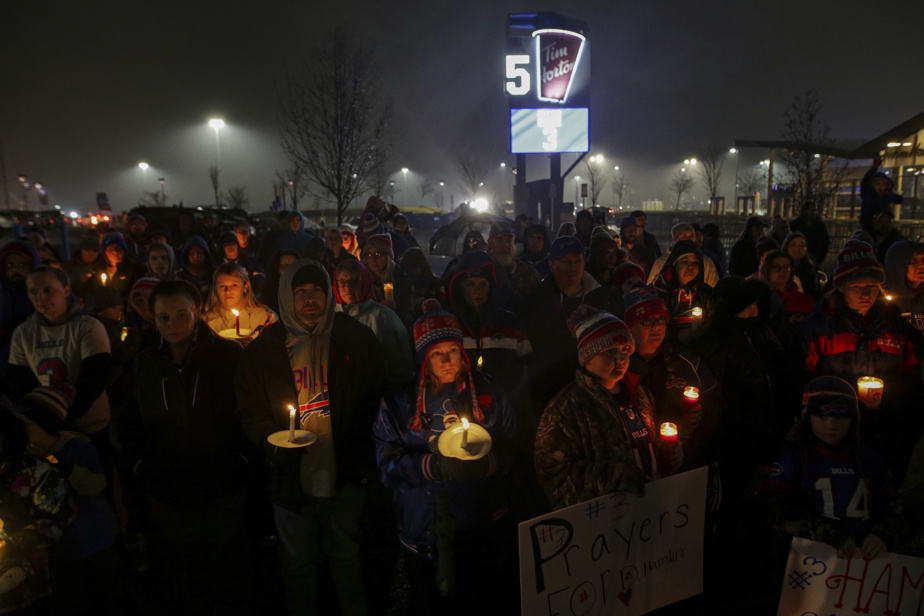 Safety Damar Hamlin’s heart had to be resuscitated twice, once on the field and once in hospital, after suddenly stopping in a scary scene during the game against the Buffalo Bills and the Cincinnati Bengals Monday night.

According to the Associated Press

This was revealed by Hamlin’s uncle, Dorrian Glenn during a television interview outside the Cincinnati hospital where the player is being kept sedated in intensive care.

“They resuscitated her in the field before taking her to the hospital and resuscitated her a second time when she arrived at the hospital,” Glenn told CNN. “I just want to show my gratitude to the medical staff who were there because without them my nephew probably wouldn’t even be here. »

Glenn said he was watching the game with relatives in Pittsburgh. He arrived in Cincinnati early Tuesday, the trip between the two cities being approximately 300 miles.

“I’ve never cried so much in my life,” Glenn said. Knowing that my nephew died in the field and was brought back to life. I mean, it’s just heartbreaking. »

Glenn said there were encouraging signs, such as doctors having reduced the level of oxygen Hamlin needs from 100% to 50%.

“He is still sedated at the moment, continued Glenn, still interviewed by CNN. They just want him to have a better chance of recovering. They believe that if he is sedated, his body can heal much faster than if he was awake and that this could lead to further complications. »

Meanwhile, the NFL engaged in a difficult balancing act on Tuesday, navigating player emotions and a tight playoff schedule, while emphasizing that Hamlin’s health was its primary concern.

The league has informed the Buffalo Bills and Cincinnati Bengals that their game, suspended Monday night, will not be resumed this week while the schedule for the week of Jan. 18 will remain unchanged for now.

Thus, no decision has been taken regarding the possible resumption of the decisive match between the two teams. Their matchup was suspended Monday night during the first quarter when Hamlin suffered a cardiac arrest after making a tackle.

He had just tackled Bengals receiver Tee Higgins, before briefly getting up and then collapsing.

Medical staff restored his heart rhythm on the pitch before he was placed in an ambulance. Players from both teams cried and prayed during this time, as the game was broadcast nationally.

“Damar went into cardiac arrest and was quickly resuscitated by on-site club doctors and independent medical personnel, all of whom are highly trained to implement emergency medical plans,” NFL Commissioner Roger Goodell said in a statement. a letter sent to all teams, and obtained by The Associated Press.

“Damar was stabilized and transported to the University of Cincinnati Medical Center, a Level 1 trauma center, where he remains in intensive care. »

The NFL disputed a television report that said both teams were ordered to resume play after a five-minute warm-up. “It never crossed our minds,” league manager Troy Vincent said.

The Kansas City Chiefs practiced Tuesday for their Saturday afternoon game against the Las Vegas Raiders. The Chiefs (13-3) are battling the Bills (12-3) and Bengals (11-4) for the top spot in the AFC.

The outcome of the Bills-Bengals game therefore has major implications for the playoffs. The Bills went into the game at the top of the standings, while the Bengals had a chance to capture the NFL American Association North Division title if they win and were also in contention for the first. place with Kansas City.

The Bengals were leading 7-3 in the first quarter when the game was called off. The NFL playoffs are scheduled to begin on January 14. The first seed in each conference enjoys a first-round pass and home-court advantage for the duration of the playoffs.