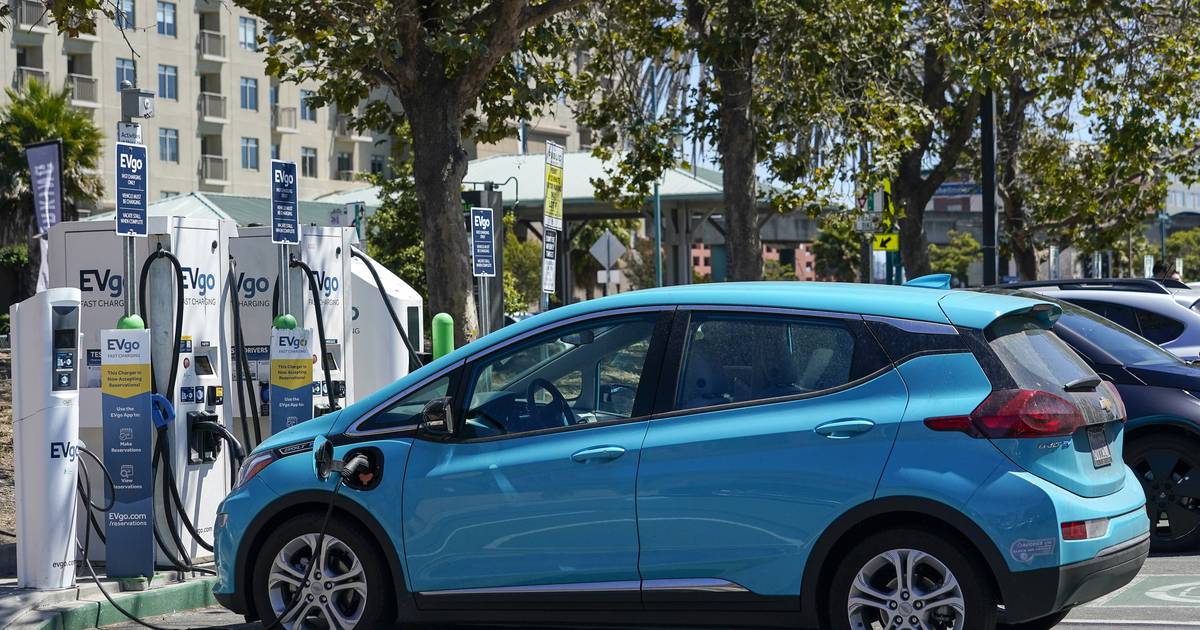 California will require that all new cars, trucks, and SUVs run on electricity or hydrogen by 2035 according to a policy approved this Thursday by regulators seeking a drastic reduction in carbon emissions and the eventual end of gasoline engines.

The decision by the California Air Resources Board came two years after Governor Gavin Newsom first ordered regulators to consider such policy. If the goal is reached, California would cut car emissions in half by 2040.

The measure gives the most populous state in the United States the strictest regulations in the world for the transition to electric vehicles. It is hoped that it will prompt other states to follow California’s example and speed automakers’ production of zero-emission vehicles.

The policy still needs federal approval, but is considered very likely under the administration of Democratic President Joe Biden.

“This is a historic moment for California, for our partner states and for the world, as we set this path to a zero emission future” said Liane Randolph, president of the air board, during a public hearing before the vote.

The policy allows Californians continue to drive gasoline vehicles and buy used vehicles after 2035but no new models will be sold in the state.

A fifth of automakers’ sales after 2035 could be plug-in hybrids, which run on batteries and gasolinebut the rest must work solely with electricity or hydrogen.

In June, the European Parliament endorsed a plan to effectively ban the sale of gasoline cars and diesel in the 27 nations of the European Union by 2035, and Canada mandated the sale of zero-emission cars by the same year.

California climate officials say the state’s new policy is the most ambitious in the world because it sets benchmarks for increasing electric vehicle sales over the next 13 years.

The first mandatory threshold comes in 2026, when one-third of all vehicles sold in the state must be zero-emission. Automakers could be fined $20,000 for each vehicle sold below that goal.

Around the 16 percent of cars sold in California in the first three months of this year they were electric.

The state of Washington and Massachusetts have already said they will follow California’s lead. and likely many more will: New York and Pennsylvania are among 17 states that have adopted some or all of California’s tailpipe emissions standards that are more stringent than the federal standards.

Kia’s Laurie Holmes said the company plan to spend 25 billion dollars by 2025 in electric vehicles and expects to offer seven models by 2027.

But she and several other auto company representatives raised concerns about the state’s schedule because of factors such as supply chain challenges and the high cost of materials to build electric cars.

“Car manufacturers could have significant difficulties to meet this goal given the elements outside the control of the industry,” he said.

The switch from gasoline to electric cars will drastically reduce emissions and air pollutantsBut the transition will be painful for the state’s oil industry. California remains the seventh-largest oil-producing state in the United States, though its output is falling as it makes progress on climate goals.

The state should not wrap its entire transportation strategy around a vehicle market powered by electricitysaid Tanya DeRivi, vice president for climate policy at the Western States Petroleum Association, an oil industry group.

See Also:  COVID-19 hospitalizations on the rise in areas of California, a potentially ominous sign

“Californians should be able to choose a vehicle technology, including electric vehicles, that best suits their needs based on availability, affordability and personal need,” he said.

The ‘challenge’ of transitioning to electric vehicles in California

California is the most populous state in the nation, with about 39 million people. They make up 10 percent of the US car market.but they have 43 percent of the 2.6 million electric vehicles registered in the country, according to the air board.

California now has about 80 thousand stations in public placesfar short of the 250,000 it wants by 2025. The Alliance for Automotive Innovation, which represents many of the major automakers, warned about the lack of infrastructure, access to the materials needed to manufacture batteries and supply. chain issues are among the challenges in meeting the state’s schedule.

The new commitment came as California works to maintain reliable electricity while moving away from gas-fired power plants in favor of solar, wind and other cleaner energy sources. Earlier this year, California’s top energy officials warned that the state could run out of power during the hottest days of summerwhich occurred briefly in August 2020.

That hasn’t happened yet this year. But Newsom, a Democrat, is pushing to keep the state’s last remaining nuclear plant open beyond its planned 2025 shutdown, and the state can turn to diesel generators or natural gas plants for backup when the power grid is overloaded.

Meanwhile, Newsom has pledged to spend billions to boost sales of zero emission vehicles, including adding chargers in low-income neighborhoods. New rules approved by the air board say vehicles must be able to travel 150 miles (241 kilometers) on a single charge.

Driving an electric vehicle long distances today, even in California, requires careful planning about where to stop and charge, said Mary Nichols, former chair of the California Air Resources Board. State and federal government money will go a long way toward boosting that infrastructure and make electric cars a more convenient optionsaid.

“It is it will be a transformative process and the mandate for the sale of vehicles is only part of it,” he said.

Although hydrogen is a fuel option under the new regulations, cars powered by fuel cells accounted for less than 1 percent of sales of automobiles in recent years.

Both the state and federal governments they have refunds for thousands of dollars to offset the cost of buying electric cars, and the rules include incentives for automakers to make used electric vehicles available to low- and middle-income people.

For the past 12 years, California has provided over a billion dollars in refunds for the sale of 478 thousand electric vehicleshybrid or plug-in, depending on the air seal.