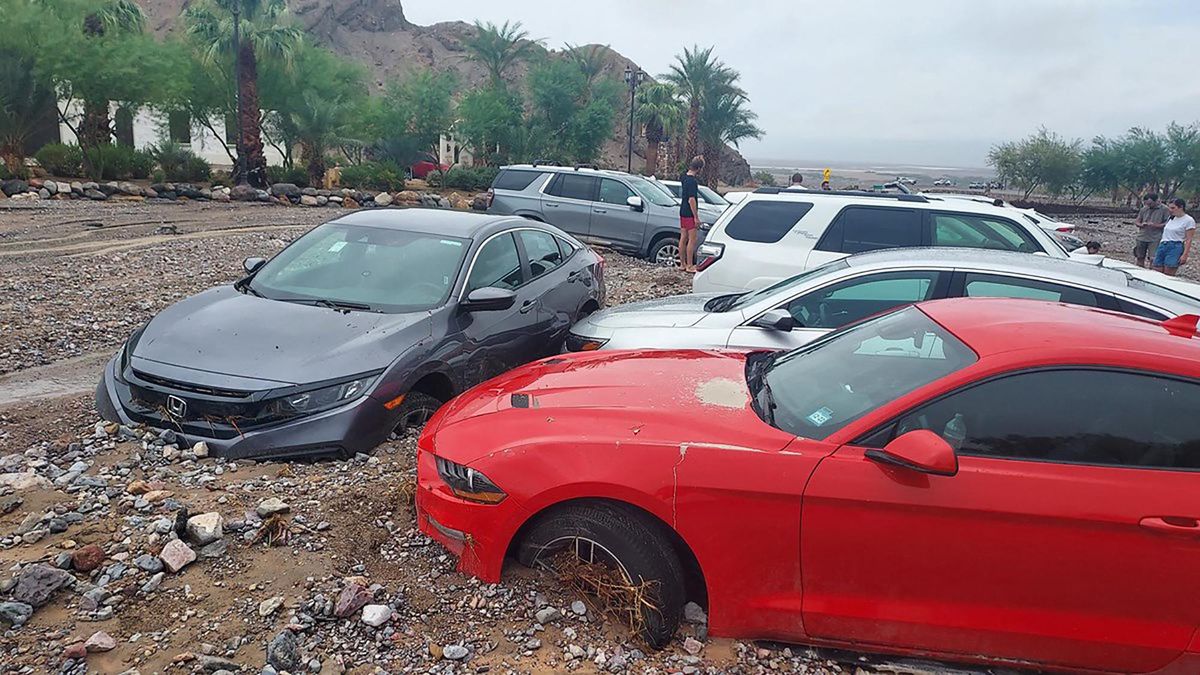 California floods: The 1,000 people stranded in Death Valley have been evacuated

The 500 visitors and 500 employees trapped since Friday in the American national park after unprecedented rains have been freed, announce site officials.

A decline in water levels and road repair work enabled the evacuation on Saturday of 1,000 people who were blocked in California’s famously desert-like Death Valley, national park officials said. About 500 visitors and 500 employees were stranded in the US national park due to unprecedented rainfall that caused flooding.

“The hard work of road maintenance crews enabled visitors who could not leave the hotel area to drive out of the park, escorted by police,” a statement said. All roads serving the national park, located in eastern California, remained closed on Saturday and aerial searches were underway to “ensure that no vehicle was stuck in a remote area of ​​the park”, specifies the press release.

The water has receded across most of Death Valley, leaving behind large deposits of mud and gravel, park officials added, noting that damage assessments were still taking place. On Friday, floodwaters tore up parts of the roadway, hurled garbage containers at now disused cars and flooded offices and hotels in the park. “Due to the severity and extent of this rainfall, it will take time to rebuild and reopen everything,” park superintendent Mike Reynolds said Saturday.

The hottest place in the world

Death Valley National Park is known to be the hottest place in the world and the driest place in North America, as stated on its website. More than one and a half million tourists visit it every year. The desert valley received 37 millimeters of rain at one time for an annual average total of “less than 50” millimeters.

With an atmosphere that contains more moisture, global warming alters the precipitation pattern. According to UN climate experts, even if the world managed to limit warming to +1.5°C, some regions would experience an increase in the frequency, intensity and/or amount of heavy rainfall. The risk of these heavy rain events increases with rising temperatures.