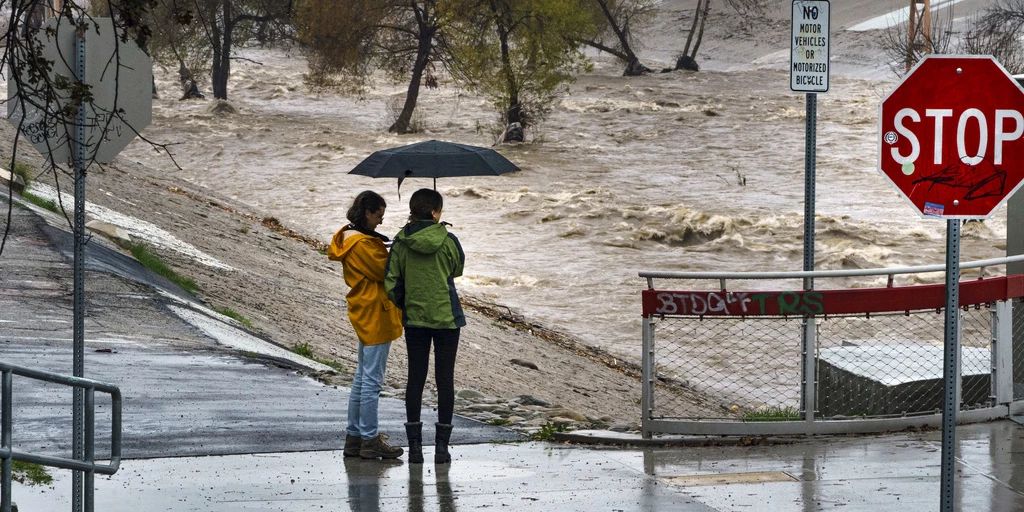 California will be hit by storms with heavy rain and flooding. At least 19 people died.

The latest storm in a series is on Saturday with heavy rains swept across an already hard-hit California, causing flooding. Fields and roads were covered in many places water, Power lines were damaged. Around 12:30 a.m. on Sunday night (CET), around 20,000 households had no electricity, according to the website poweroutage.us.

“We are not finished yet”, warned the governor of the US state, Gavin Newsom, on Saturday after visiting those affected. He warned to remain vigilant. Almost 26,000 Californians were still affected by flood warnings on Saturday evening, according to the US weather service NWS. Tens of thousands of people were called to evacuate their homes.

“Catastrophic flooding” was predicted for an area on the Salinas River, a major agricultural region south of the San Francisco Bay Area. According to a journalist from the AFP news agency, the river burst its banks in many places and flooded fields. In the mountains, the precipitation led to heavy snowfall. The authorities warned of the danger of avalanches.

Struggling in the aftermath of decades of drought, California has been suffering from winter storms for weeks, with rainfall and snow levels hitting some areas in 150 years. At least 19 people died.