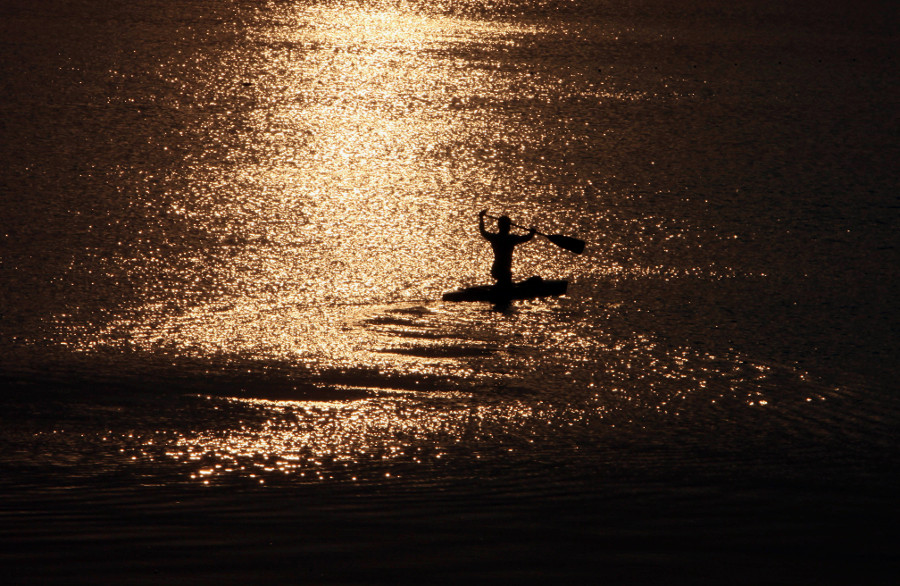 December 30th, 21-year-old college boy Hunter Lewis hit the beach with his canoe from Humboldt County. Rescuers believe that the young man could have gone to Flatiron Rock, a small island a few meters off the coast to hide “a treasure” and organize an outing with his family that he planned for almost two years.

The young university student He was an expert in outdoor activities, in addition to having a pilot and diving license. However, he was not an expert at navigating the waters off Trinidad Beach, where he might have hit a rocky reef that got in the way of reaching the island.

Hunter Lewis did not return from his trip, so his father now organizes the search for his son as a “mission of recovery” and not of rescue.

“At this point, it is a recovery operation, not a rescue operation. I just hope to find my son to return to his mother to bury him,” Corey Lewis said in an interview for The Times.

During the last days, rescuers have found several objects from Hunter’s canoe on the shore, including a box of wooden cigars that his father gave him.

“I did a treasure hunt for Hunter and his brother many years ago, at the end of that treasure hunt, I hid the treasure in this little wooden cigar box. I gave it to Hunter, and he kept his little treasures and belongings in it, and he had it with him and he was hiding a treasure in it. We found him on a beach. ”Hunter’s father said in a cracking voice.

Hunter, an aerospace engineering student at Cal State Long Beach, harbored a dream of becoming an astronaut. He was an avid hiker and climber, but also found time for fantasy role-playing games like Dungeons & Dragons.

See Also:  Reinstatement of Stay in Mexico is extended to California

The Sheriff’s Office and the United States Coast Guard searched the beach and the waters with boats and planes, finding nothing. The search was suspended in the evening and resumed the following morning. On New Year’s Eve, authorities suspended their active rescue searches.

However, hundreds of people continue to actively search for Hunter, posting photos of objects from the student’s canoe on social media.