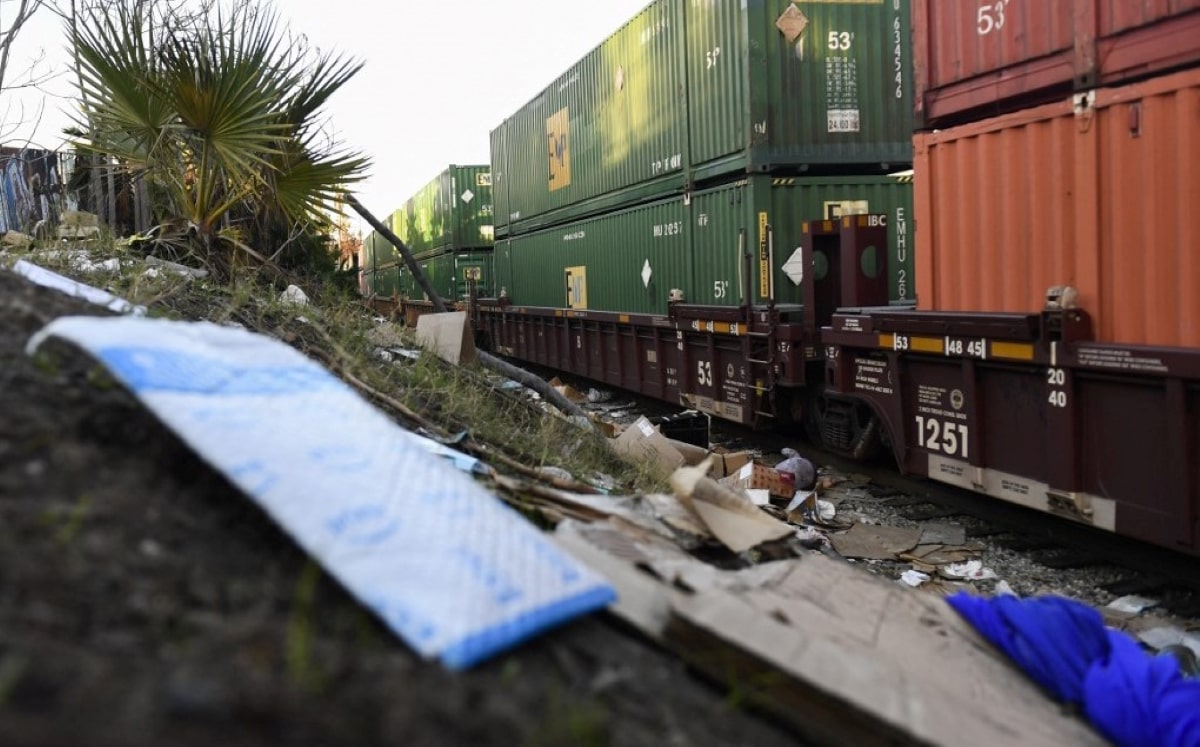 The city of Los Angeles has become the favorite place of crime, after dozens of freight cars and trains are robbed, every day in Los Angeles. Thieves take advantage of train stops to loot all the packages they transport, leaving thousands of broken boxes on the train tracks.

Most of the major parcel and courier companies in the United States such as Amazon, Target, UPS, Fedex and others, have been affected in recent months, due to the high rate of robberies in Los Angeles.

The thieves take advantage of the long convoys of trains that are immobilized on the tracks to climb onto the containers, whose locks are easily broken with the help of pliers.

So they just have to take as many packages as possible, leaving behind many hard-to-resell products like covid-19 tests, furniture, or medicine.

Since December 2020, the Union Pacific (UP) rail operator has seen a 160 percent increase in thefts in Los Angeles County.

“In October 2021 alone, the increase reached 356% compared to October 2020. This explosion of looting is accompanied by assaults and armed robberies against Union Pacific employees,” the operator said in a letter to local authorities sent to the AFP.

According to figures reported by UP, more than 90 containers were vandalized on average each day in Los Angeles County in the last quarter of 2021.

Keep hearing of train burglaries in LA on the scanner so went to #LincolnHeights to see it all. And… there’s looted packages as far as the eye can see. Amazon packages, @UPS boxes, unused Covid tests, fishing lures, epi pens. Cargo containers left busted open on trains. @CBSLA pic.twitter.com/JvNF4UVy2K

To stop the phenomenon, Union Pacific says that it has reinforced surveillance measures (drones, detection systems, etc.) and has recruited more police to protect its roads and convoys.

See Also:  The renowned Caitlyn Jenner will be a candidate for the Government of California

Along with Los Angeles City and County Police, more than 100 people have been arrested in the last three months of 2021 for “vandalizing” Union Pacific trains.

Given the wave of robberies in California, critics of the Gavin Newsom administration have given a series of opinions regarding the looting of the trains in Los Angeles. From videos posted on Twitter to thousands of comments on the measures that the governor has taken in this regard to contain the situation.

“Good job Democrats, this is the end result of many of your policies. You let people steal $950 worth of merchandise, you let people live on the streets, the police can’t stop this, and they take down our supply chain.” Republican congressional candidate Robby Starbuck said.

The videos, posted on Twitter by the CBS local photojournalist John Schreiber, showed massive amounts of open packages, cardboard, and packaging materials strewn across the tracks.