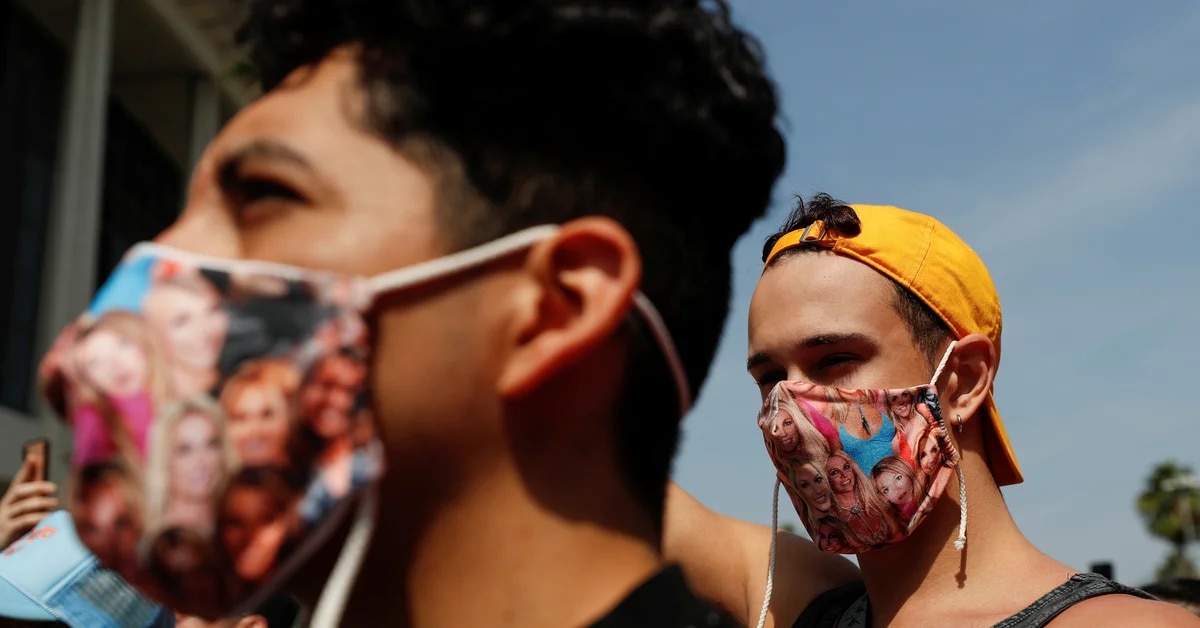 Use of masks in Los Angeles, California (Reuters)

The authorities of California announced this Monday the restoration of mandatory mask use in closed public places to curb a rebound in COVID-19 cases in that state in recent weeks.

The measure, which takes effect on Wednesday, applies to all people, vaccinated or not.

Los Angeles, San Francisco, and several California counties had already reestablished local enforcement since December, but in other densely populated counties like Orange and San Diego, only the state’s mask-wearing rules applied in some public places like airports. , hospitals and schools, but not in shops, restaurants or movie theaters, for example.

The mandate It will come into force this Wednesday 15 and will apply until January 15, 2022, if it is not extended.

Employees with masks in a Los Angeles movie theater (Reuters)

California Health Secretary Mark Ghaly justified the decision in the wake of the rapid progression of COVID cases, which had a 47% increase from Thanksgiving to the end of November.

The first case of the omicron variant in the United States was detected in San Francisco in a resident who had traveled to South Africa and was vaccinated.

The number of new daily cases of coronavirus in California thus went from 9.6 to 14 per 100,000 inhabitants. The wearing of masks could, according to Ghaly, prevent a recurrence of infections and deaths like the one suffered in that State last winter.

“It is a critical moment and we have a tool which we know has worked in the past (…) if you look at the evidence of its effectiveness, even a 10% increase in the use of an indoor mask can significantly reduce the transmission of the virus”, He explained.

This measure will be mandatory until January 15.

California has also tightened controls on unvaccinated people who wish to attend events of more than 1,000 participants in an enclosed space., by requiring a negative COVID-19 test performed between 24 and 48 hours before (depending on the type of test), instead of the 72 hours previously required.

The announcement of the Californian authorities is given the same day of the entry into force of a similar measure in the city of New York.

Authorities again called for the population to be vaccinated against COVID-19 in California, where 77.7% of eligible residents are fully vaccinated. “Californians have done this before, and of course we think we can do it again,” Ghaly said.

(With information from AFP and EFE)