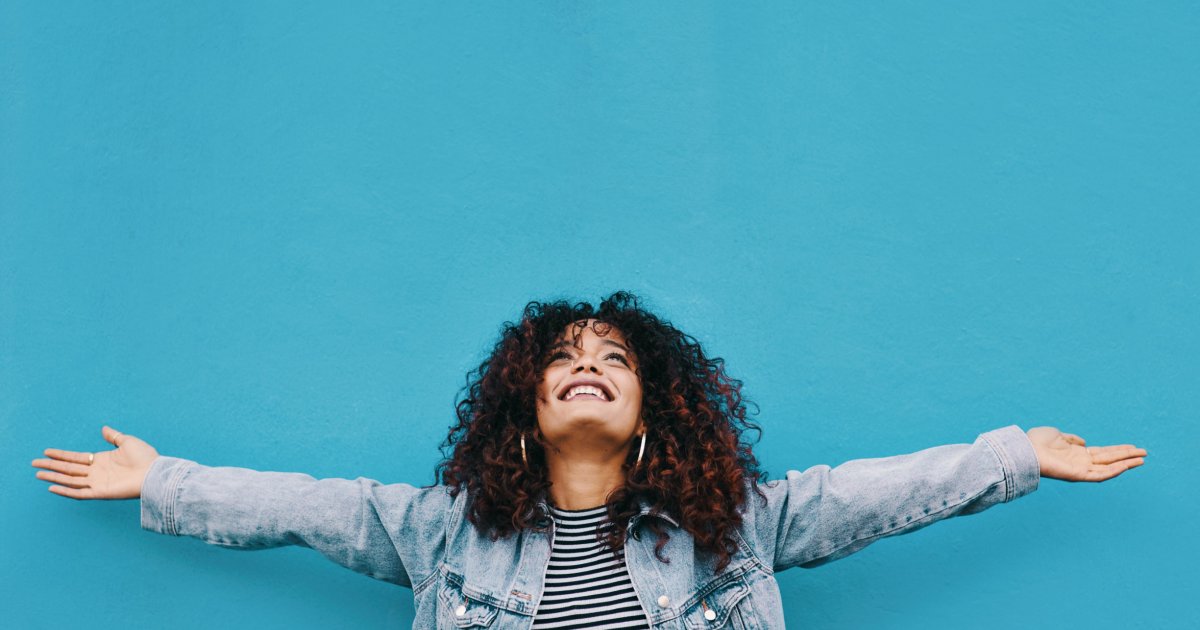 Cure a sluggish mood with plants, physical activity and light? A few years ago, specialists in the Mental Health were dubious. From now on, they no longer hesitate to recommend this type of approach when the evil is not too deep. “On the other hand, if you can no longer get up, go to work, are restless, don’t sleep or, on the contrary, sleep too much, and/or have dark thoughts, the the use of antidepressants is often essential”specifies Stéphany Orain-Pelissolo, psychologist1. “The more severe the depression, the more effective the antidepressants, confirms Dr. Patrick Lemoine, psychiatrist2. But if the doctor diagnoses severe depression or mild to moderate depression, it is quite possible and desirable to turn to certain non-drug treatments that are very effective and have few side effects..

Get (back) in motion to overcome the bad vibes

Not easy to motivate yourself to move when you feel at the bottom of the hole. However, it doesn’t take much to be happier: six minutes of a physical activity which raises the heartbeat of 30% already stimulate the production of a whole panoply ofhappiness hormone (endorphins, adrenaline, dopamine…). And exercising regularly is almost miraculous for our mood. According to the High Authority for Health (HAS), following a program that combines endurance and muscle strengthening for three months is as effective as drug treatment or psychotherapy in reducing symptoms of mild or moderate depression and prevent recurrences3. In addition, you don’t need to hurt yourself to feel good, because regular practice of gentle activities such as walking, yoga or qi gong enough to boost the mood. The right tempo: 30 minutes of walking at a moderate pace (or other cardio activity) per day, and 2 to 3 strengthening sessions of 30 minutes per week. At the same time, we limit the time sitting or lying down: no more than 7 hours during the day, making sure to get up at least once an hour. Research at the University of Iowa has linked less sedentary time for a few weeks to better mental health.

“Several studies have shown that following eight sessions of behavioral and cognitive therapy leads to a significant improvement in mood”, explains Stéphany Orain-Pelissolo. We learn – with the help of the psychologist – to identify the biases of perception induced by depression (I suck, I miss everything, nobody likes me…) in order to be able to fight them and get out of the spiral of all negative. “We also work on the lack of desire through the behavioral activation of mood. It’s the just do it philosophy: we ask the patient to go to the cinema, to see friends, to do a sport without thinking, without wondering if he is motivated or not. It allows you to take things in hand, to revive the neurotransmitters of pleasure and to enter a virtuous circle again”, adds the specialist. You can find more information about this method on the website aftcc.org. Another interesting option are Mindfulness-Based Cognitive Therapy (MBCT) programs, which have been shown to cure mild depression and, above all, prevent recurrence. Lasting eight weeks, they allow training to cultivate attention to the present, to observe the links between body and mind, and to distinguish between thoughts and facts in order to welcome unwanted emotions more serenely. To find a session in person or online: association-mindfulness.org.

To make our brain happy, nothing like a varied and balanced diet. Conversely, eating poorly affects mood. Beware, for example, of cakes, chocolates, ice creams, etc. which bring comfort at the time but cause a rapid variation in blood sugar and make you irritable and sad in the hours that follow. Also beware of alcohol, which is falsely euphoric and which disrupts the production of neurotransmitters, as well as ultra-processed foods : an American study of 10,000 people showed that those who consumed the most dishes processed meats and pastries were more likely to suffer from anxiety and depression. The diet that good for our mood ? One to two servings per week of oily fish (sardines, mackerel, herring, salmon, etc.), sources of omega 3, which protect neurons and facilitate the transmission of chemical messengers. And a maximum of fruits, vegetables, whole grains and legumes to delight our intestinal microbiota. In case of depression, the composition of the latter changes with, as a result, an inflammation at the local level which spreads to the brain, because the two organs communicate permanently. Hence the idea that it would be possible to cure the blues with probiotics, these bacteria beneficial to the health of the intestine.“It’s very promising, but, for now, research is underway to determine which strain is interesting and at what dosage”, nuances Dr. Alexis Bourla, psychiatrist at Saint-Antoine Hospital. In the meantime, we do not hesitate to put on the menu onions, garlic, leeks, artichokes, salsify, bananas and other foods rich in prebiotics, guarantors of a healthy intestinal flora.

Focus on the right micronutrients

We may eat better, our mood remains wavering? We move up a gear by increasing the doses of micronutrients good for morale. Starting with vitamin D, which is difficult to find in our diet, but which can be consumed in the form of food supplements. Several studies have linked too low vitamin D levels to an increased risk of depression. And a meta-analysis published a few months ago showed that vitamin D supplementation, at a rate of 2000 IU per day, alleviates depressive symptoms4“It is also well established that omega 3 have a protective effect against depression and that supplementing up to 1000 mg / day (including 70% EPA, a fatty acid) fights against the disease”, specifies Dr. Alexis Bourla, who also uses these nutritional strategies when antidepressants are not very effective. Patience: it takes one to two months before you see the first improvements. Also interesting, tryptophan, an amino acid precursor of serotonin, the hormone of good moodat a rate of at least 500 mg per day (in 2 doses), to be taken in combination with tyrosine, a precursor of dopamine.

The first contains two compounds, safranal and crocin, which act on the same mechanisms as conventional antidepressants. “This plant, in combination with anxiolytic rhodiola, has an activity comparable to that of drugs in mild to moderate depression, without having the side effects such as drowsiness, sexual disorders, etc.”, confirms Dr. Lemoine. We turn to products like Melioran, from PiLeJe, or Euphoryl, from Ineldea, which also brings griffonia, a plant rich in 5-HTP, an amino acid precursor of serotonin. We generally feel better after two to three weeks of treatment. Otherwise, there is also St. John’s wort, very popular a few years ago, but which is less popular now because of its many interactions with anticoagulants or the contraceptive pill, for example: “Too bad, because its effectiveness rivals that of Prozac, and the formulas offered by manufacturers today have fewer contraindications than before”, assures Dr. Lemoine. To test: St. John’s wort in capsules from Solgar or Arkopharma and, of course, read the instructions carefully before use.

What about light therapy?

Until now, exposing yourself as soon as you wake up and for 20 to 30 minutes to a light therapy lamp with a power of 10,000 Lux was especially recommended for those who suffered from seasonal depression. “We now know that it is beneficial for all low morale, from simple depression to severe depression”, insists Dr. Lemoine. The specialist also recommends getting up every day at a fixed time, preferably before 8 a.m., and skipping fat mat’ in order to respect the body’s circadian rhythm. “The phase delay, that is to say going to bed and getting up too late, disrupts the tempo of production of neurotransmitters and systematically accentuates the malaise”warns the psychiatrist.