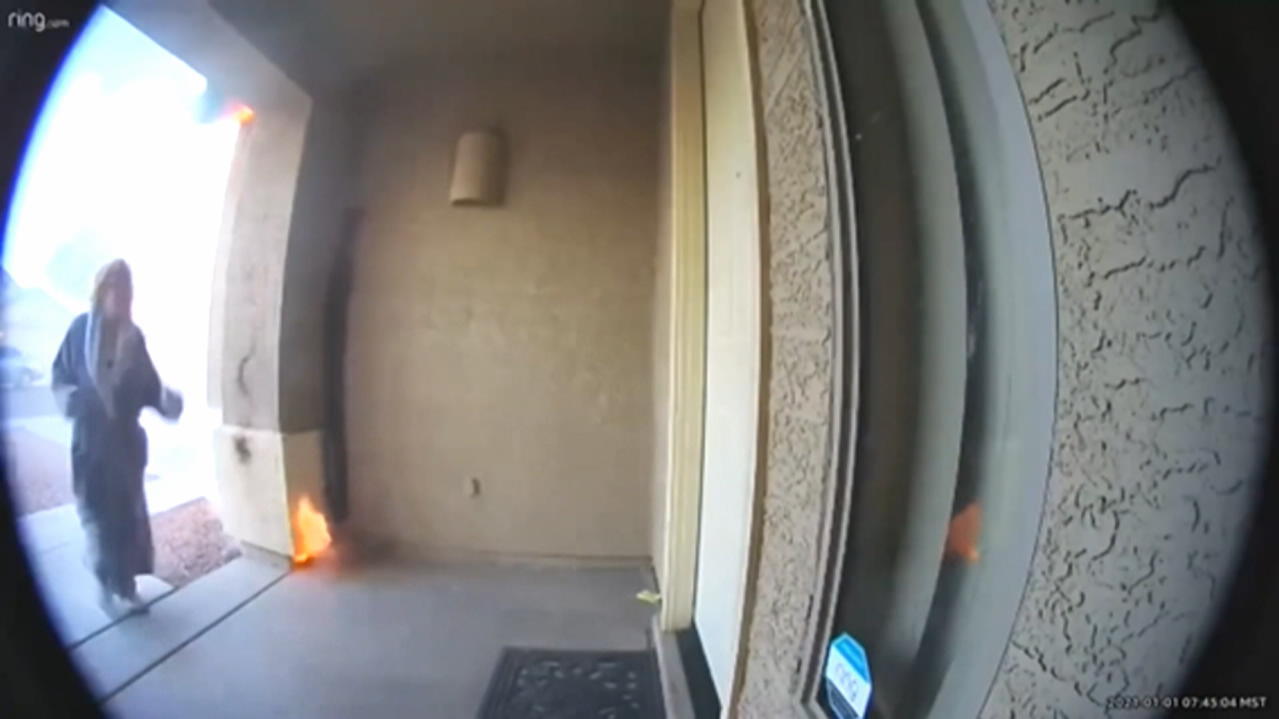 “I could only think of the children”

Carolyn Palisch from Avondale in the US state of Arizona does a lot of good as a nurse – even when she is not on duty. Now she has saved her neighbors. The Salgado family, a married couple with four children, sleep without realizing that the house is on fire. The attentive neighbor, however, does. She immediately runs to the Salgados house, rings the storm bell, raises the alarm. The doorbell camera recorded everything. More – in our video!

The woman from the 85,000-inhabitant city near Phoenix, who is celebrated as a heroine by her neighbors and local media, remains very humble. “I could only think of the children,” said Carolyn Palisch. She is in the bathroom when she suddenly sees smoke coming out of her neighbors’ house.

Immediately she runs off, wakes the Salgados and does not rest until everyone is safe. “She made sure that we leave the house,” says Nicole Salgado gratefully. The roof collapsed five minutes later, says the mother of four. “Carolyn saved our lives,” she says gratefully. “She’s much more than just a neighbor next door. She’s part of the family now.”