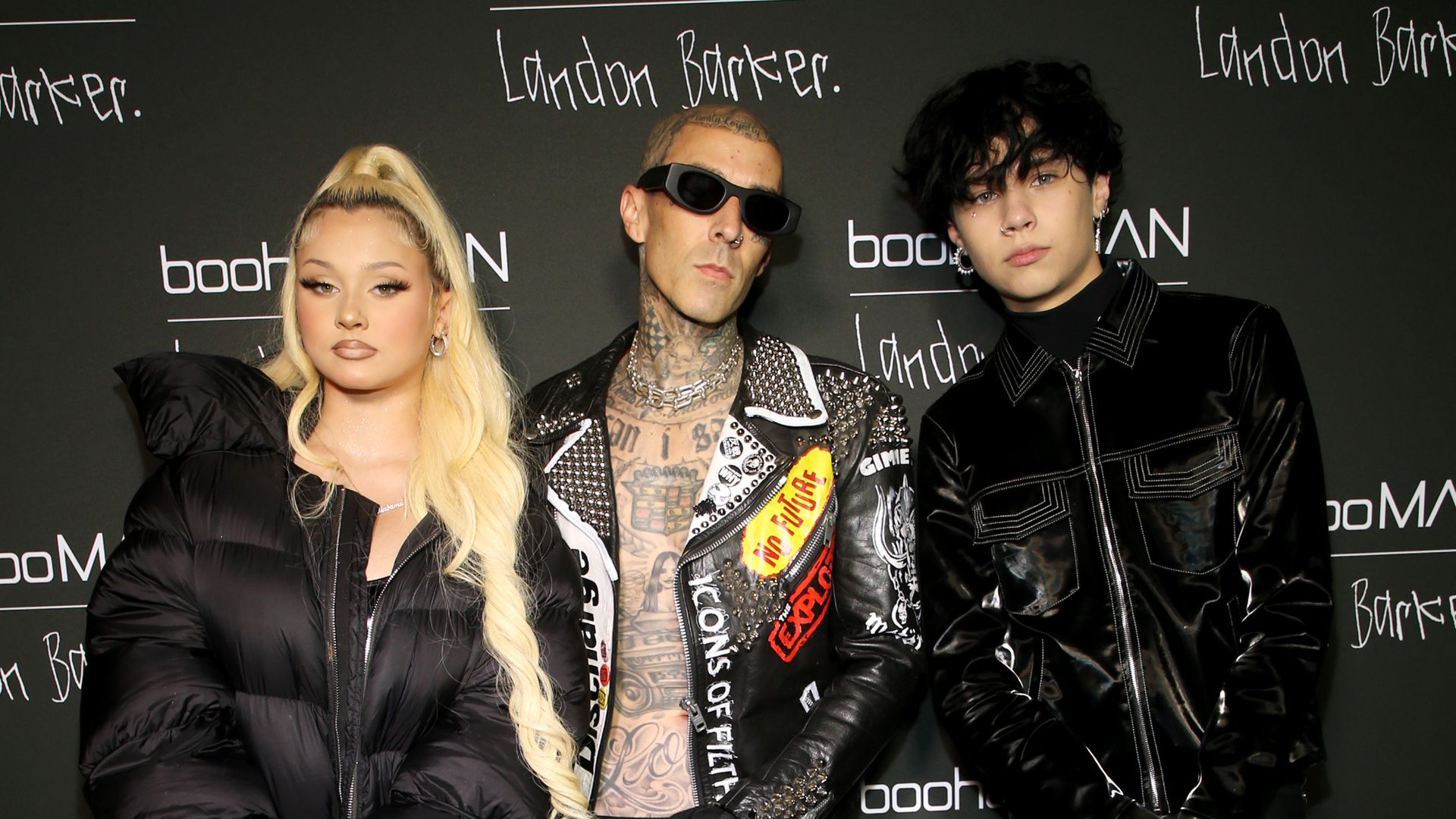 What a cool trio! Travis Barker (46) has been under the hood again since May. He and his partner Kourtney Kardashian (43) said yes in a very romantic way in Portofino, Italy. The Blink 182 drummer has previously been married several times. He has two children with Shanna Moakler (47): Landon Asher (18) and Alabama Luella (16). With them, Travis now appeared on the red carpet of an event!

Sohnemann Landon is very interested in fashion and has now brought out a small spring collection together with the Bohoo label. Of course, the proud father appeared at the associated fashion show in Los Angeles – Travis posed between his offspring with a rocking leather jacket. Alabama donned an oversized down coat for the event and carried a sparkly bag. Landon also came dressed all in black.

The two were also present at their father’s wedding and were happy for the 46-year-old. In addition, Alabama and Landon are said to get along very well with Travis’ wife. Incidentally, he and Kourtney would like to have children together. A few weeks ago, fans threw out the crazy theory that the couple were already expecting twins.