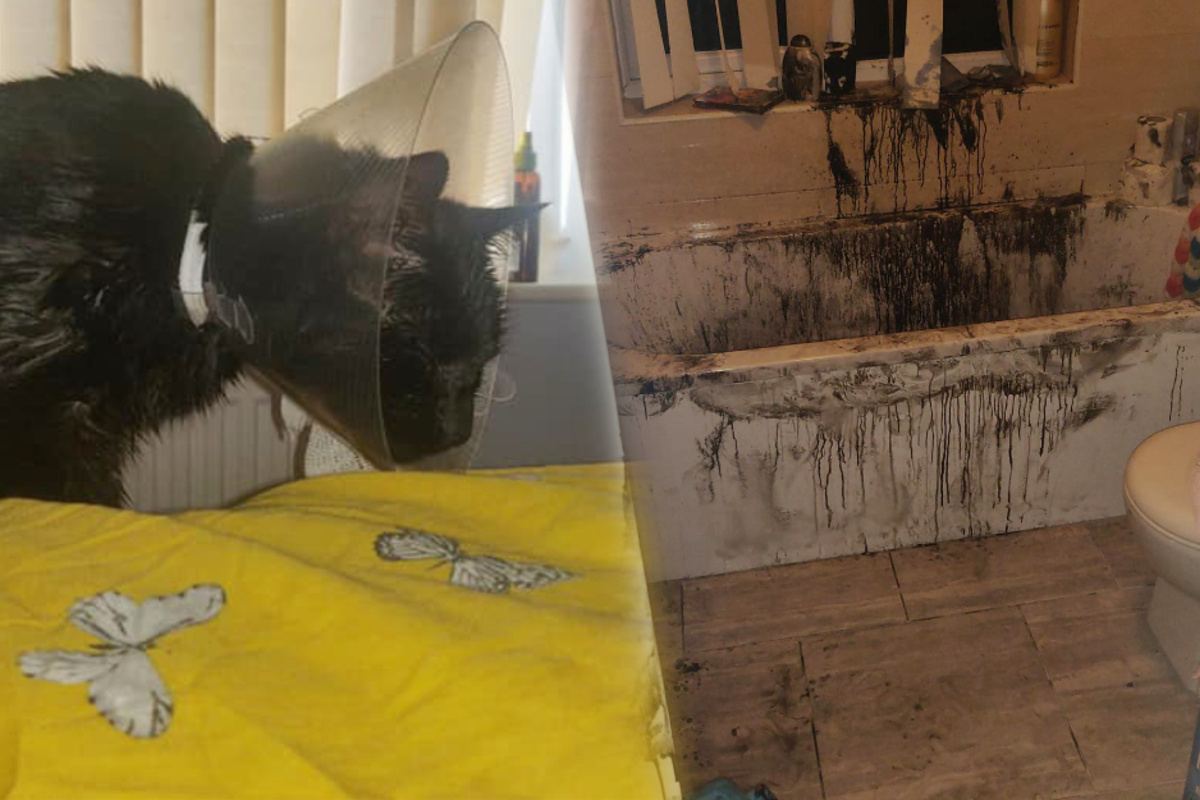 A cat came home one night and smeared the entire home of its owner with oil.

Jamie Knight (34) couldn’t believe his eyes when he woke up early in the morning of December 23rd to find the entire apartment covered with oil.

On Facebook he wrote that his cat came home from their nightly tour around midnight. The poor animal was soaked in motor oil. Concerned about the health of the velvet paw, the 34-year-old immediately drove to the vet.

On the day of Christmas Eve, Jamie posted Update of his post on the Great Barr Neighborhood Forum Facebook group. The vets would have managed to free the cat from the oil as much as possible.

“We only have to bathe him a few more times. He is very scared at the moment and not himself. We now really hope that this will change,” said Jamie.

To this day he does not know how the accident happened. “We’re not sure if he accidentally fell into a vat of oil or if someone did it maliciously.”

For this reason, the British asked the neighborhood in Birmingham to cover oil pans or oil drums and safely protect them from animals.

The owner spent the night on Christmas Eve cleaning his apartment. “We are already quite exhausted.”

Hopefully he and his cat had a quiet Christmas despite everything.