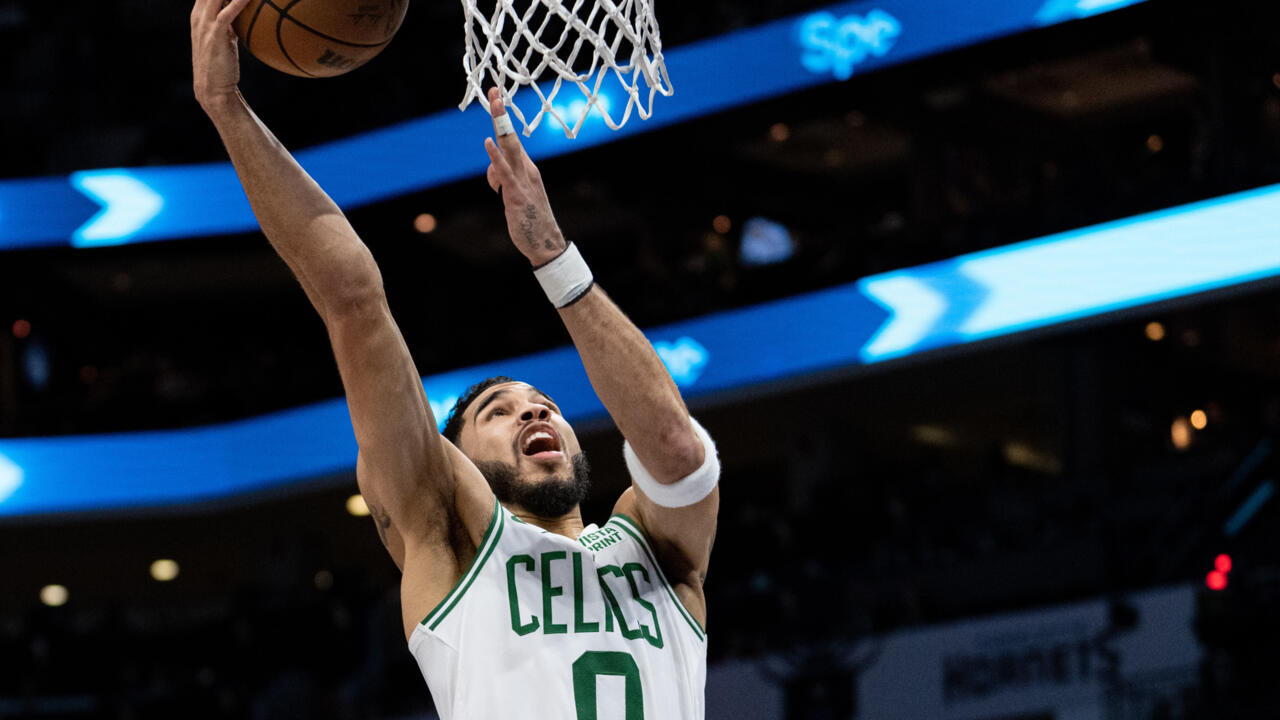 Charlotte (United States) (AFP) – Forward Jayson Tatum scored 33 points as the Boston Celtics overcame a double-digit deficit to extend their lead atop the NBA Eastern Conference with a 122-106 win over the Charlotte Hornets on Saturday.

The Celtics entered the game heavily favored to record their sixth straight win against a Hornets team that has won only 11 games.

But Boston was startled by a confident first-half performance by Charlotte, which at one point took a 16-point lead at 58-42 midway through the second quarter.

Then the Celtics unleashed on a devastating flurry of scoring after the break.

The Celtics outscored Charlotte 33-19 in the third quarter to turn the game around and kept a comfortable cushion throughout the fourth quarter.

Malcolm Brogdon had 30 points for Boston, while Al Horford added 16 and Marcus Smart 13.

In other games, the Memphis Grizzlies posted their ninth straight victory with a 130-112 rout of the Indiana Pacers.

The victory leaves Memphis tied with Denver for the top spot in the Western Conference with both teams at 29-13.

Desmond Bane hit five 3-pointers on a 25-point haul, while Ja Morant finished with 23 points and 10 assists in a resounding victory for Memphis.

In the afternoon, in Miami, point guard Gabe Vincent scored 27 points and stole five as the Heat beat the Milwaukee Bucks 111-95, who played without their star Greek forward Giannis Antetokounmpo.

Miami extended its winning streak to three games after dominating Milwaukee almost from the start to secure a win that saw Erik Spoelstra’s team improve to 24-20 in the Eastern Conference standings.

Vincent was one of five Heat players in double figures, with Victor Oladipo and center Bam Adebayo each drawing attention with 20 points.

Adebayo also grabbed 13 balls in the rebounding scramble with two assists, while fellow star Jimmy Butler added 16 points in his 26 minutes, 35 seconds on the court at Miami-Dade Arena.

Nigeria international Vincent, who re-signed with Miami in 2021 after going undrafted in 2018, credited the “perseverance” with his previous 28-point performance Thursday against Milwaukee.

“Keep going. It’s been a long road, an untraditional route (to the NBA),” Vincent told television in courtside remarks after the win, praising his teammates.

Miami, which was defeated in the 2020 NBA Finals and reached the Eastern Conference finals last year before losing in seven games to Boston, is now within striking distance of the seventh-place playoff spots.

Meanwhile, Vincent says improving the defense will be crucial to Miami’s chances in the second half of the season.

“We have to get back to being a defensive team like we know we can be,” Vincent said.

Meanwhile, Milwaukee struggled to build offensive pressure against Miami in the absence of Antetokounmpo and Khris Middleton.

Two-time MVP Antetokounmpo was ruled out early Saturday morning with a knee injury.

Bobby Portis led the Bucks’ scorers with 15 points while Jrue Holiday was held to just 12 points.

– Results of Saturday in the NBA: