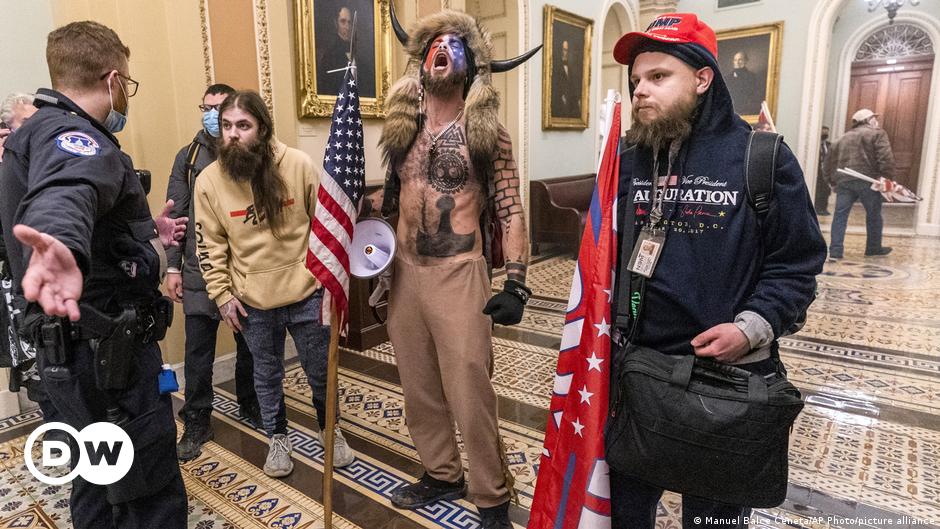 The pictures of the half-naked man with the painted face and the headdress made of fur and horns went around the world. This is exactly what Jacob C. had intended. The right-wing extremist conspiracy supporter from Arizona was arrested on Saturday, it was quite easy for the investigators.

Even a representative from the US state of West Virginia filmed himself storming into the Capitol – and posted the pictures on his Facebook page. Derrick Evans was elected to West Virginia Parliament in December. On Saturday, the 35-year-old Republican submitted his resignation to Governor Jim Justice. He accepts “full responsibility for my actions and deeply regrets any injury, pain, and embarrassment I may have caused to my family, friends, constituents, and fellow citizens of West Virginia.”

Adam J. from Florida was picked up by the police on Friday. He is said to have stolen the lectern from the chairman of the House of Representatives in the Capitol. A widely shared photo shows the man carrying Nancy Pelosi’s desk and waving at the camera.

Prosecutors said the three men were being charged in federal court with illegally breaking into a specially secured building, as well as violent intrusion and improper behavior on the Capitol grounds. Adam J. is also facing charges of theft of government property. 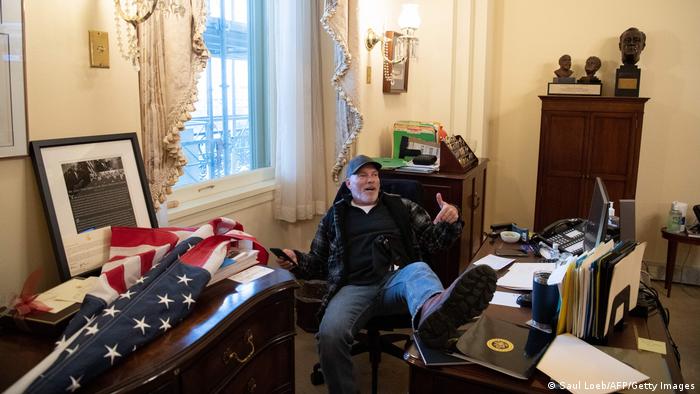 Richard B. from Arkansas was also arrested on Friday. He is said to be the man who proudly had himself photographed in Pelosi’s armchair with one foot on the desk. A total of at least 18 charges are pending against those involved in the storming of the Capitol.

See Also:  California is accommodating homeless people in hotels because of Corona

Identifying the suspects has not always been easy, despite countless pictures and videos of the incident circulating on the internet. The investigators are therefore looking for further participants with mug shots. A reward of $ 50,000 is available for references to those who dropped two pipe bombs in downtown Washington that day.