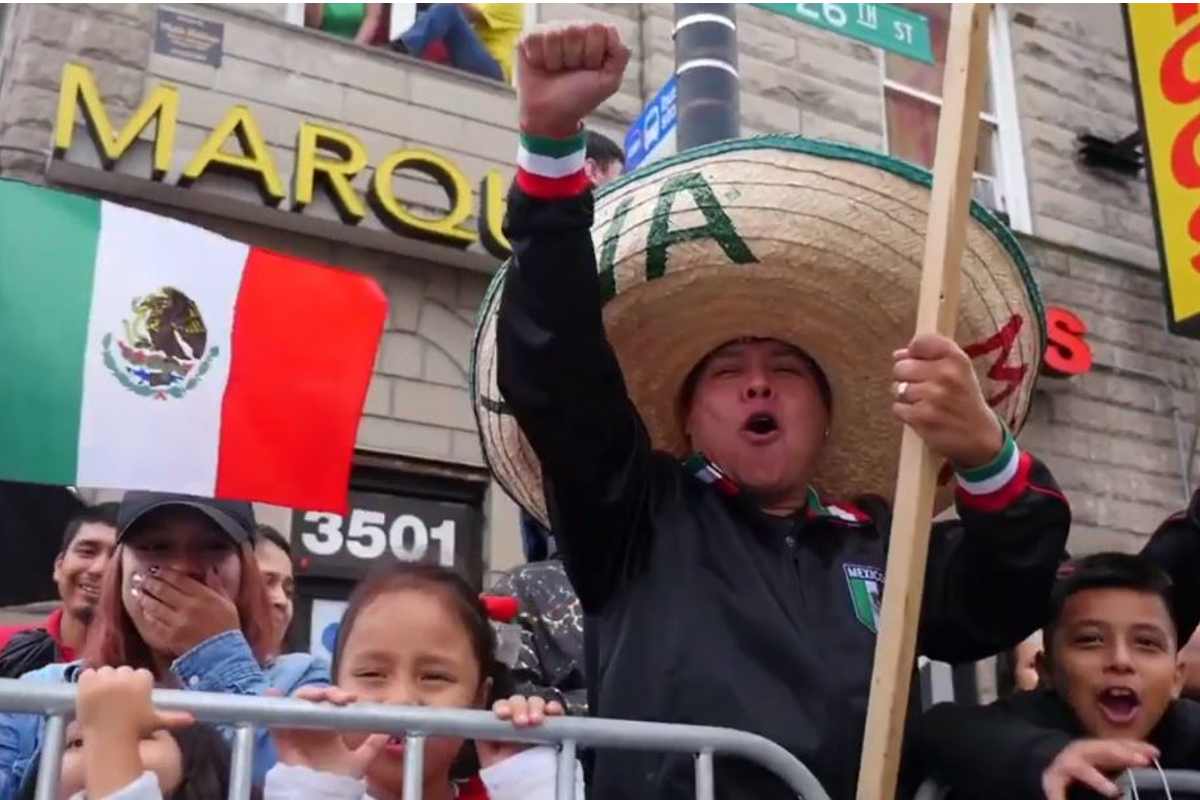 The national celebrations for September 15 go beyond a specific day and Mexicans in Illinois, Texas and California know it very well.

That is why they have prepared several celebrations for the whole week at various points.

Through their social networks, the General Consulates of Mexico in Chicago, Houston and Los Angeles, among others, invite all Mexicans to celebrate the Mexico’s independence.

For this, they detail some of the events that Mexicans will carry out to commemorate El Grito:

Where can I celebrate September 15 in Illinois?

The Sociedad Cívica Cultural la Reforma invites you to celebrate the Cry of Independence in East Chicago, IN, at 2:30 pm.

You can also take part in the annual Mexican Independence Day Parade in Little Village.

The Mexican Cultural Center invites you to the Viva México Celebration in West Chicago, IL, at 1:00 pm.

You can also celebrate Independence in Pilsen, click here.

At 7:00 pm you can experience El Grito at Parque la Villita.

The Romeoville Recreation Department invites the community to celebrate in Romeoville; the appointment is 6:00 pm.

On the other hand, the Hispanic Chamber of Commerce of the Lakes invites you to El Grito Round Lake; the appointment is at 8:45 pm. 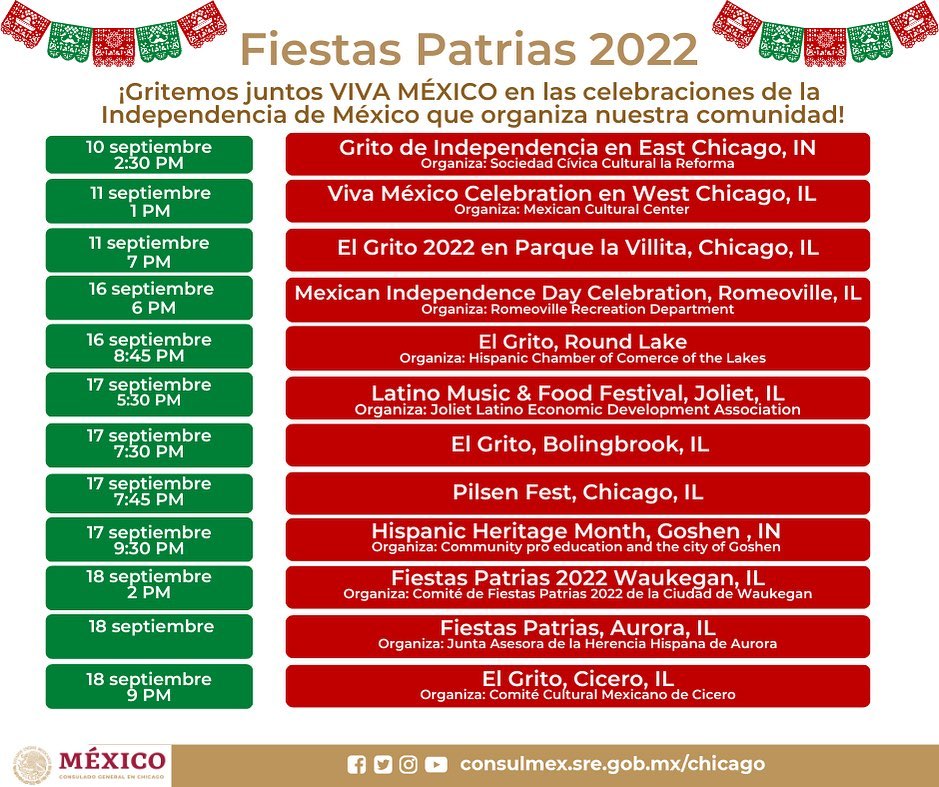 Joliet Latino Economic Development Association invites you to its celebration, the Latino Music & Food Festival, in Joliet, the appointment is at 5:30 pm.

On the other hand, the Community pro education and the city of Goshen invites you to celebrate Hispanic Heritage Month in Goshen, Indiana.

The National Holidays Committee 2022 of the City of Waukegan, in Illinois, invites you to its celebration for the national holidays; the celebration starts at 2:00 pm.

On the other hand, the Mexican Cultural Committee of Cicero, in Illinois, invites you to celebrate the shout at 9:00 pm.

On the other hand, these are the events that will take place in the Texas state.

The Mexican Consulate in Eagle Pass organizes El Grito de Independencia in Eagle Pass, Texas; the appointment is at 6 pm at Shelby Park.

Vivamos México 2022 is a Mexican party organized by the Consulate of Mexico in El Paso. It will take place at Plaza San Jacinto at 6 pm.

Popular Verbena organized by the Consulate General of Houston, Texas. The appointment is at 5 pm at the consulate, 3200 Rogerdale Rd, Houston TX, 77042.

Where to give the Cry of Independence in California?

These are the activities that will be in the state of California on the occasion of the National Holidays.

The National Holidays Committee of San José invites you to the El Grito ceremony. It will be at 5 pm at the San José City Hall, San José, California.

On the other hand, if you are in Sacramento, the Ministry of Foreign Affairs invites you to give El Grito de Independencia at the California State Capitol. The appointment is at 8 pm.

See Also:  How can I get a driver's license in Illinois as an undocumented immigrant?

For more information, you can consult the social networks of the Mexican consulate headquarters at Illinois, Texas y California.

With information from Abel Domínguez and Alan Amaury.