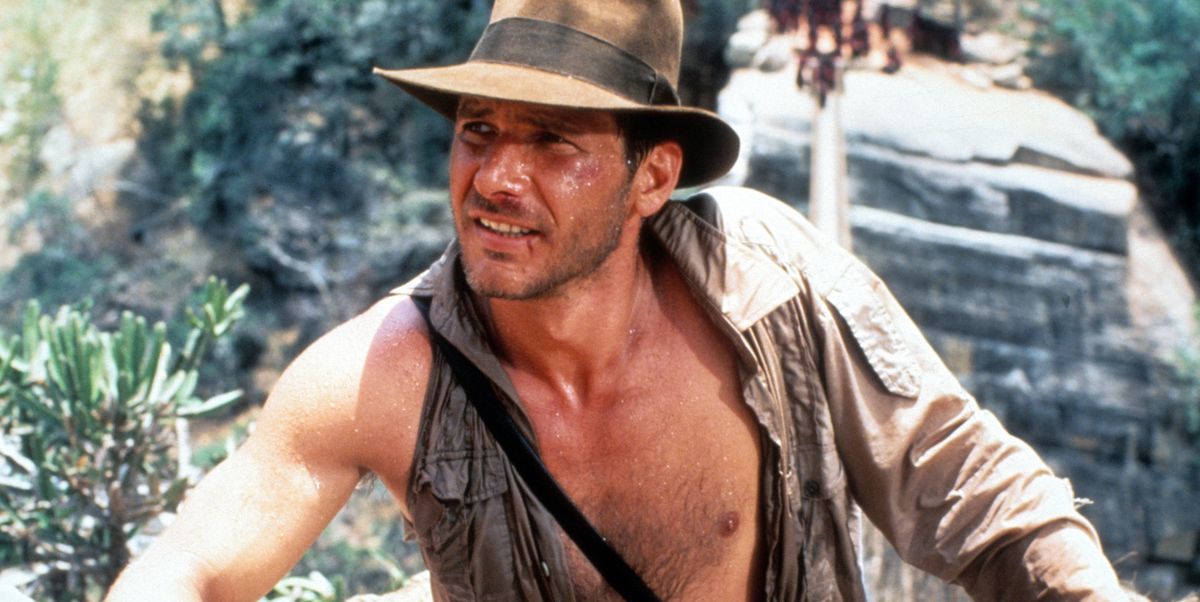 In what chronological order do the movies happen?Indiana Jones‘? If you’re not already a die-hard fan of Steven Spielberg’s star archaeologist (author of some of the best movies in cinema history), we show you in which order to watch his movies, so you can accompany Jones on all his adventures.

‘Indiana Jones’ came to the big screen in 1981 with ‘Raiders of the Lost Ark’ and stayed in our hearts forever. So much so that now, 42 years after its first premiere, we are about to witness a new one of his feats: ‘Indiana Jones 5‘, which will be released in theaters (or at least, that’s how it is planned) on June 23, 2023.

Harrison Ford gives life to this relic savior whose mission is to prevent some of the most valuable treasures in human history from falling into the wrong hands.. And one might think Is there anyone who could have this job full time? You are right. Although it’s not really full time, since Jones is also a professor at the University. But it is true that he has found himself in this complicated situation on numerous occasions, and thank goodness! Thanks to the good luck (or bad luck, depending on how you look at it) of Ford’s character, we can continuously enjoy some of the best adventure movies in the history of cinema.

Putting his life at risk for the fifth time (that we know of) Harrison Ford will return to the big screen accompanied by Phoebe Waller-Bridge, Antonio Banderas and Mads Mikkelsen (among others). John Williams will accompany them as usual, “invisibly”, contributing the original film soundtrack. Undoubtedly, an essential addition since the composer is the creator of some of the best original soundtracks in movie history. That of ‘Indiana Jones’ among them!

If after all this, you finally refuse to go to the premiere of one of the most anticipated movies of 2023 Knowing nothing of what happened in the previous adventures, this list will save you from your agony. Well, that and a good subscription to the platform streaming in turn (in this case: Apple TV+), although perhaps you are a melancholic and have DVDs and VHS at home (it would not be strange) and you can enjoy them without the need to resort to the Internet.

Do not wait more, have a good mini marathon of adventure cinema and let yourself be carried away Lucasfilms until the middle of the 20th century. It’s only about four movies, but what movies! following this Chronological order of all the ‘Indiana Jones’ moviesYou won’t need anything else. Forward!

Even though it’s about the second film released in the saga of ‘Indiana Jones’its chronological order is located before the mythical search for the Ark of the Covenant.

If the first of the films is set in 1936, in this case we see Indiana in 1935. The adventure takes us to Shanghai, where the adventurer Jones is involved in a serious brawl in a nightclub, from which he escapes with a singer and a boy (Ke Huy Quan).

In their escape, the flight they are on suffers complications and the three end up in India. There, they will help the inhabitants of a small town, whose children have been kidnapped in a strange way.

The first of the films of the mythical saga of ‘Indiana Jones’travels to the year 1936. There, we will meet our protagonist, the intrepid university professor of archeology who dedicates his spare time to recovering historical relics of incalculable value.

At the beginning, we will see him put his life at risk in South America. There, he makes it out alive (miraculously) avoiding being crushed by a large rolling boulder. The United States government will entrust you with an even more dangerous mission: Find the Ark of the Covenant, in which the Tables of the Law that God gave to Moses are kept.

However, this precious object (which will give its owner absolute power) is also being persecuted by the Nazis, who want to get hold of it to conquer Europe.

In the third of the ‘Indiana Jones’ movies we will meet the man responsible (in origin) for all the adventures we have witnessed so far.

It is none other than Indiana’s own father, Henry Jones, played by Sean Connery. This time, the Nazis will kidnap Henry while he is in quest for the holy grail (father and son share profession and interest in valuable objects).

Indiana will have to start an expedition to rescue him and, of course, to find the holy object that his father was chasing. A new race against time against the Nazis!

‘Indiana Jones and the Kingdom of the Crystal Skull’ (2008)

Several decades were needed for us to witness the adventures of ‘Indiana Jones’ again. Since the premiere of ‘The Last Crusade’ in 1989 we had not heard from the favorite archaeologist of many. However, in 2008 we were able to travel back in time to find out what had become of Jones.

In this case, we are in 1957. After surviving (once again, miraculously) a Soviet explosion in a remote desert, the dean of the university where he works confesses to Indiana that his last missions have failed and that his layoff is imminent.

After this, Indiana meets Mutt (Shia LaBeouf) who proposes a business. In exchange for helping him with a problem, she will show him the way to one of the most valuable objects in history. It is nothing more and nothing less than the Crystal Skull of Akator, whose whereabouts are unknown within the territory of Peru.

As usual, the task will not be easy. Soviet forces, led by Irina Spalko (Cate Blanchett), are in search of the same relic.

The fifth ‘Indiana Jones’ film will hit theaters around the world this summer. Although to this day the full information of the film has not yet been revealed, we do know that they will be in its cast: Phoebe Waller-Bridge, Mads Mikkelsen, Antonio Banderas, Shaunette Renée Wilson y Boyd Holbrookamong others.

The action seems to take place in the 1960s. (due to the natural passage of time of the main character). A fact that has resonated a lot about this film is that Harrison Ford will drastically “rejuvenate” for the film’s opening scenethanks to a sophisticated audiovisual editing technique.

Manuel D’Ocon
Actor and writer specialized in film criticism, graduated from the Carlos III University of Madrid, the Estudio Corazza for the actor and the ECAM.