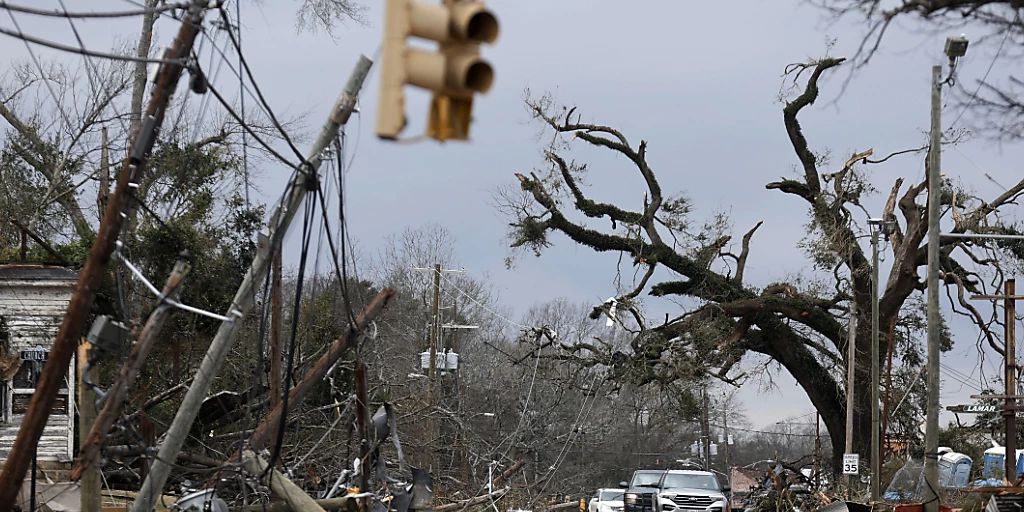 After the tornadoes in the USA, the clean-up work has started in several cities. However, there is no end in sight to winter storms in California.

After the heavy tornadoes with at least nine fatalities in the south-east of the USA the search for other possible victims and the clean-up work continue. In the hard-hit Autauga district in the state of Alabama, several residents were freed unharmed from a damaged shelter. The local media reported on Friday evening (local time).

In the town of Selma, about 50 kilometers away, Mayor James Perkins called on volunteers to help clearing debris and debris.

According to the fire department 25 people were injured in the city of around 17,000 inhabitants. But there were no deaths there. However, as in Autauga, dozens of buildings were destroyed or damaged.

The weather service counted in Alabama and the neighboring state of Georgia, where two people died, Tornado-Damage in 14 districts each. According to the website poweroutage.us, around 20,000 households in both states were still without electricity on Saturday.

No end to the storms in sight

In what is usually sun-kissed California still no end of the strong winter storms in sight. “We’re not over the hill yet,” warned emergency services director Nancy Ward, according to the Los Angeles Times, with a view to the new, severe storms predicted: “The threat to communities remains, and that water will continue to rise even after the storms have passed.” According to media reports, at least 19 people have been killed in the west coast state, for example by falling trees or flash floods.