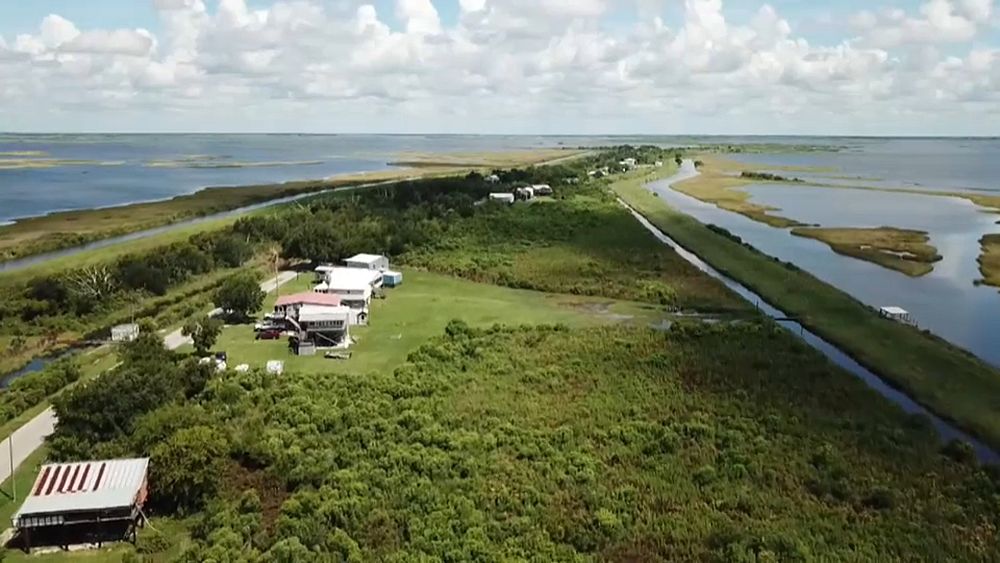 The island of Isle de Jean Charles in the coastal region of the US state of Louisiana is doomed. A piece of land surrounded by water where erosion is gnawing, unstoppable. The water level rises. Since 1955, the island has lost around 98 percent of its area.

Jonathan Parfait knows this all too well. He grew up here and sees his island shrinking every day. “It was all land. The canal we’re sailing on right now was as wide as our boat. And that was 20 years ago.”

The oil industry has dug canals through the coastal swamps for years. Saltwater entering above it put a heavy strain on nature. The roots of the trees can no longer hold the earth, so the coast is being eroded.

Natural storm barriers were absent due to land erosion. Even mild storms result in tidal waves that inundate the island.

A good 400 people once lived here, today there are just 50. The few houses that are still inhabited have to be raised regularly, as Belly Biliott explains. She knows that she and her mother will have to leave soon.

The consequences of erosion are visible at the end of her garden. The water has eaten up 100 meters in just 10 years.

The island is defenseless against the water. In the face of the unstoppable, Louisiana authorities have drawn up an evacuation plan. In four years at the latest, the last residents are to be resettled in safe terrain – north of the city of Houma, 40 kilometers inland.

“They will be the first refugees as a result of climate change,” says a local government official.

Some stubbornly refuse, like Edison Dardar, who has already rebuilt his house three times and has no intention of changing anything.

“Is this your island?”

“This is my island.”

His son has set up a kind of rescue capsule in the garden for him, just in case. Whether they can save him from the rising water is questionable.