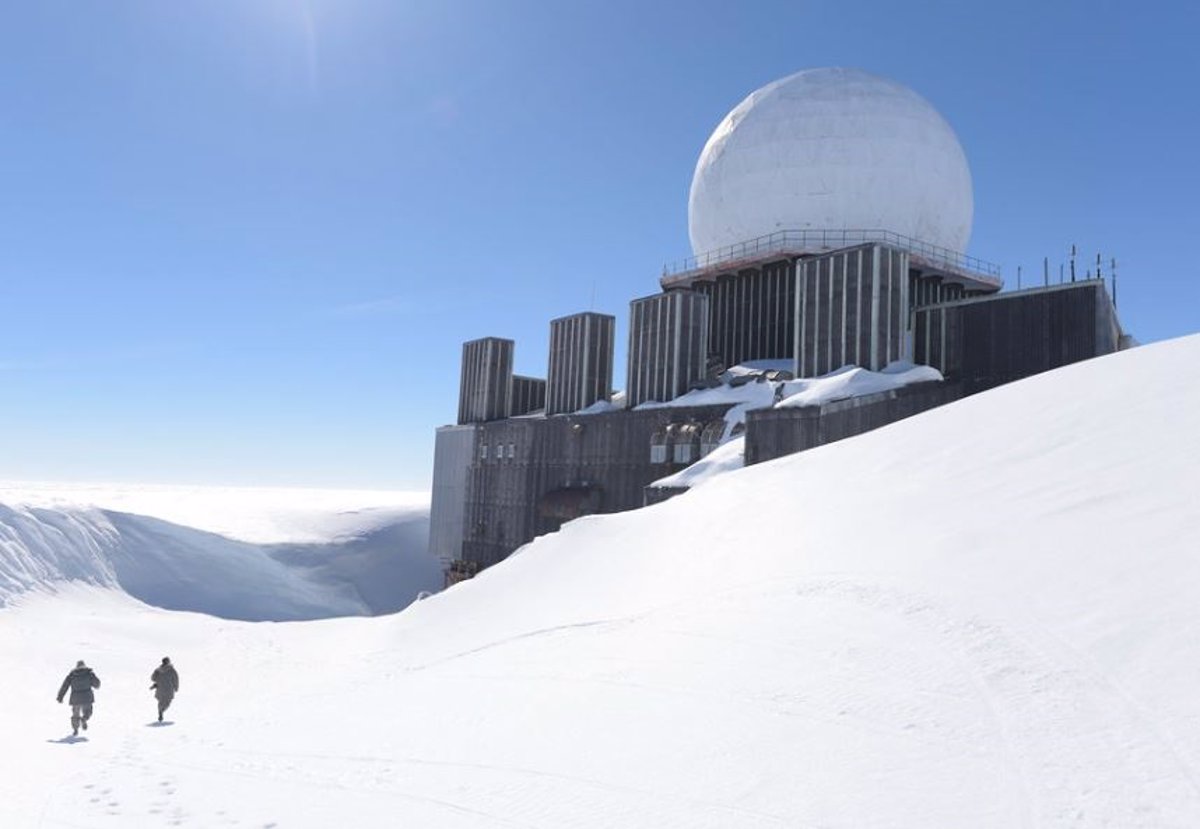 An abandoned radar of the 60 installed during the Cold War as part of an early warning system that spanned the far north of Alaska, Canada, and Greenland. – FLICKR

Severe changes in Earth’s climate would likely affect communications and remote sensing systems, such as radar, in some cases for the better and in others for the worse.

This is revealed by an investigation by a team from the Johns Hopkins Applied Physics Laboratory (APL), in Laurel (Maryland).

Climate change can pose several existential threats, at least in worst-case scenarios, such as rising sea levels, coastal flooding, increased droughts, heat waves, and extreme weather events. But the possible effects of “second order”such as the impact that long-term changes in environmental conditions could have on the technology, they have not been studied as closely.

“Engineers designing sensor systems, such as radar, infrared cameras, etc., are used to having fixed environmental requirements. It doesn’t matter if a system is designed now or 10 years from now, they expect the same requirements to be met.” Explain it’s a statement Jonathan Gehman, an APL applied physicist who led the study, presented at the 2022 annual meeting of the US National Committee for the International Union of Radioscience.

“We wanted to ask the question: Will that assumption hold, or will climate change alter the environment enough to affect the design of sensor systems? Because if it does, even a little, it would be a surprise to designers and engineers who are not used to considering the environment as an evolving design factorGehmann explains.

The team chose seven locations around the world that represented a variety of marine climates. At each location they extrapolated two alternative future climates, produced by two different possible trajectories of greenhouse emissions: one moderate and one severe.

According to Gehman, the results were surprising. Although most of the changes were minor, some were significant enough to have an impact on next-generation communication systems, as well as in navigation and surveillance radars.

“Today, when designing these systems, one of the decisions that often has to be made is between the S and X band, which are about 3 and 10 gigahertz, respectively,” he explained. “The tradeoff is that with the S band you can see more through the atmosphere, but with the X band and other high-frequency bands you get better resolution and more bandwidth and a less saturated spectrum.”

“And what we found was that, in the next 50 years, in the severe scenario, that differentiation is likely to become more pronounced,” he continued. “The longer-range advantage of S-band will be enhanced, and X-band and higher frequencies will be degraded as a result of increased moisture in the atmosphere.”

STUNNING FINDINGS IN THE ARCTIC

Two of the seven locations analyzed were in northern waters that are currently covered in ice for part of the year. As ice cover shrinks and waters warm, the somewhat paradoxical finding was that designing sensors for use in the Arctic – generally considered an extreme environment and thus a limiting factor in design – it might not be so difficult in the future climate.

“Right now, conditions in the Arctic create a relatively short radio horizon, on average, compared to most other areas of the world. However, according to our study, as the Arctic opens up, it will look more like a normal body of water from the point of view of what radar can see on the surfaceGehmann explains.

“This may alleviate concerns about the use of radar in this region, as these conditions will ease somewhat in the coming decades,” he adds.