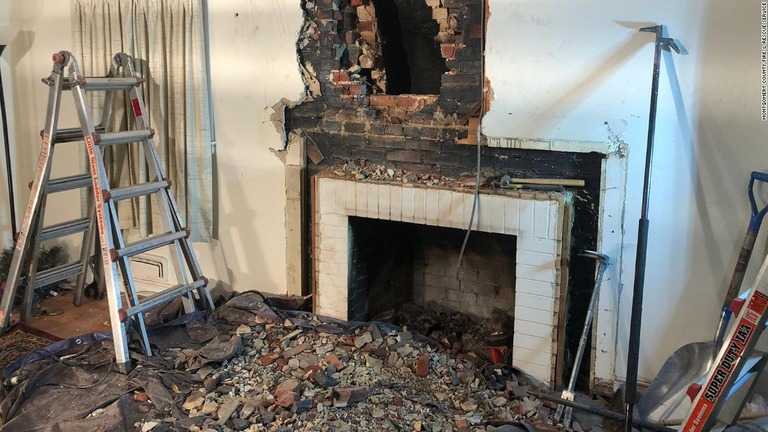 （ＣＮＮ） In Silver Spring, Maryland, a man trying to break into a private house was found stuck in a chimney.

A 24-year-old man was rescued by a rushing fire brigade after being trapped in a chimney for more than four hours, according to a report from the Montgomery County Police Department.

Police are investigating the man on suspicion of robbery.

The incident happened around 3:00 am on the 8th. A resident of the house reported to the police that he was hitting a wall from inside the house. Police searched the house, but couldn’t find anything at this time.

However, at around 5:30 pm, the resident reported to the police again that he heard the same noise. When the police rushed to see him as a robber, he heard a human voice in the chimney above the fireplace.

More than 20 firefighters were dispatched to the scene and took more than an hour to remove the walls and bricks around the chimney and rescue the suspected man who had invaded without permission.

In the videos and photos posted on Twitter by the fire rescue team, a man’s foot can be seen in the chimney where the fire brigade removed one brick at a time.

The man was safely rescued from the chimney around 7:30 am and taken to the hospital by ambulance.