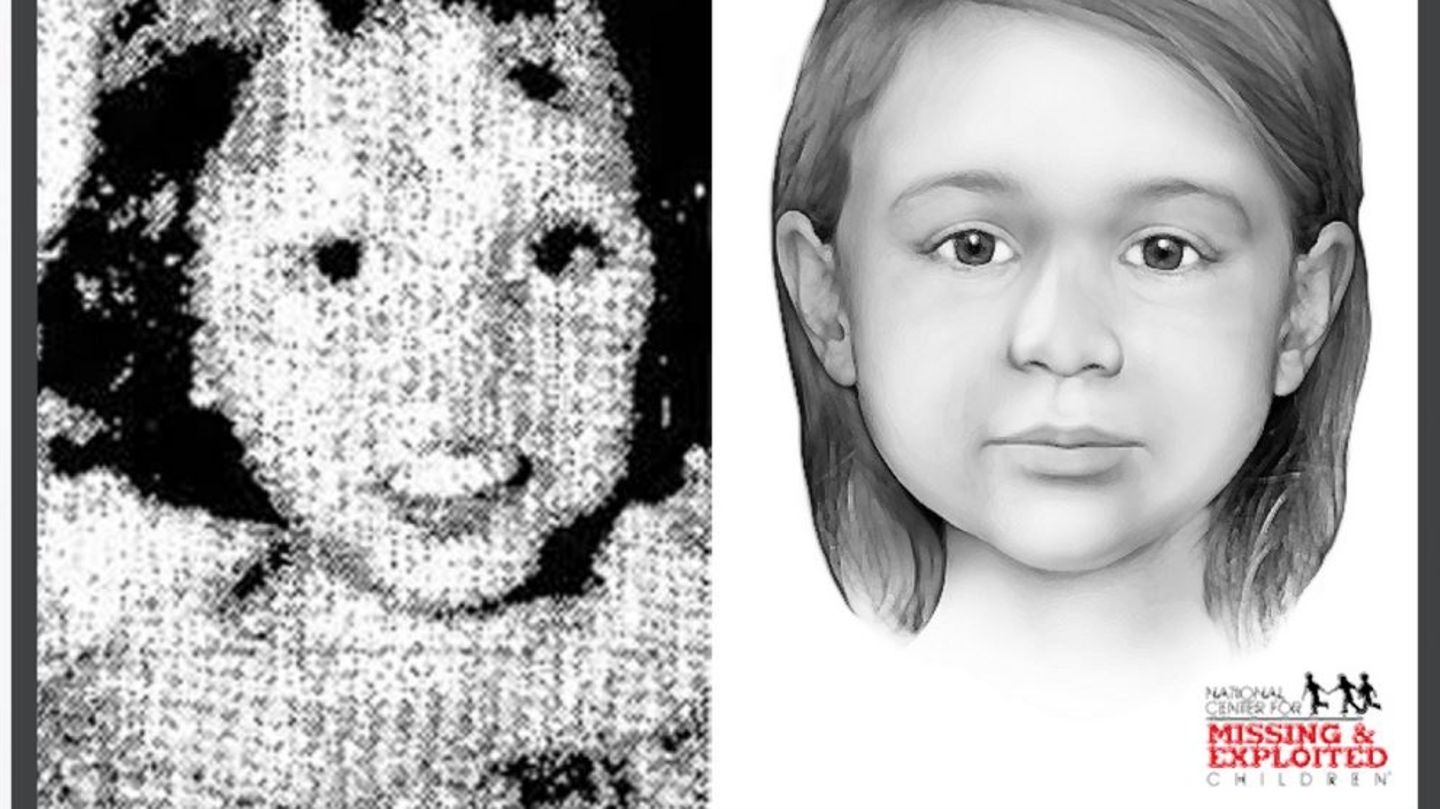 In the case of a child’s corpse, the investigators in the US state do not give up more than six decades after the crime. Now finally the identity of the “Little Miss Nobody” came out.

This article first appeared on RTL.de.

On July 31, 1960, the burned body of a child turned up in Arizona, but his identity was never established. Now investigators have solved the 62-year-old mystery thanks to the latest technology. The dead person, who the police had christened “Little Miss Nobody”, finally has a name – and a story. But the cold case is far from over.

Officials used cutting-edge DNA technology and facial reconstructions to solve the 62-year-old mystery. The child killed is Sharon Lee Gallegos, investigators said at a press conference in Prescott, Arizona. The four-year-old was kidnapped on July 21, 1960 from her grandmother’s garden in Alamogordo, New Mexico, where she was playing with other children.

The child’s body was discovered ten days later – around 870 kilometers away, in the Sonoran Desert in the US state of Arizona. Even then, the police initially assumed that it could be the kidnapped Sharon. But investigators misjudged the age of the dead and thought they were older. A comparison of clothing and footprints also found no match, said Yavapai County Lieutenant Tom Boelts. A fatal mistake, as would be shown 62 years later.

In 2014, the police reopened the cold case, focusing their research primarily on old newspaper articles. A year later, the unknown body was exhumed from the desert, which had been buried in an anonymous grave under the name “Little Miss Nobody”. As “ABC” reports, the residents of the nearby community of Prescott had raised money for her funeral to give the child a dignified farewell.

But DNA samples brought no progress, in 2015 the tests were not far enough to find a new lead. Only a 3D facial reconstruction in 2016 gave the child a face and ultimately led to the conclusion that it was actually Sharon, who was kidnapped in 1960.

A privately financed DNA comparison of the corpse with a close relative of the four-year-old has now proven this beyond a doubt. According to ABC, the sheriff’s office and the Texas DNA company “Othram” had collected the equivalent of around 3,650 euros at the beginning of the year in order to be able to pay for the special tests.

But this cold case is far from solved

“In 1960, people had no idea that DNA was even going to be a technology — they didn’t even know what to call it, it didn’t exist,” said Yavapai County Sheriff David Rhodes. “But somehow they did enough research to preserve, document and commemorate all the things that one day we could get to this point.”

However, the case is not over with that. “We still have a lot of work ahead of us,” said Boelts. “We still want to identify the people who kidnapped her. We still want to answer the question of what happened in the 10 days between the kidnapping and the finding of the child. So we’re still working.”

Watch the video: Jürgen Schmidt is the former head of the Gifhorn criminal police and gave detailed information about his job in the STERN CRIME Masterclass. In the notes, Schmidt reports on everyday life at the police department, explains how the police proceed at the scene of the crime in theory and on the basis of two case studies.