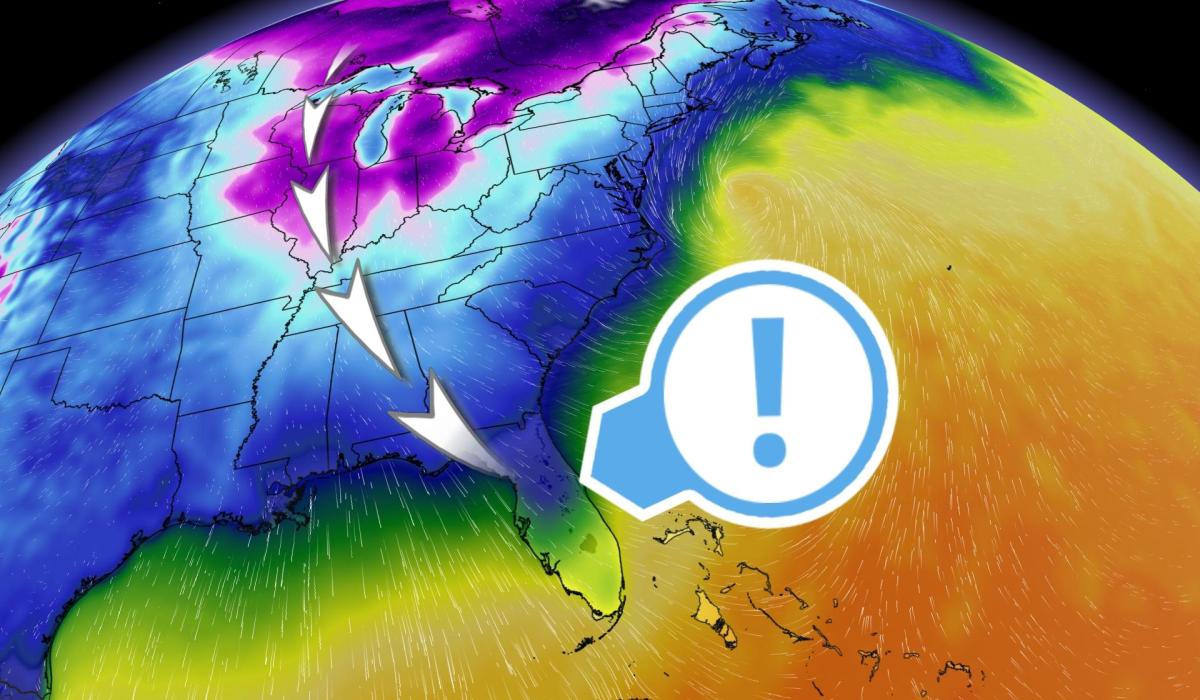 Wednesday, January 26, 2022 at 1:45 p.m. – Some Quebecers choose to escape to Florida to escape the cold of the tough winters back home. An unpleasant surprise is brewing, however, as the cold will visit this state in the southern United States.

In January, quite intense cold air descents were observed as far as Florida. The next one promises to be the most aggressive so far. A trough will dip southeastern United States, so much of Florida could see temperatures below 0°C. 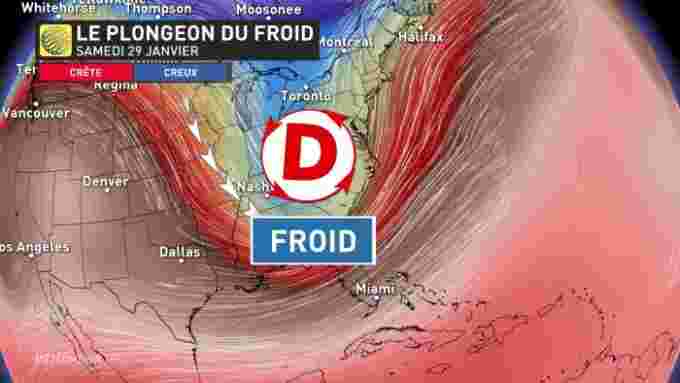 Two other elements will be under surveillance: cold records could be broken and crops, such as citrus and berries, are threatened in places. Some animal species are also poorly adapted to the cold. Iguanas regularly fall from trees during cold spells, a phenomenon nicknamed the “iguana rain”. Early Sunday morning, temperatures are expected to drop to 15°C below seasonal norms. 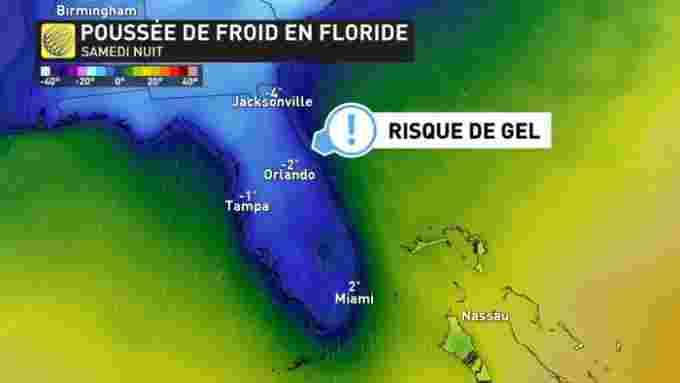