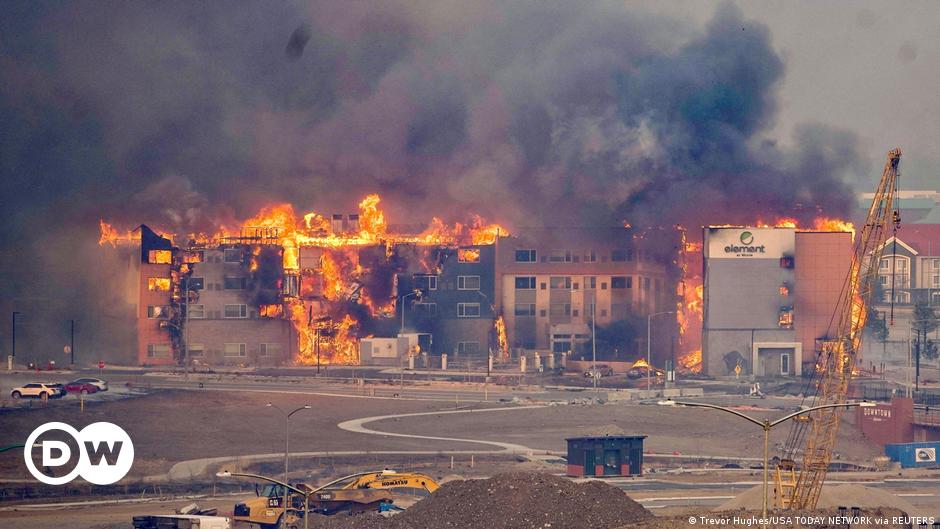 Colorado Governor Jared Polis declared a state of emergency in response to the fires in his state. The fire, which stretched over 4,000 acres, threatened suburbs and businesses. It was “absolutely devastating”. Polis tweeted “prayers for thousands of families being evacuated from the Superior and Boulder County fires.”

Hundreds of homes have already been destroyed, Boulder County Police Chief Joe Pelle said at a news conference. He would not be “surprised” at the deaths “given the scale and intensity of this fire” in a densely populated area, Pelle said. The National Weather Service described the situation as “life-threatening”.

Wildfires in winter are very uncommon in the region. However, like much of the western United States, Colorado is suffering from a drought that has left the area vulnerable to fires. Downed power lines from gusty winds had sparked a series of smaller fires that are now spreading across the bone-dry Boulder County landscape. The winds also make extinguishing work difficult.

Heavy snowfall could bring relief in the region. Up to three feet of snow is expected in some parts of Colorado, the Boulder National Weather Service office said on Twitter.

Visibility severely restricted: road near the town of Boulder (Colorado)

In the northern state of Alaska, meanwhile, the authorities warned of an “Icemageddon” – alluding to the word “Armageddon” for an absolute disaster. Hours earlier, the thermometer on Kodiak Island had reached 19.4 degrees Celsius – a December heat record in Alaska. It rained more than it had in decades. He froze to the ground as temperatures dropped below zero again.

Unusual weather conditions recently caused traffic problems and evacuations in the state of Washington and in California. Scientists attribute the extreme weather of recent months in the USA to climate change.