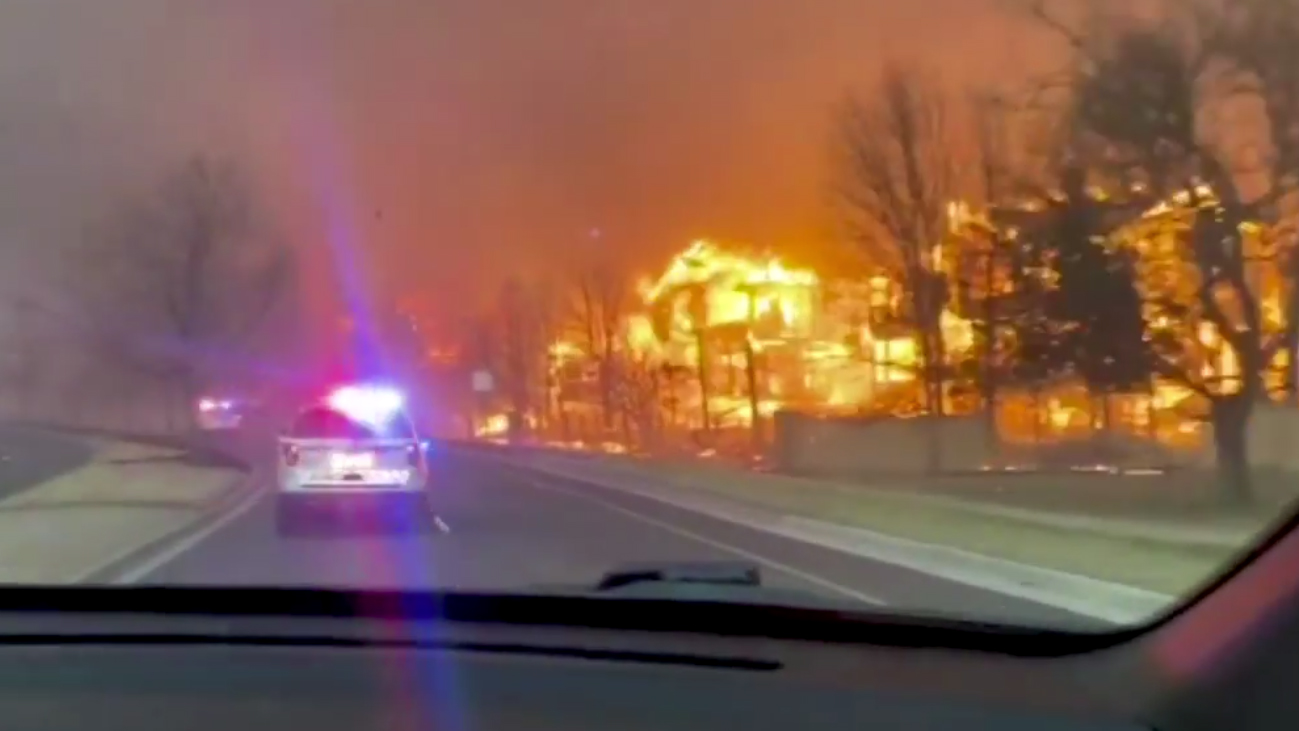 A violent forest fire reduced nearly 650 hectares to ashes, burning many buildings and injuring at least half a dozen people. Tens of thousands of residents also had to urgently leave their homes in the cities of Superior and Louisville, east of the Rocky Mountains.

According to the Boulder County Sheriff, the origin of the disaster was a brush fire sparked by sparks from power lines and transformers knocked down by high winds. Gusts of up to 177 km / h have also been reported in Boulder, according to the local weather service.

Evacuation orders have first been issued for all residents of the town of Superior, which has a population of approximately 13,000, and also for those of the adjacent municipality of Louisville, which is home to more than 18,000. . An entire subdivision of 370 homes caught fire west of Superior, along with 210 homes in an Old Town neighborhood. A shopping center and a hotel were also destroyed by the flames.

Disturbingly, this terrible fire on the outskirts of the Denver metro area, left dry by an extreme drought that hit eastern Colorado this summer, follows several days of heavy snowfall in the Rocky Mountains.

According to the original article published on The Weather Network.