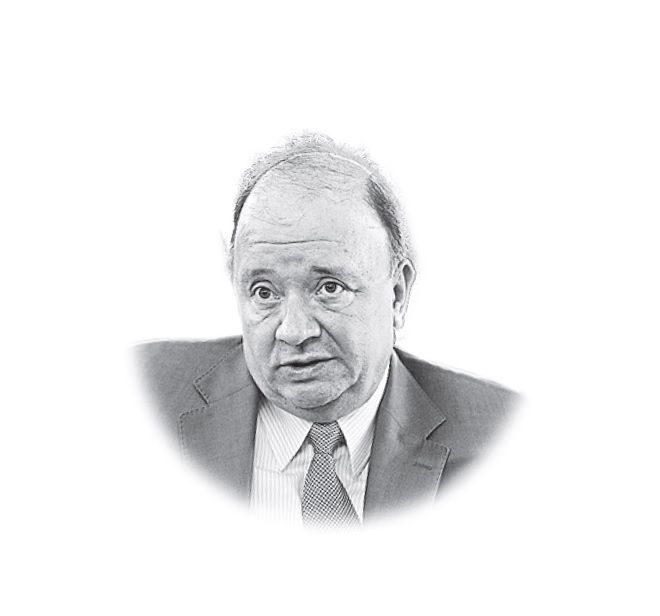 Like many citizens, stunned I spent twelve hours in front of CNN. All fictions of Designated Survivor, House of Cards, Oval Office and many other series and films happened live: the mutineers with Confederate flags, and the policemen opening doors and windows of the Capitol; the US flag at the top of the dome, replaced by one of Trump, and, finally, an illustrious sesame farmer from Illinois sitting on Nancy Pelosi’s podium.

I felt the anger generated by a journalist when, live from Congress, he notes that he seems to be “transmitting from Bogotá”; I wish I had, young man, at the rate of the USA! Trump had incited the protesters, via Twitter, Instagram and Facebook, to walk down Massachusetts Avenue, “the one I love so much”, and to do so with strength and courage, reaching “to the houses of our representatives and senators to notify them that we will never grant them victory in the elections ”.

The mob obeyed, broke the security cords and entered, with the complicity of some guards, up to the presidency of the Chamber, “Satan’s lair”, as they called Ms. Pelosi’s office. The ceremony of recognition of the presidential vote by the North American Electoral College was interrupted now by the violence of the trumpomaniacs; minutes before it had been due to objections to the Arizona vote, which forced the two houses to meet separately, debate and vote whether or not they were accepted.

The president of the USA, using social networks, is the most powerful human on Earth; not even its nuclear power is that effective.

See Also:  Republicans' odds of beating Democrats for control of the Senate in Midterms

President-elect Joe Biden took to the media to ask Trump to pick up the rioters, whose conduct has already left at least one person dead and several wounded, among armed and unarmed civilians, law enforcement officers and Capitoline personnel. He called the acts “insurrection.” My eyes couldn’t open anymore. The language used for the coup in Chile, Panama, Argentina, Guatemala, in Tejero’s Spain, in Chavista and post-Chavista Venezuela seemed adequate to describe what was happening.

Interestingly, Bogotá was not the obvious place that came to mind for a Latin American viewer. The fight for the public force followed: Trump on one side, preventing the intervention of the National Guard; Pence, oh, Pence, in favor; until, late, that force appeared and controlled the Capitol. Vice-presidents of democracies in general go down in history as discreet or coup plotters. Mike Pence may be the only one to go down in history for preventing his president from carrying out a coup. The bipartisan applause is justified. He exercised only the limited power that the Constitution grants him and did not yield to the whims of his authoritarian and narcissistic boss. Trump, alone, calls for peace, says he loves the coup plotters and shuts down the incident. Investigations will come, but insanity has. Biden confidently sees the enormous challenges.

I want to highlight, as a syllogism, something that seemed transcendent in the events of January 6: the president of the United States, using social networks, is the most powerful human on Earth; not even its nuclear power is that effective. His repeated voice on Twitter, his image on Instagram or Facebook appease or inflame crowds, start or end wars and coups.

Those networks decide, per se and rightly in this case, that the Trump user has exceeded; They disconnect it, download content and the most powerful man in the world is silent and disappears. Therefore, social media is more powerful than Trump. The true daily power is today in the networks. No one knows for sure what they are. We don’t know who or what flipped the switch; no one identifies its legitimacy or representativeness; nobody knows his line of command or his ethics; almost everyone uses them regardless of the questions.

This time, the networks performed correctly. Nothing ensures that it will always be like this. The networks could beat Trump: and who is around them?