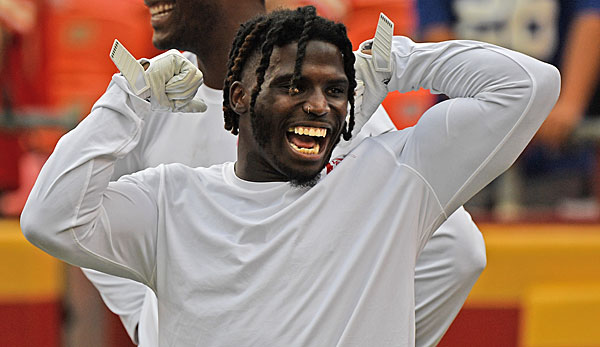 The Kansas City Chiefs and Tyreek Hill have agreed to a contract extension. The team officially announced this on Friday.

Hill is renewing his contract with the franchise, according to information from ESPN-Insider Adam Schefter by three years. The 25-year-old will receive $54 million for this. $35 million of the sum is said to be guaranteed.

The wide receiver would have earned around two million dollars in the coming season, after which his contract would have expired. With the extension, Kansas City is now tying one of its most important players to itself for the longer term.

Tyreek Hill: Not suspended by the NFL

Hill had 1,479 receiving yards and 12 receiving touchdowns in 16 regular-season games last season. Hill was voted both a Pro Bowler and an All-Pro.

In the summer, “Cheetah” made headlines off the field. Hill was accused of breaking his son’s arm and threatening his girlfriend. Sound recordings also burdened him. The NFL launched an investigation, but announced they had found insufficient evidence for Hill to avoid a league ban.