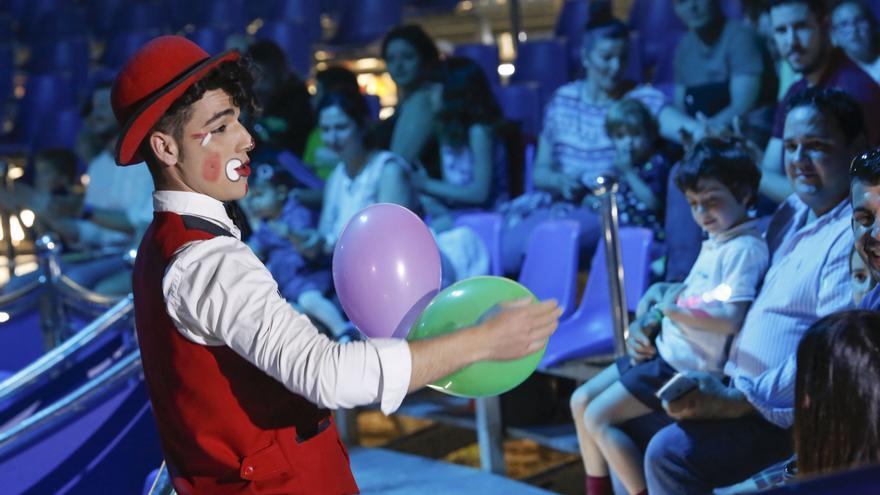 The Great Alaskan Circusone of the usual Cordoba Fair in its eight decades of existence since it was founded by Jesús Segura, it returns to the Caliphal city after two years of absence forced by the pandemic, almost as if it were resuming its last visit, which was precisely in the last edition of the festival, in the 2019.

During this period in which the social and health crisis has also severely affected this sector of the performing arts, work has continued and, since then, the circus has improved its content. Certainly, the Great Alaskan Circus, also installed on this occasion on the grounds of the Enrique Puga field from Friday May 20 to June 5follow without using animals in their shows, after having declared their respect for the well-being of these beings and very much in line with that agreement of the plenary session of the City Council of Córdoba (on January 19, 2016) that declared the municipal term as free of circuses with animals. But this does not mean that huge beasts of the sea and the land do not surprise the spectators, if not live, then through technique, specifically with the giant hologram projectiongiving life, according to promotional information, to lions, white tigers, prehistoric animals, huge giraffes, elephants and rhinoceroses, as well as other species of the seas.

The show will also feature the musical group Cantajuegos, as well as with jugglers, trapeze artists and, of course, the clowns, while the farewell will be carried out by the staging of The Lion King with the characters from the stage version of this work. The representations will be every day from 8:00 p.m.with double functions Saturdays and Sundays, the first one in the morning, at 12.00.

Doing a bit of history, it can be remembered that The Great Alaskan Circus is named in memory of the impression that its founder, Jesús Segura, got from a trip in which he landed in that North American state, and according to promotional information it is made up of plus 32 trailers and 45 trucks, with some 60 workers and having won awards such as gold and bronze in Monte Carlo or bronze at the Latin Festival in Rome throughout its history.

The Great Alaskan Circus in Córdoba

Ticket prices: the organization offers up to 60 percent off for online shopping at this link. Prices range from 40 euros (28 online) for the first row to 15 euros (6 online) for Grandstand C. Children over 2 years old pay a ticket.