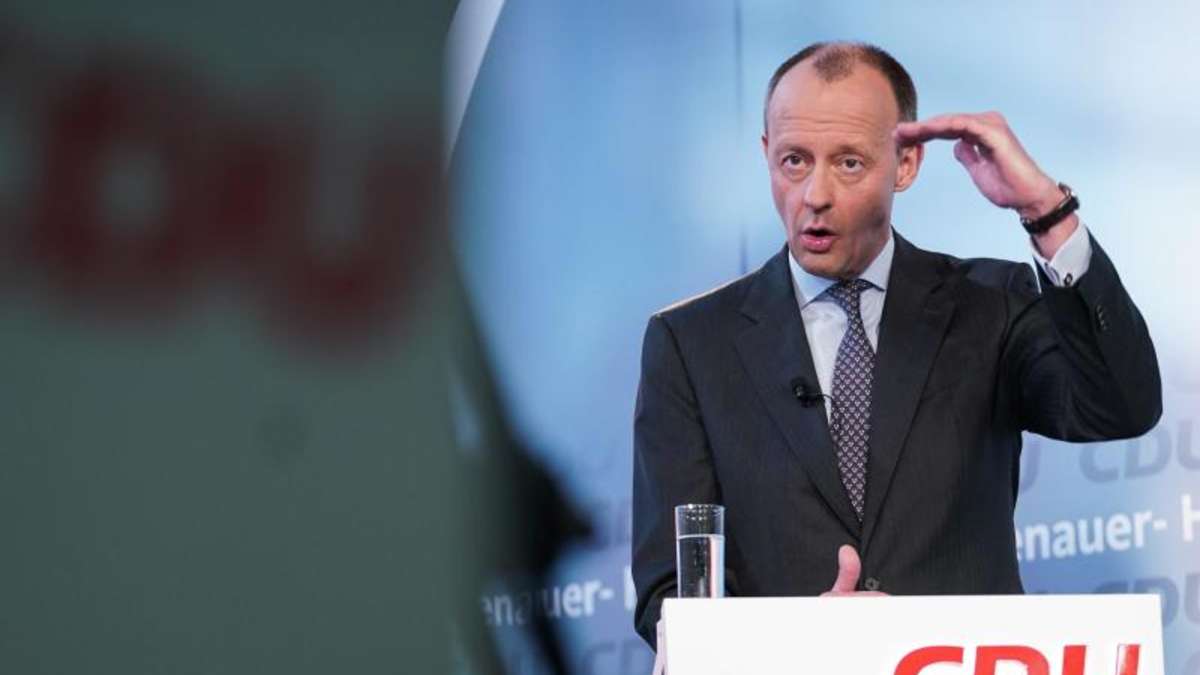 She is vaccinated, she is allowed in. He’s not vaccinated, he isn’t. Such special rules for corona vaccinated people are currently being discussed again. Many reject them, but they are not entirely new.

Update from December 31, 10:25 a.m.: “One cannot generally withhold basic rights from an ever-increasing population group of vaccinated, healthy and convalescent people, because an ever-smaller group is still with the
Virus is at risk, “says Friedrich Merz (CDU).

In the debate about privileges for Corona vaccinated he positions himself clearly: “Basic rights are individual rights, but not collective rights, which the state withdraws from everyone if necessary and only grants them back to everyone at the same time if the situation allows it again,” he said. A “de facto mandatory“Can be excluded by dealing with a negative Corona-Test have special rights, said Merz. Therefore one could not speak of discrimination either.

“Of course you have to draw conclusions when someone can no longer endanger others. When the practical questions have been resolved and there is no longer any objective reason for the restrictions, they must be lifted, ”says Norbert Röttgenwho like Merz for the CDU-Vorsitz is running.

However, the debate about increased rights for vaccinated people is still in a vacuum. According to the manufacturer, it will be determined whether a vaccination is really effective against the risk of infection Biontech know from February at the earliest.

Special rights for vaccinated people during the corona pandemic: GroKo is apparently considering its own law

Update from December 29th, 9:55 p.m .: It will be in Germany Disadvantages for people give that up do not vaccinate against the coronavirus to let? This politically explosive question is currently preoccupying the nation. Apparently they want Fractions of Angela Merkel’s GroKo now even give a legally binding answer. That reports the world.

So he explained Legal expert of the SPD parliamentary group, Johannes Fechner, the newspaper, his group is currently examining legal measures to exclude “unequal treatment of non-vaccinated and vaccinated by the private sector”. It is conceivable, for example, to stipulate in the civil code that no one would be disadvantaged because of a non-vaccination. Fechners too CSU official colleague Volker Ullrich spoke of a “loophole” that needs to be addressed.

However, this approach is not completely undisputed – at least among the opposition. If it turns out that vaccinated people are not contagious, then the state should “not restrict” the freedom of vaccinated people, said FDP parliamentary group manager Marco Buschmann the editorial network Germany. So far it is at least conceivable that a person who has been vaccinated may not fall ill if they come into contact with the pathogen, but can pass the virus on to others, as the Robert Koch Institute explains.

Update from December 28th, 9:30 p.m.: A message from Spain could turn the debate around special rights For Corona vaccinated fuel in Germany: There they want to keep a central register for vaccination refusers. The data should be stored in compliance with data protection regulations – but also be made available to EU partners, for example.

Meanwhile, there are debates in this country about the foreseeable shortage of at least in the medium term Vaccines: Has Germany bet on the wrong horse? The 300 million vaccine doses that the EU – and Germany proportionally – secured from the French company Sanofi-GSK are particularly criticized. Theirs Vaccine development is now delayed due to the lack of proof of effectiveness.

“The question to be directed to Mr. Spahn is: Why did he fail to get to the Vaccine manufacturer Biontech and Modern To order such large vaccination contingents that we can now make faster progress at the start of vaccination? ”, criticizes the health policy spokeswoman for FDP parliamentary group, Christine Aschenberg-Dugnus.

Meanwhile, the editor-in-chief of the also expressed doubts about permanent equal treatment of vaccinated and non-vaccinated people Munich Mercury *, Georg Anastasiadis, in a comment.

Immediately after the start of the vaccination: What rights will corona vaccinated people have and which not? Discussion burns up

First report from December 28th, 10.45 a.m.: Berlin – The Crown-Impfstart is done, then the next discussion pops up: Should vaccinated people special rights receive? In the spring, the company was still concerned with whether there should be a corona immunity card. The idea of ​​giving people more rights when they are already at Covid-19* were ill, was discarded. Not least because it was and is uncertain how long sick people are immune to the virus. The Federal Minister of Health positions himself whether people who have been vaccinated against corona are allowed to meet again in larger groups or are allowed to enter restaurants Jens Spahn (CDU) now clearly.

“Many are waiting in solidarity so that some can be vaccinated first. And those who have not yet been vaccinated expect the vaccinated to be patient in solidarity, ”he told the newspapers Funke media group. “Nobody should demand special rights until everyone has the chance to vaccination had. This mutual respect holds us together as a nation. “

Special rights for corona vaccinated people: Seehofer and Lauterbach, like Spahn, are against it

The Federal Minister of the Interior spoke on Sunday Horst Seehofer (CSU) against such privileges. He justified in the Picture on sunday his attitude so that a distinction between vaccinated and non-vaccinated one Compulsory vaccination equal. There shouldn’t be such a thing in Germany, as many politicians regularly emphasize. Further rejection comes from the SPD * health expert Karl Lauterbach. “Privileges for the vaccinated are neither controllable nor easy to justify,” he also told the Funke-Scroll. In addition, it has not yet been conclusively clarified whether vaccinated people can still infect other people with the coronavirus.

World Medical President Frank Ulrich Montgomery meanwhile does not rule out special rights for vaccinated people or disadvantages for non-vaccinated people, as he said on Deutschlandfunk. “At the moment, when you cannot offer the vaccination to everyone, such a procedure is out of the question.” But the discussion you can start right now. Later, when everyone has had the chance to get vaccinated and when more is known about whether they are really immune to it Corona variants and mutations * remains, “then one can come to conclusions in this debate.” That would not be a novelty for Montgomery either. As an example, he cites that some countries prohibit entry for people who have not been vaccinated against yellow fever. Or possible restrictive measures for children who are not vaccinated against measles.

Special rights for vaccinated people against Corona: Other countries are also discussing it

There are also discussions about special rights in other countries. Great Britain For example, there is a discussion about a so-called “Freedom Pass”, which should enable vaccinated people to live an everyday life without restrictions. But collections of signatures for petitions are already running against the project. The airline Qantas also debated whether corona vaccinations are mandatory for connections Australia should be.

Weekends were in Germany and the EU the vaccinations with the approved vaccine from Biontech and Pfizer started. In Bavaria there were occasional delays for the time being because problems arose in the cold chain. Vaccination teams set out across the country to initially vaccinate people over the age of 80 and those in need of care in homes. Nursing staff and hospital staff at particular risk are also involved in the first priority level primarily vaccinated. At first there were 150,000 vaccine doses available in Germany. By the end of the year it should be 1.3 million and by the end of March over ten million vaccine doses.

Almost a year after the outbreak of the corona pandemic in Germany, vaccinations against the virus have started nationwide. Vaccination is “the key to getting out of the pandemic,” said Health Minister @jensspahn (CDU). pic.twitter.com/58Hssb1Vy1

Spahn spoke of the start of the vaccinations Hope and confidence. “Vaccination is the key to get out of the pandemic,” he wrote on Twitter on Sunday. He spoke of one on Bavarian Radio “Giant step” in the fight against the coronavirus. (cibo) * Merkur.de is part of the Ippen-Digital network.