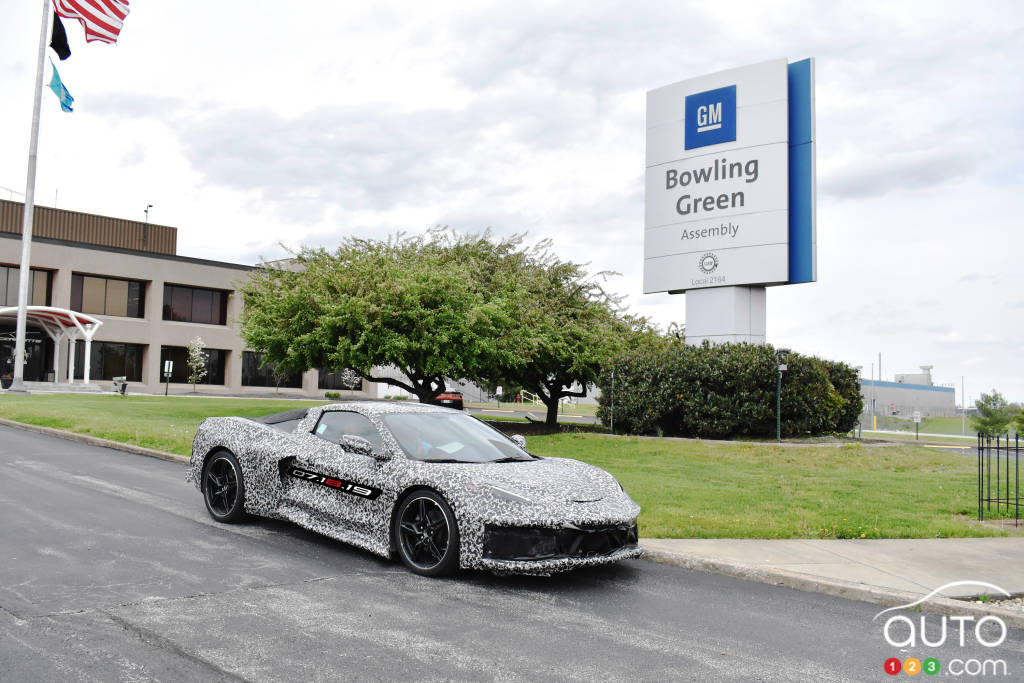 If you’ve turned on your TV or checked the net in the past few days, you’ve seen the devastating images of the tornadoes that hit six states in the Midwestern and Southern United States over the weekend. The worst hit Kentucky with unprecedented force. This is a very rare phenomenon at this time of year.

State Governor Andy Beshear said it was “the most severe and devastating tornado in Kentucky history.” The storms also made their presence felt at the GM assembly plant in Bowling Green, Kentucky. This is where the Chevrolet Corvette is made. The museum dedicated to him also suffered damage.

A fire even broke out at the factory and fortunately there were no casualties. However, the damage is significant enough to force Chevrolet to halt production of its car this week.

The GM Authority website reports that the UAW Local 2164 shop chairman sent a note to employees telling them that a team was assessing the damage. GM told Automotive News that a workers’ entrance and the roof were hit. What is incredible is that it is another tile that falls on this factory, forced to experience a new interruption. It will be remembered that the first moments of the new generation of the Corvette C8 had been marked by production delays. The microchip crisis has also added its grain of salt. In short, the plant has no respite. This time, nature is to blame.

Shopicar.com, 100% online, shop for your car, buy online and we deliver to you in Quebec!

As for the museum, we will remember the collapse of part of the floor a few years ago, an event which had led to the destruction of some cars. This time, part of the roof of a large garage was ripped off. The town of Bowling Green fared less well; reconstruction will be more painful there.

And, obviously, beyond all that, there is the human drama that was played out with this completely crazy weather. The Corvette will recover relatively easily; the same cannot be said for the families affected by the tragedy.