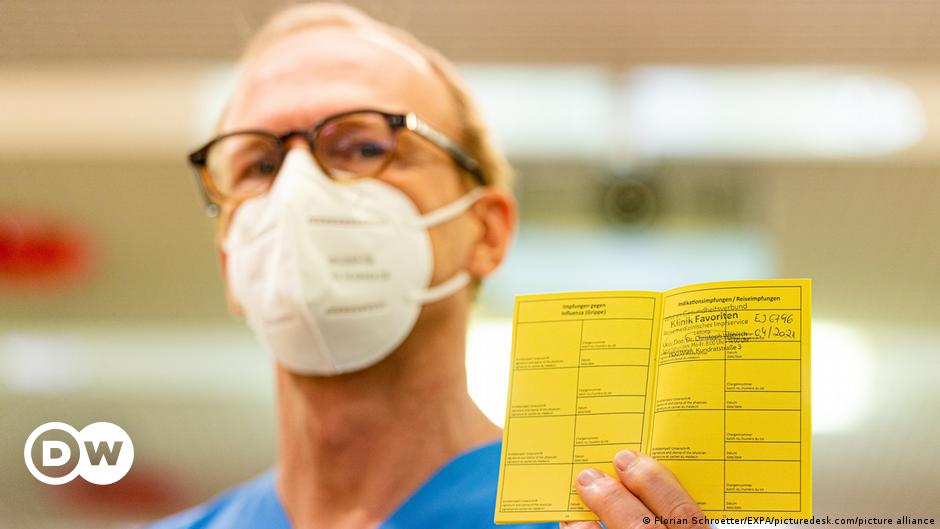 The European Union (EU) has just started distributing and putting the first vaccines against COVID-19, but prominent health workers and politicians have already warned about the moral and social implications that accompany this long-awaited moment.

Frank Ulrich Montgomery, president of the World Medical Association, and Thomas Mertens, virologist and head of Germany’s Standing Commission on Immunization (STIKO), have suggested that those who have already been immunized against COVID-19 could one day use a vaccine “passport” to gain access to flights, restaurants, concerts and cinemas.

Montgomery told the public radio station Deutschlandfunk that it was too early to discuss this idea until the vaccine is available to everyone, but that he would not rule it out in principle.

Many Germans already have an “immunization passport,” which records all vaccinations they have received. In addition, Germany has just passed a law requiring all children to be vaccinated against measles before they can go to kindergarten or school. Since school attendance is compulsory in Germany, this means that there is a de facto obligation to get vaccinated against measles.

An exclusive decision of the entrepreneurs

But STIKO President Mertens went further, telling Die Welt newspaper that he could envision a future in which companies would require proof of immunity to the novel coronavirus before accepting clients.

“These are private deals that are made by the restaurant owner, the airline or the concert organizer,” he said. “I think something like this is possible. But I am not a lawyer and in the end they will be the ones to decide ”.

The German Government has on several occasions ruled out the obligation to vaccinate against COVID-19 and, perhaps keeping in mind the occasional noise of the anti-vaccine movement, the Executive has reiterated that the idea of ​​giving privileges to those vaccinated is not on the table.

“Politically I have a very clear position in this regard,” German Interior Minister Horst Seehofer told the Bild am Sonntag newspaper. “As important as vaccination is to us, there will be no special treatment for those vaccinated. Distinguishing between vaccinated and unvaccinated would be the same as making the vaccine mandatory.

But while he didn’t say so explicitly, Seehofer admitted in practice that they have a very small leeway to prevent companies from implementing their own policies. “I can only warn against it,” he said. “Special treatment for the vaccinated would divide society.”

Other countries face a similar debate. The UK, which started vaccinating the elderly and health workers in mid-December, has also ruled out distributing immunity passports.

However, there is confusion about this, as the new minister responsible for vaccinations, Nadhim Zahawi, has suggested that bars and sports clubs could deny entry to those who refuse to be vaccinated using tracking technology.

On the other hand, it seems likely that some type of vaccination certification system will eventually be introduced in international air traffic. On December 16, the International Air Transport Association introduced its Travel Pass app, which according to a statement, “would help travelers easily and securely manage their trip in accordance with any government requirements for information on COVID tests or vaccines. -19 “.

In the United States, the tech giant IBM has created a digital health passport that could exclude the unvaccinated from certain businesses. Although this is not how they present it, of course.

The passport “is designed to allow organizations to verify the health credentials of employees, clients and visitors who access their properties in accordance with the criteria established by the organization.”

But what if these plans were offering a false sense of security? In Germany, Karl Lauterbach, a social democratic politician and epidemiologist, has also spoken out against giving special rights to those vaccinated. For reasons as moral as scientific. “It cannot be ruled out that those vaccinated can infect others,” he told the Funke group this week.