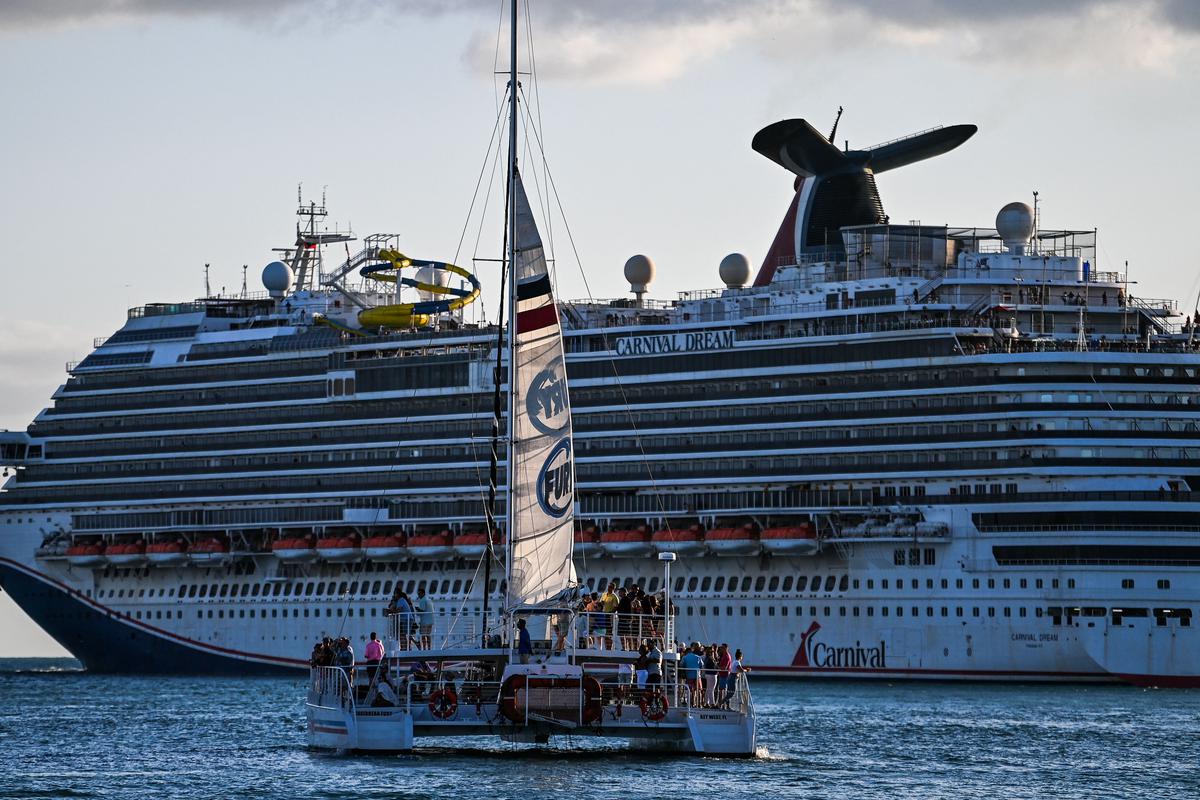 These huge ships bring thousands of tourists to this small town of 26,000 people every day.

Many local businesses depend on their presence, but many residents also say they are fed up with these arrivals, such as Arlo Haskell, co-founder of the Safer Cleaner Ships association. “These cruise ships are an extractive industry, profiting from the beauty of Key West while undermining that beauty and ruining everyone’s experience,” he said.

In 2020, his association pushed for three local referendums: one to limit the size of boats, another so that they could not disembark more than 1,500 people per day, and a final one to give preference to more respectful vessels. of the environment.

The three proposals were approved by 60 to 80% of voters and ratified by the town hall, a victory for Arlo Haskell. Or so he thought. In June 2021, Republican Florida Governor Ron DeSantis signed legislation suspending the measure. The text asserted that voters could not interfere in matters of maritime commerce.

Shortly before, the Miami Herald newspaper reported, companies belonging to the owner of Pier B in Key West (one of the main beneficiaries of the arrival of cruises) had donated nearly a million dollars to the Friends of Ron DeSantis, a group created to raise funds for the governor, whose name is circulating for the 2024 presidential election.

Safer Cleaner Ships has therefore taken up the fight again, relying on unexpected data. During the pandemic, the suspension of cruises did not in fact plunge local finances. On the contrary, in 2021, the city obtained 25% more sales taxes than in 2019.

Hotels and restaurants seem to have benefited from the fact that Florida promoted the opening of businesses in the midst of Covid-19, when other states in the country imposed severe restrictions.

The association of Arlo Haskell then tried to mobilize the population so that the town hall acts. Because the number of cruise ships cannot be limited, the city government last month approved the closure of two public docks in Key West to such ships.

Now these vessels can only dock at the city’s only private pier, Pier B, which receives one cruise ship per day. Gone are the days when two or three of these boats arrived daily.

Good news for many, but a blow for some businesses. Because while cruise tourists only spend a few hours in the city, and generally eat on board their boat, they are a source of income for souvenir shops, ice cream parlors and places like the Ernest Hemingway Museum, located in the house of the American writer who lived there between 1931 and 1939, explains the mayor, Teri Johnston.

On this weekday morning, the streets of the city are almost empty. Vanessa Wilder waits for passengers from a recently arrived boat to rent bikes. “We pull a lot from these ships,” says the 25-year-old. “If we didn’t have them, a lot of businesses here would have to close. »

Arlo Haskell welcomes the latest measure from the town hall, but insists that ships arriving at the private wharf should not exceed the size desired by the inhabitants. These boats “cause great damage to our ecosystem,” he says.

Scott Atwell, a spokesman for the US National Oceanic and Atmospheric Agency in Key West, tempers. “We don’t have specific studies (establishing) that turbidity from cruise ships is different from natural turbidity” or saying it “reaches our coral reefs in damaging ways,” he says.

The town hall has nevertheless decided to monitor the quality of the water. “We don’t want to get rid of the cruise ships,” concludes the mayor. “We want to bring them to a happy medium so that we have good economic conditions but also a good quality of life for our population. »