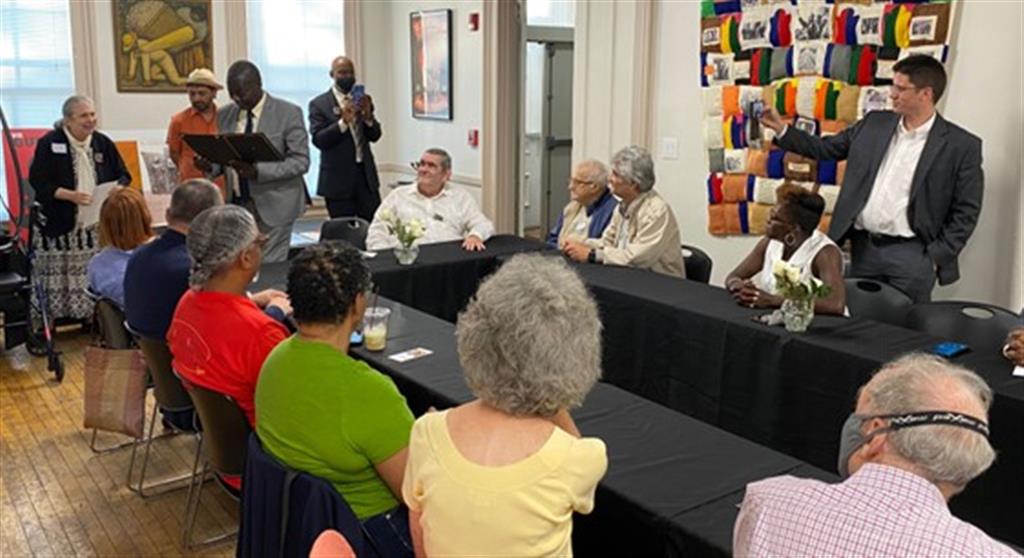 They then headed for Willimantic/Wyndham, the county seat of Wyndham County, an old city and township in the state of Connecticut.

The town is currently organized as one of two taxing districts within the joint city of Willimantic/Windham. Known as “Thread City” for the American Thread Company’s spinning mills along the Willimantic River, using the power of water 200 years ago, it was a center of the textile industry in the 19th century.

Originally registered as a city in 1893, it entered a period of decline after World War II, culminating in the closure of factories and the absorption of the city as a single entity alongside the City of Windham in the 1980s.

The city had a big problem with drug use, mainly heroin, present since the 1960s, which became a major public health problem in the early 2000s, decreased somewhat in the 2010s, and who has now transitioned to opioid use.

Willimantic is a rail hub of some importance, never having passed an interstate highway within 10 miles, even though there have always been plans to connect it with modern highways.

It was populated by a number of ethnic groups who migrated to the city to find work in the factories, originally Western European immigrants and French Canadians, later Eastern Europeans and Puerto Ricans.

Architecturally, it is known for its collection of Victorian-era houses and other buildings on the hill section, the Romanesque Revival town hall, and two crossings of the Willimantic River: a pedestrian bridge and the well-known and original Bridge of Frogs.

It is home to Eastern Connecticut State University and the Windham Museum of History and Textiles. In 2020, Willimantic had a population of 18,149 in the urban area and about 12,000 more in rural areas.

In the meeting with the Cuban delegation were the state representative Susan Johnson, always fighting for the good and progress in many fields; Emmanuel Pérez, councilman from Willimantic, and Professor Roberto Pérez, eminent Puerto Rican academic and author.

All of them defenders of Cuba and its people, who together with the outstanding progressive fighter James Flores, organized the meeting with the Cuban diplomats.

Our brothers were waiting for us in the city in the fight against the economic, commercial and financial blockade imposed by the United States on the island.

Present were members of the organizations Willimantic Rainbow Connectionm, which strongly supports the LGTBQ community; Linda Blakesley co-director of Power UP-Coventry; the Vice President of the Diaspora of the Independence Party in Connecticut, Professor Ramon Espinoza, and the distinguished Professor of Anthropology Ricardo Pérez, from Eastern Connecticut State University.

Also, two members of NEMO–NoEmbargoCuba who reside in the city and many other political and social personalities. Not only men and women of Hispanic origin, but also an outstanding participation of Anglo-Saxons, other people of European origin, descendants of immigrants from the Middle East and Afro-Americans who support progressive causes and Cuba. 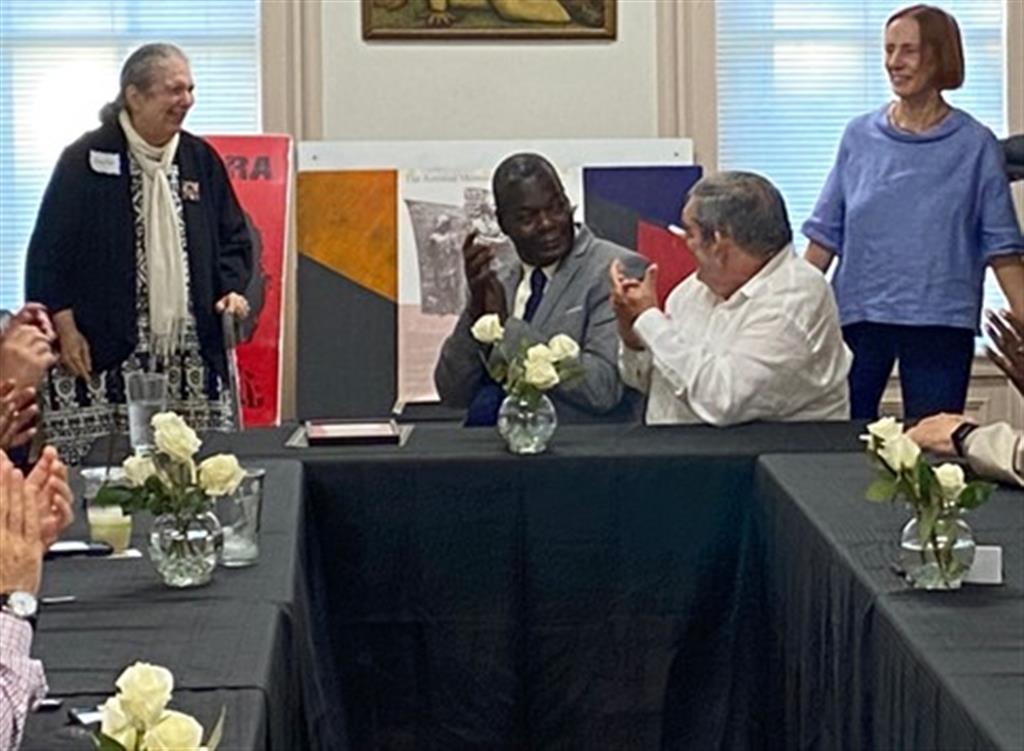 The councilman of the city of Willimantic/Windham, Emmanuel Pérez, born in Puerto Rico, considers that the conditions must be created so that this and other American cities make their voices heard through Resolutions that demand the end of the siege of Cuba,

“The main human right is the right to life, Cuba is an example of it. We thank the Cuban diplomats for visiting us and exposing the truth. It is amazing what has been achieved on that sister island in the fight against Covid-19 despite all the obstacles, including those of an extranational nature, that the blockade generates,” he said.

Likewise, he specified that they are promoting a Resolution of the City Council that denounces and demands the end of this crime against the brother Cuban people, and supports other initiatives to make Willimantic a twin city with a Cuban city, organize trips to the Caribbean nation , among other initiatives.

The vote in the city council of the Resolution against the blockade against Cuba will take place on September 20.

The prominent activist Carmen Montalvo commented that “the just causes in any latitude or sector of the population are intrinsically linked, for example, the fight against the blockade cannot be separated from the struggles for women’s equality, or from racism or of freedom of sexual preference. 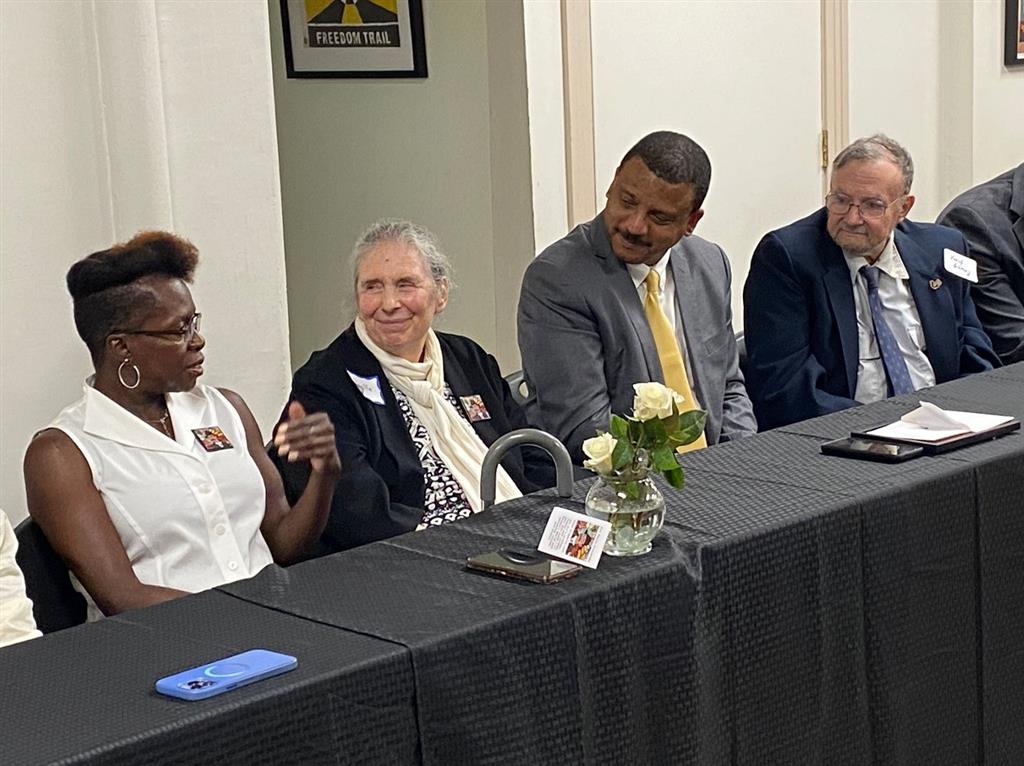 The representative of the state of Connecticut for Willimantic/Wyndham, Susan Johnson, considered that “this visit of the Cuban delegation to this and other cities in Connecticut is of great value to bring down the anti-Cuban slanders that the enemies of progress spread without the slightest the scruples and the constant demonization of the Cuban government in its struggle to lead society along the paths of progress.

Félix Sharpe-Caballero, a professional born in Cuba with a distinguished career as a public administrator, was also present during the meeting. The eminent Puerto Rican social activist James Flores, with decades of struggle for progress, leader of Black Lives Matter, great friend of Cuba and James Flores, main organizer, soul of the visit to Willimantic.

Sharpe, who is a prominent anti-blockade leader who traveled from the state of Michigan, said that “this type of contact with the American people destroys, in a few days, what the enemy has manufactured for decades and at a cost of many millions of dollars. ».

I anticipate that they will go planned to those states of the United States where anti-blockade work can be carried out and the truth about Cuba can be spread to the four winds.

Meanwhile, prominent progressive leader James Flores, a victim of the most blatant political lawfare (judicial persecution), affirmed that “Puerto Rican brothers and sisters from other Latin American countries are the ones who most decisively support the cause of Cuba, in the fight against the cruel blockade that It mainly affects the people, it makes the poor even poorer, and it reflects very negatively on the entire Patria Grande”.

Despite being a small town, the Willimantic media covered the visit very well, with the local newspaper The Chronicle reporting the story, as well as radio station WILI-AM and FM. State distribution media, both in Spanish and English, also reported the presence of the Cuban delegation.

INTENSE ACTIVITY IN THE CITY OF NEW HAVEN

A great reception was received by the Cuban diplomats in the city of New Haven, where there was an excellent debate, great solidarity and a movement was announced to immediately remove Cuba from the list of countries that promote terrorism

The meeting room of the municipal public library was the venue for this important meeting, in which the Cuban ambassadors Pedroso and Gala gave a detailed explanation to the public gathered in the room.

New Haven, with a metropolitan area of ​​more than 850,000 inhabitants, is a resounding center of higher education, with several universities, including the well-known Yale (represented in the quote), formidable museums, great theatrical and artistic activity, among which It is worth mentioning the International Festival of Art and Ideas, whose executive director Shelley Quiala shared extensively with the visiting delegation.

During the stay of the Cuban representation, a magnificent farewell was held at the tremendously historic People’s Center, where under the auspices of the Soul de Cuba restaurant and its owner, the outstanding fighter for the cause of Cuba Jesús Puerto, a farewell.

The building, at 37 Howe Street in the city of New Haven, was the center of the clandestine transfer of slaves to freedom (the so-called “underground train”) in the 19th century, which for many decades was the headquarters of the Communist Party of the United States in the state and today is home to that and several other progressive organizations.

Joelle Fishman, chairwoman of the Communist Party USA in Connecticut, presented a collection of photos of Commander in Chief Fidel Castro during her visit to New Haven on April 25, 1959.

During this activity, many participants spoke in support of Cuba. Among them were great friends of the island such as Millie Grenough, a great activist for peace and one of the people who obtained the approval of the Resolution against the blockade of the city of New Haven and Henry Lowendorf, outstanding leader of the progressive movements, Enter other people from the center of the left and peace movement in the region.

The visit was a total success, solidarity with Cuba has been extraordinarily strengthened in that original state of the 13 colonies, of great history and anti-fascist consciousness. Considerable repercussion in the internet media, flat press, radio and television.

Now great challenges lie ahead, the high-level segment at the UN, the United Nations resolution against the blockade and, above all, the constant struggle to remove Cuba from the immoral list of countries that promote terrorism to which it should never have belonged. and naturally, by the weakening and subsequent end of the unilateral siege.

In the very near future, there will be another Resolution coming out of the City of Willimantic, and then other cities like Middletown and Hamden.

We cannot get tired of this relentless struggle of which the future of Cuba and its independence is the goal. As Ambassador Pedroso said, what we want between Cuba and the United States. are relationships based on “respect, respect, respect”