Vadim Knyrko recalls the hockey player who impressed him the most in the form of “bison”. And he hopes that he will still reach the stars.

Still, the 2020 NHL final is the first in a long time when I was rooting for one of the clubs. It’s about Dallas. And all because of only one person in the “stars”.

Joe Paulski – a cool guy and a cool hockey player. He and his teams have more than once wandered somewhere near the main hockey title, but they could not reach it. I got close to Dallas and failed again.

This, of course, upset. But the fan love for Pavelski has not gone anywhere. And this love lives on since the days when Joe played for Dynamo Minsk. The American spent only three months with the “bison”, during which he managed to prove that he is the best legionnaire in the history of the club.

The 2012/13 KHL season was a bit strange, but interesting. The NHL saw its second lockout in ten years, with many players seeking employment in Europe. Many fans of the Minsk Dynamo expected to see the main Belarusian stars – Kostitsyn and Grabowski – at the Minsk-Arena. But they preferred more monetary options in Omsk and CSKA.

Nevertheless, the management of the “bison” in the person of Alexey Torbin and Igor Matushkin did their best to bring good craftsmen to the capital of Belarus for three allowed NHL quotas.

At the time of the lockout, Dynamo signed:

– One of the best goalkeepers in the NHL – Finn Pekku Rinne from Nashville;

The trinity played in different ways. Rinne constantly got a place at the base, despite the wild failures after adventurous trips outside the gate – the Finn simply could not rebuild to a wide area. Or decided that the KHL is a place for goalkeeper experiments.

Kane practically did not get out of the fourth link. Evander scored 2 (1 + 1) points in 12 matches and left Minsk before anyone else, and then disgraced himself by posting a photo on a skyscraper on social networks with a bundle of dollars attached to his ear like a phone.

Pavelski is a completely different story. Firstly, the American could not be in Minsk at all – they were following him in Avangard too. But after talking with friends and especially with the then “bison” Tim Stapleton Joe chose Minsk. Secondly, Joe arrived in Minsk later than his colleagues and took a long time to get in shape. He found the first effective point only in the fourth game (with Barys), and later a leg injury was added to the lack of statistics, due to which the forward missed three weeks.

But the simple Pavelski only benefited. Since November 23, Joe has had an incredibly productive segment – ten matches with scored points, seven goals, seven assists.

See Also:  Thousands of people line up at Arizona Theater for Tru

Pavelski seemed to be doing simple and understandable things on the ice, but his sense of the court and scoring instinct worked in full force. Joe proved to be an excellent playmaker, but he not only created chances for Zbynek Irgl and Temu Laine (with the Czech and Finn, the American felt incredible chemistry), but he also decided for himself. At the same time, it seemed that the American was rolling somewhere in second gear – this is the maximum.

Enkhael’s tale in the KHL ended right before Christmas. The lockout hockey players left Minsk on October 23 and soon the NHL announced the possible start of a shortened season. Dynamo fans believed that this news could be a duck, and Joe and Pekka would still return to Belarus. But still, the NHL agreed.

I have a personal story related to Pavelski. That year I was just starting my job as a journalist, and the lockout season was the first for me in a new status. Before that, I attended the matches of Minsk “Dynamo” as a fan, and now there was some new “wow-effect”.

In November, I received an editorial assignment from Goals.by (the future Tribune) to do an exclusive interview with Joe. Of course, it was shocking – in the tenth month of work it was difficult to take such an interlocutor and not screw up. The head of the Dynamo PR-service Ivan Karaichev organized a 20-minute conversation after the training session, and at the end of the interview it turned out to be very, very mediocre. Joe talked about the best ice hockey players in the world, Belarusian food, the movember, the shot deer and (oh my God!) Belarusian citizenship. In general, talking about everything and nothing – you can read here.

See Also:  [Scoop]Homeland Security Secretary Mallorcus's voice leaked and criticized / "The border cannot be maintained. It is not designed to handle such an influx of immigrants. The border guard is on the verge of" breaking ". We'll lose "voice leaked / Arizona Governor criticizes Resignation | Total News World

I came for an interview with Lesha Kovalev (then he was a simple translator, and after that he got into the press service of Dynamo, now he works for Sochi). Joe came out to our corridor near the service entrance of the Minsk-Arena at the designated time, a piece of ice was strapped to his leg. Everything is fine, but the hockey player’s outfit was embarrassing – Pavelski was in a T-shirt and shorts. And in that very corridor there was an incredible November draft – as if we were sitting in an open field. Leha and I were in winter down jackets and invited the star interlocutor to go dress warmly, but Joe said that he would endure everything. And he endured: 20 minutes in a draft, not the most interesting questions and a constantly peeping and eavesdropping guard near the metal detector frame.

Probably, this is where the real stardom is hidden. By the way, Pavs still remembers the Belarusian stage with warm feelings. 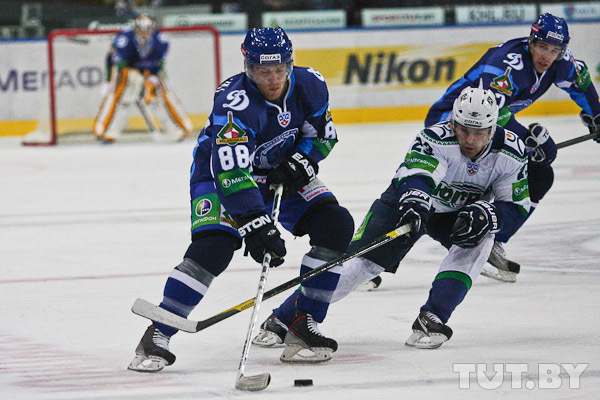 A new season will begin in the NHL soon. Pavelski is 36 now and will play for Dallas again. And so I want him to reach for the stars.