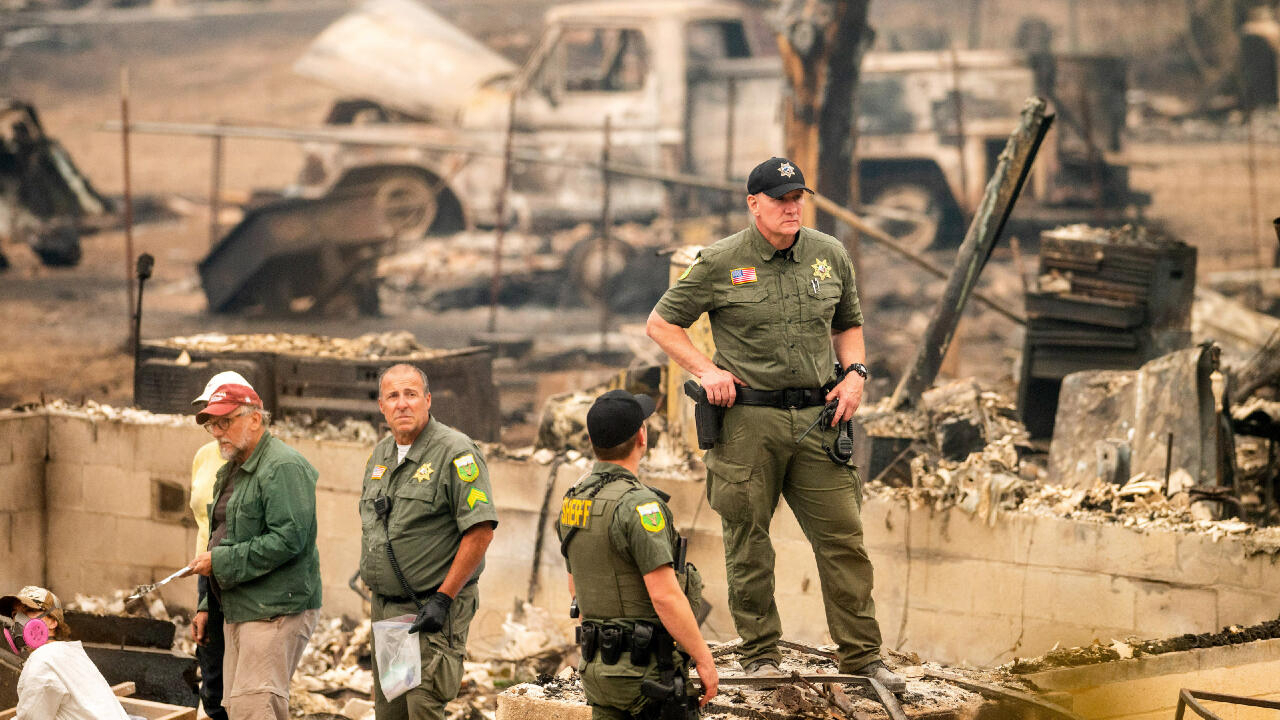 The McKinney wildfire that started in Northern California late last week has left two more dead on Tuesday, bringing the fatalities to four in the state’s largest fire so far in 2022 that has been fueled by winds. over 80 kilometers per hour.

Since the fires began in California, United States, four days ago, at least four people have lost their lives.

Two more bodies were found inside the burned area. Search teams discovered them Monday, Aug. 1, at separate residences along State Route 96, one of the only roads in and out of the remote region near the Oregon state line, the County Sheriff’s Office said. of Siskiyou in a statement.

Two bodies were also found Sunday inside a charred vehicle in the driveway of a home near the small, unincorporated community of Klamath River, which suffered extensive damage in the McKinney Fire that this weekend was fanned by winds gusting to 80 degrees. kilometers per hour.

The fire in the Klamath National Forest is still burning and is the largest wildfire in California so far this year. It has already devastated some 22,000 hectares of forest, near the border with the state of Oregon.

“It’s really tragic when fire picks up and moves so fast and basically wipes out a community. And that’s what happened in the Klamath River area,” Mike Lindbery, spokesman for the fire’s incident management team, said Tuesday.

More than 100 houses and other buildings have burned in this fire since it broke out last Friday. Although the rain mitigated the spread of the fire, the fire remained out of control, authorities said.

The Northern California wildfire has burned nearly 90 square miles and is the largest of several wildfires in the Klamath National Forest.

The Government of California reported through its Twitter account that 642 firefighters and 160 vehicles have been deployed to deal with the flames of the McKinney fire in Siskiyou County.

Other sources of flames that remain uncontrolled

A minor fire near the small community of Happy Camp forced evacuations and road closures. Other fires are raging across the western United States, threatening thousands of homes.

In northwestern Montana, a fire that started Friday near the town of Elmo on the Flathead Indian Reservation has burned some structures, but authorities said they didn’t immediately know if there were any homes.

The fire spread across 66 square kilometers on Tuesday, with 10% containment, fire officials announced. Some residents were forced to flee Monday due to gusty afternoon winds.

Another source of flames is in Idaho where more than 220 square kilometers have burned in the Salmon-Challis National Forest, while threatening homes, mining and fishing operations near the city of Salmon. 23% of the flames were contained this Tuesday, according to the National Center for Inter-institutional Coordination.

And a wildfire in northwestern Nebraska prompted evacuations and destroyed several homes near the small town of Gering. The Carter Canyon Fire started Saturday as two separate fires that merged. It was more than 30% contained by this Tuesday.

So far this year, California firefighters have responded to 4,927 fires that have burned through nearly 150,000 acres of forest and grassland.

NIFC added that since January there have been 39,337 forest fires in the United States that have destroyed 2.32 million hectares. Lightning started 3,540 of those fires, and another 37,797 fires have been caused by people.

Scientists have said climate change has made the West hotter and drier over the past three decades and will continue to make weather more extreme and wildfires more frequent and destructive.

With EFE and AP