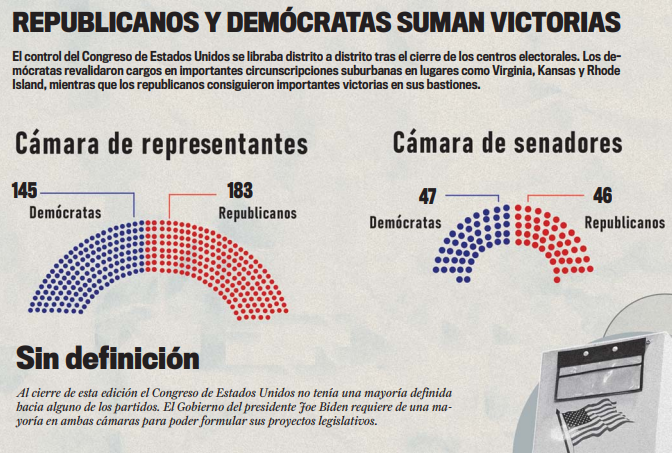 More than 130 candidates who denied or questioned the results of the 2020 presidential election were elected to a seat in the United States Congress or a position in local governments.

Florida and Texas are among the states that chose the most denialist politicians in these electionsaccording to an analysis by The Washington Post.

The re-elected governors of these two states, Ron DeSantis and Greg Abbott have also embraced the ideas of fake voter fraud..

Abbott supported a lawsuit, filed by Texas Attorney General Ken Paxton, that sought to overturn the results of the 2020 elections in four states across the country.

DeSantis has campaigned in his state against “electoral crimes” ahead of the elections, which led to the arrest of 20 people for allegedly voting illegally in these elections.

There is also Kay Ivey, re-elected for a second term as governor of Alabama, who went so far as to say in a campaign advertisement that “tech companies and liberals in Democrat states stole the election from Trump“and promised that in his state “That will not happen”.

The three governors are part of some 300 Republican candidates spread across the country who supported the theory, promoted by former President Donald Trump.that the 2020 elections were fraudulent or that they questioned the results of those elections, according to data from the Brookings think tank.