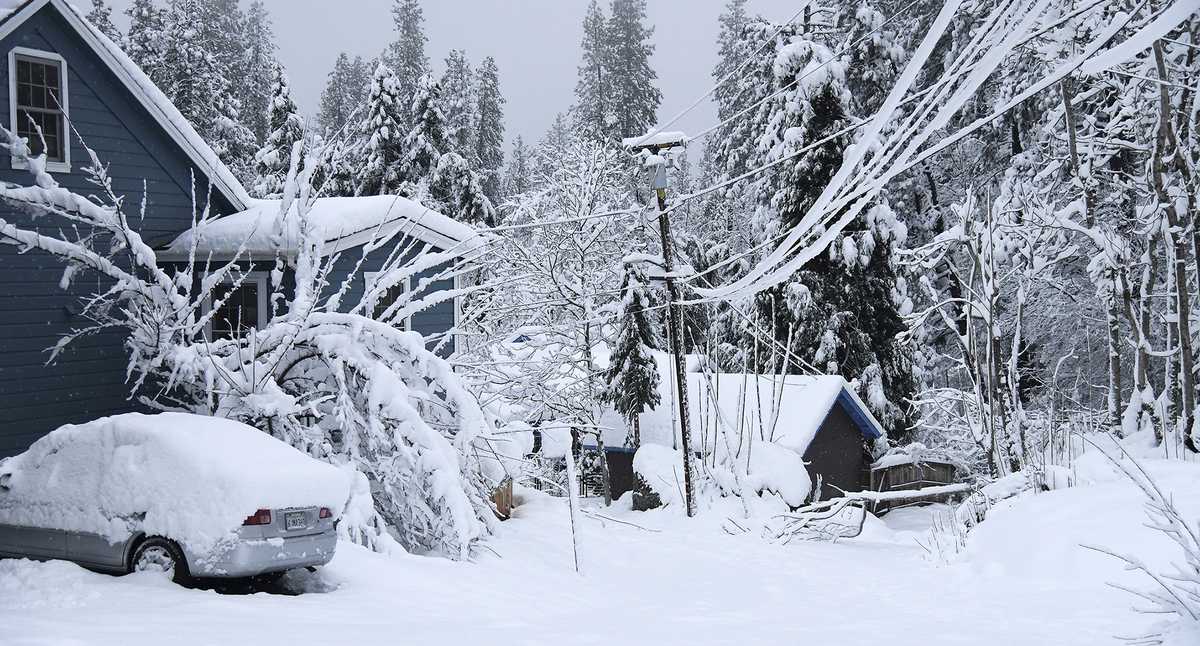 Historically states like California in the United States They often experience difficulties year after year due to severe droughts, which lead to monumental forest fires and energy difficulties.. This situation was set aside due to the storms that have hit the country in recent weeks.

This area of ​​the country could face complex scenarios such as torrential rains, landslides, and uncontrollable mudflows, all starting in 2023. This after climate monitoring experts stipulate that from this Wednesday the arrival of a last series of storms could be felt, which are expected to culminate on Thursday.

These cold snaps are forecast to hit northern California and the San Francisco Bay area with greater force, due to the “cyclone bomb” that is located in the Pacific, according to reports CNN.

The truth is that at first these weather conditions benefited the drought situation in California, howeverwith the exponential increase in rainfall, they have reached alert levels for emergency control and prevention agencies.

“This will really help a lot with the short term Northern California drought, perhaps even to erase those drought conditions in the short term, but it will take much more to fully overcome the impacts of drought long-term and multi-year,” Daniel Swain, a climate scientist at the University of California, told CNN.

As reported by the National Weather Service, the storm that could arrive in the next few hours is capable of causing flooding, road collapse, hillside collapse, fallen trees, and major power outages.

These types of conditions generate a risk of causing human losses, as has happened in recent weeks in the United States.

The death toll from the historic winter superstorm that affected much of the United States in the vicinity of Christmas rose to 61. according to the latest report, when registering two deaths in the east of the country, according to the authorities.

Both deaths occurred in Erie County, in the state of New York, where the city of Buffalo, the epicenter of the storm, is located. At least 39 people have died there and the death toll is likely to continue to climb higher, county head Mark Poloncarz said at a news conference.

Among them, four were found inside their cars, 11 in houses and 17 outdoors, he detailed. With warmer temperatures, authorities feared that a rapid thaw could cause flooding.

“Fortunately, it appears that flooding will be minimal. There are possibilities of flooding, but it seems that they will not be serious”, said Poloncarz.

Ultimately, power was restored to all homes in the county, he added. The Buffalo area, although accustomed to harsh northern winters, was hit hard by the storm.. There was heavy snowfall, icy wind and a sudden drop in temperatures.

Atmospheric monster! (Bomb Cyclone) has rapidly strengthened off the coast of the West of the USA, the accompanying Atmospheric River will bring heavy rains and gusts of winds in California, affected by flooding in recent days. pic.twitter.com/7IzEujr17p

Bad weather wreaked havoc, to the point that in many cases the rescue teams themselves were stranded on the ground.

Local authorities must now respond to critics, who question their handling of the crisis.

The cold was felt to a greater or lesser extent in much of the country, as far as Texas (south) and Florida (southeast)., states unaccustomed to such climatic conditions. The storm also caused serious disruption at airports, with thousands of flights cancelled.

*With information from AFP.