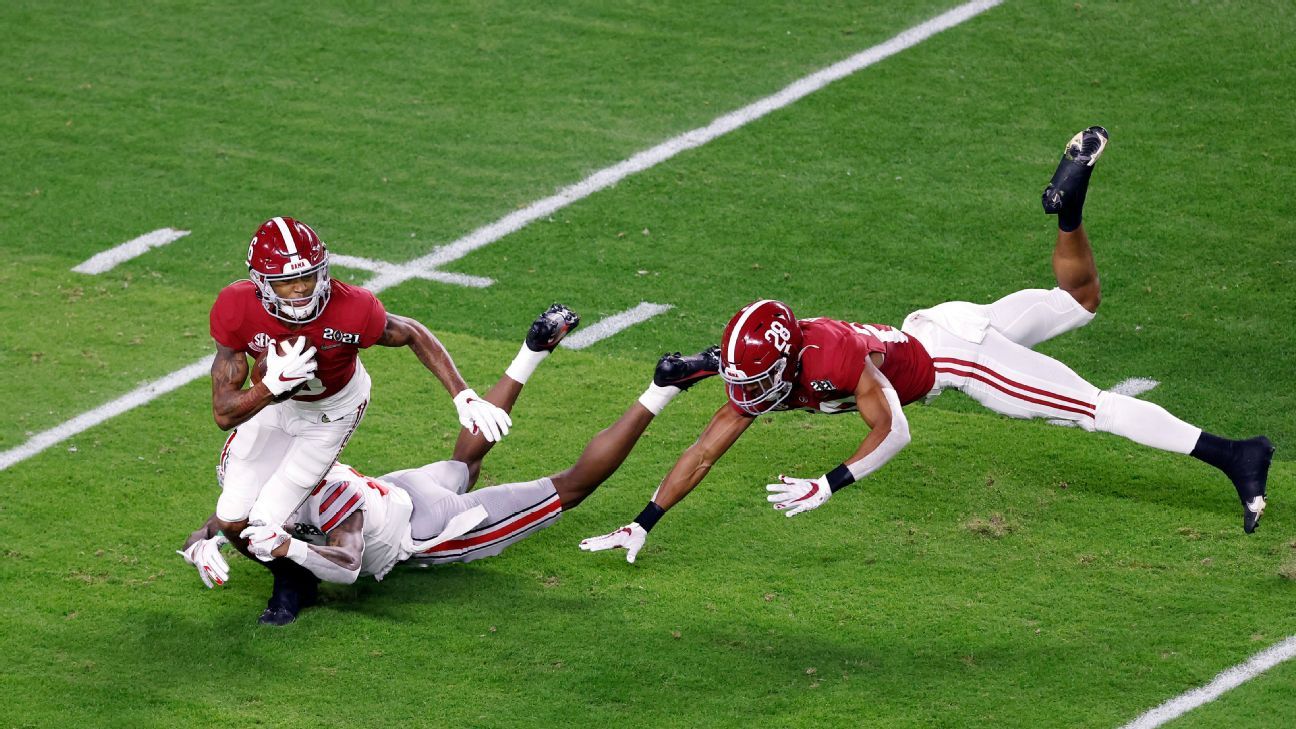 MIAMI GARDENS – The wide receiver of Alabama, DeVonta Smith, set the mark of the Conferencia SEC for receiving yards in a run with his first catch of the night versus Ohio State at National Championship Game, this Monday night.

The winner of the Trofeo Heisman had a reception for 15 yards on the opening drive, putting him ahead of Jordan Matthews, who set the previous mark of 3,759 yards playing for Vanderbilt from 2010 to 2013.

Smith also set the mark for the most touchdowns per reception in a campaign in the history of the SEC. He caught his 21st touchdown pass of the season on a 5-yard touchdown reception in the second quarter.

That broke a tie he had with wide receiver J’Marr Chase of LSU, who set the record last season.

Later in the second period, he caught his second and third touchdown passes of the game.

Smith He also broke the receiving yards mark in a SEC, who was also in possession of Chase. I enter 140 yards on Chase-brand receptions versus Ohio State, and added 215 in 12 receptions just in the first half.

In the third period, Smith He was taken to the medical tent for examination after an apparent injury to the index finger of his right hand while attempting to perform a third period reception.

Smith he was not the only player of Alabama who left the meeting with a new brand of the SEC. The corridor Najee Harris, who finished fifth in the vote for the Heisman, scored his 29th touchdown of the season, to set the all-time mark for total touchdowns in the Conference.