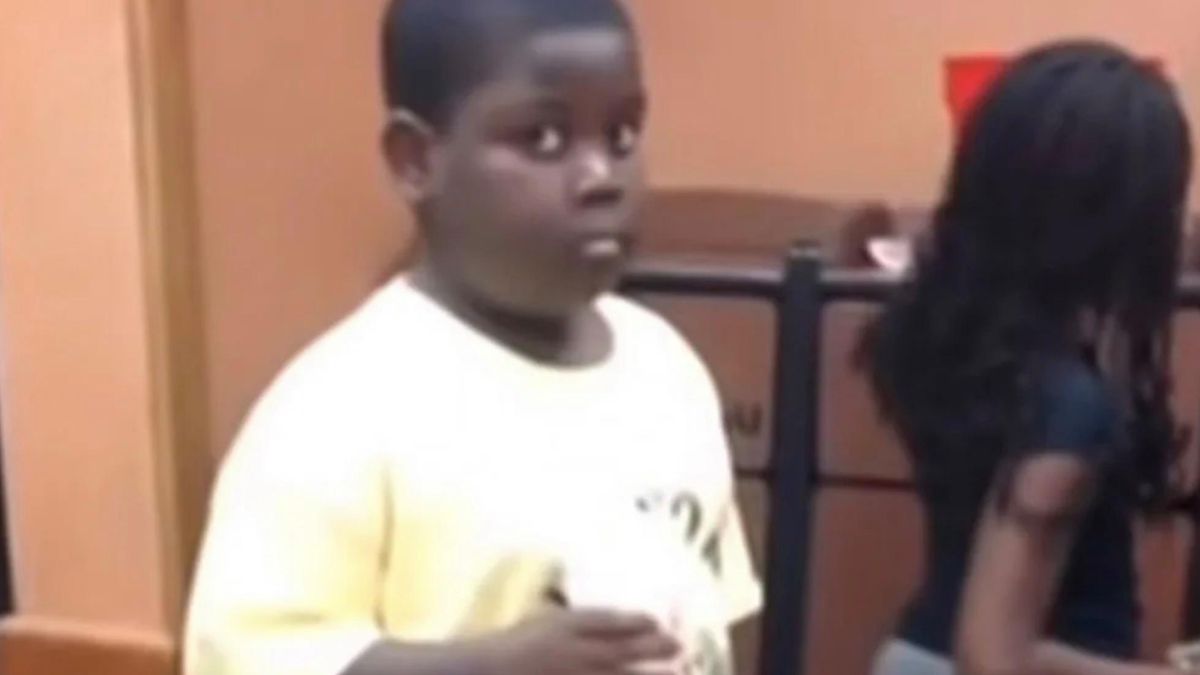 Dieunerst Collin (18): That look made him world famous – meme boy is now a football player

Thanks to a viral video, Dieunerst Collin (18) involuntarily became world famous in 2013. Today he’s a football player and, thanks to his celebrity, bagged his first promotional deal.

That’s what it’s about

At the age of nine, Dieunerst Collin involuntarily became world famous in 2013. A viral video showed the boy looking irritably into a cell phone camera at a branch of the fast food chain Popeyes. The clip was clicked millions of times on various platforms on the Internet and Collin became a meme star.

He is now 18 years old, 186 centimeters tall and weighs around 150 kilograms. Since the fall, Collin has been playing as an offensive lineman on the football team at Lake Erie College in Ohio. The Internet community recently found this out when they rediscovered the former meme star – and immediately made a demand. Popeyes should equip the “Popeyes meme kid” with an advertising deal.

And the Louisiana restaurant chain actually seems to be taking on the idea. “Let’s get this bread,” Popeyes replied a little later to a Twitter post about Collin’s crazy story – translated “Let’s make money”.

The 18-year-old seems to have his first sponsorship contract in the bag soon. On the other hand, it is unclear whether Collin will also have a great sporting career. The road from second-rate college to the NFL is extremely difficult. It doesn’t seem to be a problem for the internet star if it doesn’t work out with a professional career. His career aspiration: Sports Analyst.

Receive daily breaking news from the world of sports. Whether interviews, portraits, game reports or analyses: our reporters will inform you directly in your mailbox.