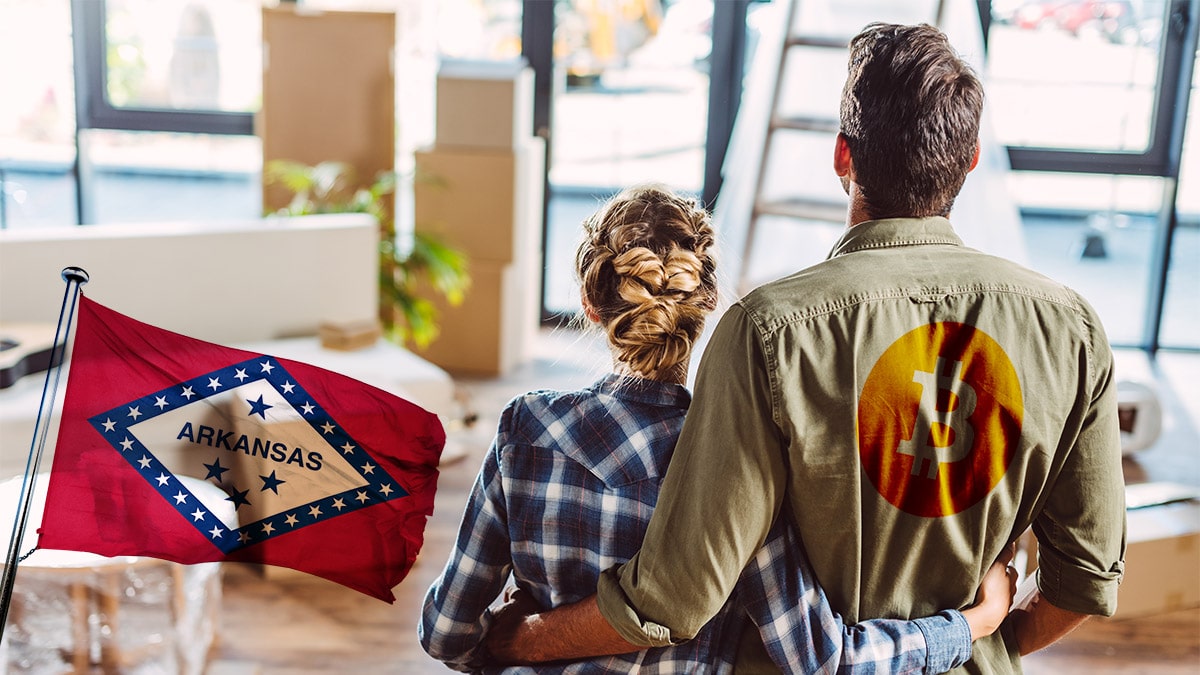 The state of Arkansas, located in the southern United States, is offering USD 10,000 in bitcoin (BTC) to technology professionals and entrepreneurs to make a living in its territory. The initiative is part of the project Life Works Heresponsored by the NWA Council (Northwest Arkansas Council) and the Walton Family Foundation.

The website of the NWA Council mentions that the region has been experiencing notable growth in technology, especially in terms of Bitcoin and blockchain. From there stems his priority interest in professionals related to these areas; although, they are open to receive applications from people with other careers who are interested in belonging to this community.

Among the conditions that applicants must meet are: being over 24 years of age, living outside of Arkansas, having the possibility of moving to the region in the next six months, as well as be eligible to live and work in the United States.

One of the requirements that he also mentions the page where you apply to participate in the program is to have full-time employment that can be performed remotely or independently. This is not entirely in line with the intention of attracting talent to drive technological development in Arkansas, as they would be people who would be working for an outside company. However, it may not be such a strict requirement today, given the evolution of the labor market in this region.

In Arkansas there is not only Bitcoin, there are also bicycles and art

In addition to the $10,000 bitcoin incentive, the NWA Council also offers relocation program participants a road or mountain bike, depending on the beneficiary’s preference. This extra bonus is being offered because Northwest Arkansas is known for having Ideal routes for those who are dedicated to these branches of cycling.

Those who prefer art over sports can opt for an annual subscription to local cultural institutions, such as museums, theaters and art centers.

The Northwest Arkansas relocation initiative began in November 2020. At that time, the $10,000 was offered in cash to its participants. However, in view of the growing interest in bitcoin and the recent trend to receive salaries or payments in BTC, those in charge of this program decided to provide the opportunity to deliver the incentive in satoshis.

From its launch to the present, the initiative del NWA Council has received more than 35,000 applications from all 50 states of the nation and more than 115 countries around the world.

Financing the development of Bitcoin

Initiatives like the one being presented in Arkansas are critical to the growth of Bitcoin and its underlying technology. Those who are dedicated to development and maintenance In this network, as it is an open source project and not private or institutionalized, Bitcoin developers do not have a fixed salary or fees based on their performance. They depend on donations and contributions that people make to them of their own accord.

Fortunately, there are organizations and initiatives that provide support to those who belong to this sector of the bitcoiner community. Jack Dorsey, the co-founder and former CEO of Twitter, has been one of those who has shown the greatest interest in supporting Bitcoin developers.

Dorsey, along with rapper and music producer Jay-Z, created a funding pool for Bitcoin developers from Africa and India. The news was released in February 2021 and was reviewed by CryptoNoticias. The fund initially consisted of 500 bitcoins which, according to its market price at the time, was the equivalent of about USD 24 million.

Another project that came from Dorsey’s hand was announced a few days ago. The initiative It is called the Bitcoin Legal Defense Fund and seeks to provide legal assistance to Bitcoin developers who have been the subject of complaints related to their work in this network.

In the bitcoiner ecosystem, investors and miners usually have a great role in the media. Their work seems to get more attention from people and this is most likely because they are the niches that generate the most profit. However, the developers are no less important than the rest of those involved in the evolution of Bitcoin.

It is essential to have a good team of highly trained people committed to the vision of Satoshi Nakamotoso that Bitcoin continues to grow and become the free and universal financial system that it promises to be.