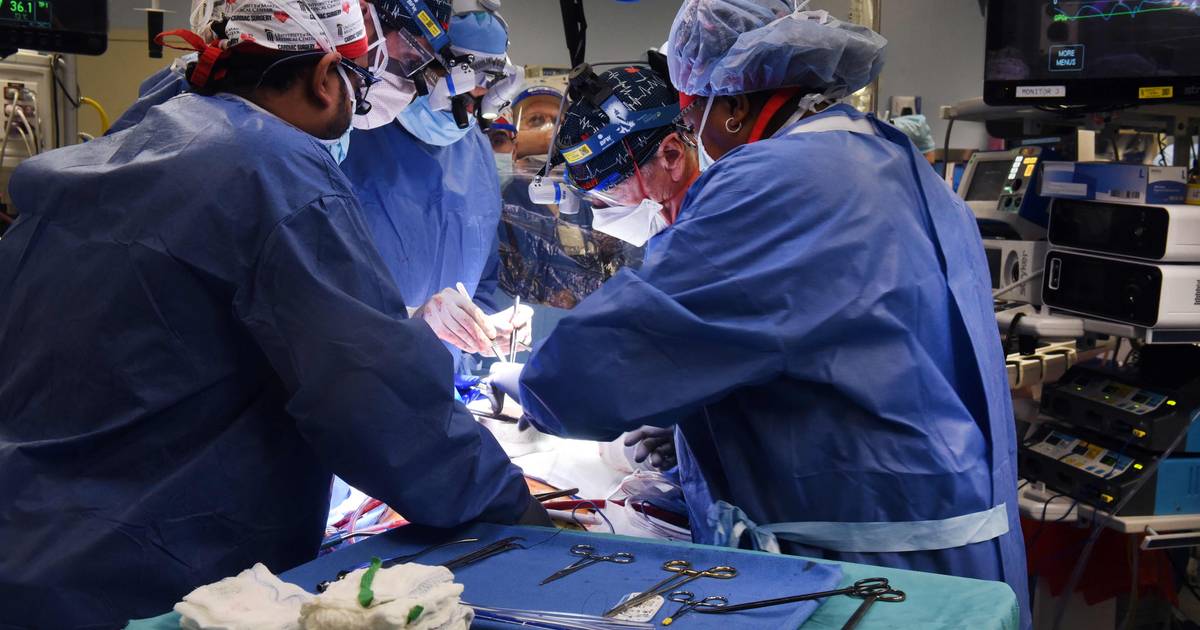 Baltimore The experiment with no guarantee of success was the patient’s only chance. The 57-year-old patient is doing well three days after the operation at the Baltimore clinic. The organ of a genetically modified pig was inserted into it.

Doctors in the US transplanted a pig heart to a seriously ill patient for the first time. Three days after the operation, the patient is fine, said the Medical Center of the University of Maryland. The transplant showed that the heart of a genetically modified animal can function without being rejected immediately. However, it remains to be seen whether the highly experimental operation was actually a success.

The 57-year-old patient’s son said his father knew there was no guarantee of success for the experiment, but that he was dying with no prospect of a human heart transplant. The University of Maryland quoted patient David Bennett as saying, “I want to live. I know it’s a shot in the dark, but it’s my last choice. ”That’s what he said the day before the operation at the hospital in Baltimore. The operation on Friday lasted seven hours.

Medical professionals have been striving for decades to one day use animal organs for life-saving transplants. Earlier attempts failed, mainly because the patient’s body quickly rejected the animal organ. In 1984 an infant lived with the heart of a baboon for 21 days.

The difference this time: the surgeons used the heart of a genetically modified pig. A sugar substance in the cells, which is responsible for the extremely rapid rejection of organs, has been removed from him. “If that works, there will be an endless supply of these organs for people who are suffering,” said Muhammad Mohiuddin, the scientific director of the university’s animal-to-human transplant program.

The responsible US drug agency FDA had issued an emergency approval for the operation. It is possible when a life-threatening patient has no other options.