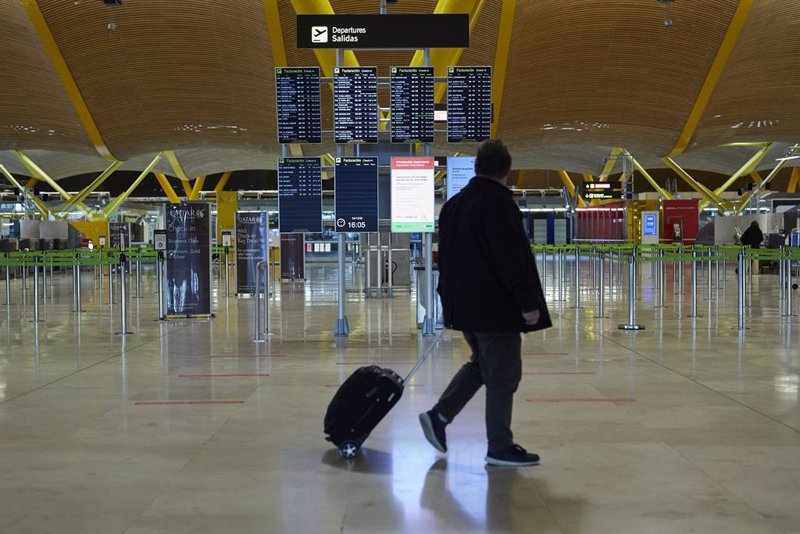 At the height of the Christmas holidays and in a scenario already marked by the upward trend in infections, the regional governments are weighing the option of restrict mobility between communities, the capacity and hours of the hospitality industry, just when the vaccination campaign against Covid-19 has just started. There are already four communities that have tightened restrictions on New Year’s Eve doors: CAntabria, Balearic Islands, Extremadura and Madrid. Do you know what documentation you need if you are going to move?

Despite everything, the importance of these dates allows displacements to spend the most significant days with the family and relatives. This is quite an ambiguous measure, and the Ministry of the Interior has not sent any instructions to the Security Forces and Forces to specify the documents that could be requested in case of mobility control.

It is also convenient to show census certificates in the case of people who return home, such as students or relatives with whom the surname is shared.

For now, it should be remembered that planned measures do not contemplate as an exception to mobility go to a second residence. In other words, displacement is still prohibited if it implies crossing the autonomic limit or if it implies interprovincial transfer or between perimeter localities.

Some autonomous communities have opted for tighten restrictions for New Year’s Eve, like Cantabria, the Balearic Islands and Extremadura. Other regions will study throughout the week to adopt new measures as well, after the first Christmas stretch.

BalearesFor example, it announced this Sunday that it would reinforce measures to avoid crowds, maintaining a curfew at ten at night for two more weeks, including the end of the year.

It will be in Mallorca where the restrictions will be reinforced the most, closing hotels at six in the afternoon from this Tuesday and shops at eight (except for essential products), and shopping centers will close on weekends and holidays. For its part, family gatherings will be of a maximum of six people less in the outdoor spaces in Ibiza, where there can be ten.

In Formentera, health alert level 3 is passed, being one of the main ones that limit social gatherings to a maximum of six people both inside and outside establishments.

In Estremadura They will also close hotels between six and eight in the afternoon on New Year’s Eve, and on January 1, 2, 5 and 6; and will allow a maximum of ten people at home dinners, yes, only family members.

On the other hand, it will make night mobility more flexible until 00:30 hours so that people who celebrate the end of the year in someone else’s houses can return to their residences. From this Sunday they also reduce the capacity to 30%.

As for the capital, Madrid restricts mobility from Monday to January 11 in four new basic health zones in the region, thus adding to six others. Therefore, there will be a total of ten areas in which it will be forbidden to enter or leave except for a justified reason.